Where Was Hallmark’s A Royal Corgi Christmas Filmed? Who is in the Cast? 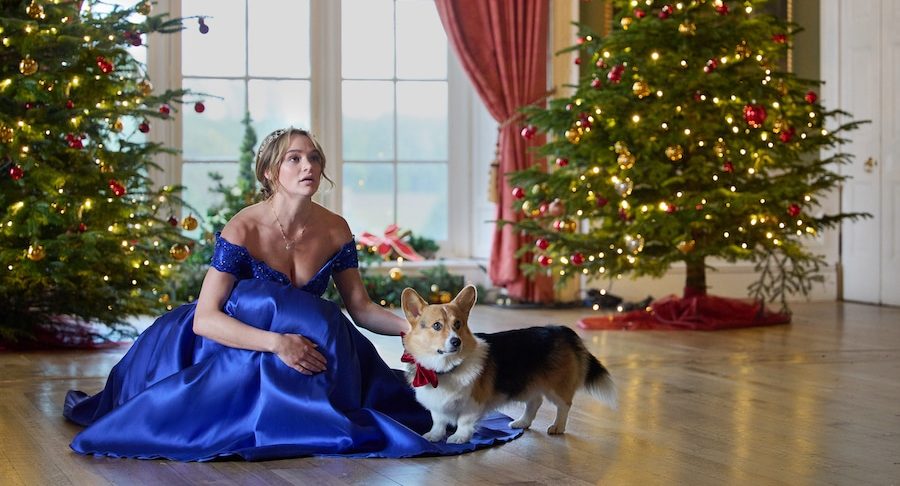 Directed by Clare Niederpruem, Hallmark’s ‘A Royal Corgi Christmas’ is a rom-com film that follows Prince Edmond, who tries to win back his mother’s love by gifting her an adorable corgi named Mistletoe. However, besides being a cute furry dog, Mistletoe is just as unruly and uncontrollable. So, in order to make the corgi presentable to his mother and everyone around for the Christmas ball, Edmond hires the services of a dog trainer named Cecily. As Edmond and Cecily work together to train Mistletoe, they form a special bond but not without some complications.

Apart from being a warm and fuzzy Christmas romantic drama, ‘A Royal Corgi Christmas’ is also equally about the special bond between dogs and their owners. This interesting twist in a holiday film makes it all the more appealing and entertaining to the viewers. Moreover, the backdrop of a castle where the royal family resides is enough to spark questions about the movie’s actual filming sites. In case you are wondering the same, allow us to fill you in on all the details about the Hallmark film!

‘A Royal Corgi Christmas’ was filmed in Ireland and the westernmost Canadian province of British Columbia, specifically in County Dublin and the port city of Vancouver, also dubbed Hollywood North. As per reports, the principal photography for the romantic film commenced in September 2022 and seemingly wrapped up within a month or so, in October of the same year. Now, let’s take a look at all the specific sites that appear in the Hallmark movie!

‘A Royal Corgi Christmas’ was reportedly lensed entirely in Ireland, primarily in County Dublin, the most populous county of Ireland. While the filming unit traveled to various sites across the city of Dublin, including North Dublin, to tape different exterior scenes, they primarily set up camp in and around the Ardgillan Castle. Located in Balbriggan in County Dublin, it was built in 1738 by Robert Taylor and named Prospect House. Although it is referred to as a castle, it is actually a country-styled residence with castellated embellishments. Some portions of the castle are open to visitors for guided tours.

The adorable Mistletoe’s real name is Bonbon. The corgi star was trained by Sandra Strong, a dog trainer and veterinary nurse. In a November 2022 interview with Entertainment Weekly, Sandra Strong explained some intricate details about the buffet scene, including how long it took to train Bonbon, which was the most difficult scene to pull off. She said, “Probably about three, four weeks. He was supposed to run through the table and pull off the top, then come through the trifle, and then arrive at the ham. That’s what we were (rehearsing).”

Sandra added, “…It’s all in, like, one take. It’s not, “Let’s set up a little scenario,” and he does that one. And then the next one. He slips the door handle first, then he goes to the food trolley, then he runs across the stage, and then he goes under the Christmas presents — all that was done in more or less one take because it was on a wide (shot) and then they zoomed in. So you had to get it right the first time because once he destroyed something, there’s no way you could put it back together again.”

It seems that the team of ‘A Royal Corgi Christmas’ carried out some pre-production work in Vancouver, the most populous city in British Columbia. Located in the province’s Lower Mainland region, Vancouver is a popular filming destination due to its favorable backdrops and climate, tax benefits, skilled technicians, and other facilities. Thus, it won’t be surprising if the production team of Hallmark production also chose the city as a shooting spot. Over the years, it has served as a prominent filming site for several productions, such as ‘The Age of Adaline,’ ‘2 Hearts,’ ‘Firefly Lane,’ and ‘Batwoman.’

Hunter King essays the role of canine expert Cecily. She features in various movies and TV shows, such as ‘Hidden Gems,’ ‘Nikki & Nora: Sister Sleuths,’ ‘Prospect,’ ‘Life in Pieces,’ and ‘The Young and the Restless.’ This might be the reason why some might find her face familiar. Starring alongside King is Jordan Renzo, who portrays Prince Edmond in the Hallmark movie. You may recognize him for his roles in ‘The Spanish Princess,’ ‘Boys from County Hell,’ ‘Little America,’ ‘The Witcher,’ and ‘Class.’

Read More: Where Was Hallmark’s A Cozy Christmas Inn Filmed? Who is in the Cast?