8 Movies Like I Believe in Santa You Must See

Netflix’s ‘I Believe In Santa’ is a romantic comedy movie that revolves around the dreamy relationship between Lisa and Tom. However, their relationship hits a roadblock when Lisa discovers that Tom loves Christmas, and he still believes that Santa is real. Lisa, on the other hand, does not like celebrating Christmas at all. This clash of beliefs in the couple leads them to rethink the course of their relationship. Helmed by Alex Ranarivelo, the movie is headlined by real-life couple Christina Moore and John Ducey and also stars Violet McGraw.

The movie charts the issues and hurdles faced by most couples in a relationship; differences in opinions and beliefs are fairly common, and they further accentuate the individuality of each partner. However, for a relationship to work, people need to agree on some fundamental things so as to be on the same page. The film covers such aspects and leaves the viewers with a great ending. If you want to watch movies that revolve around such themes, then the following suggestions are perfect for you. You can watch most of these movies similar to ‘I Believe In Santa’ on Netflix, Hulu, or Amazon Prime. 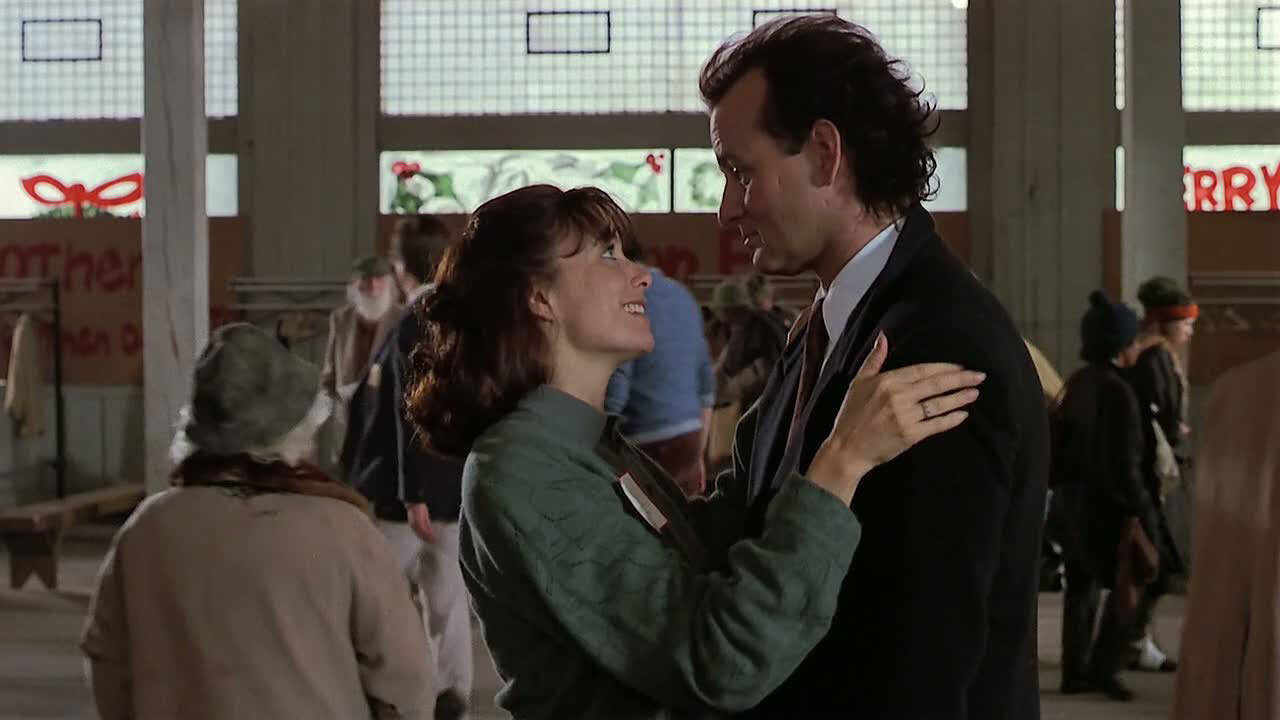 Directed by Richard Donner, ‘Scrooged’ is one of the many ‘A Christmas Carol’ adaptations. Three ghosts come to earth to haunt a despairing and egocentric TV producer, Frank. He must learn the error of his ways to continue to live a happy life. In the process, he learns the true meaning of Christmas. Like ‘I Believe In Santa,’ this comedy–drama movie also features a cynical protagonist who does not see the merit of the Christmas festival. Both Lisa and Frank prove that it is the easy way out by not believing in something that you can’t see. It takes courage and faith to believe in the unthinkable. 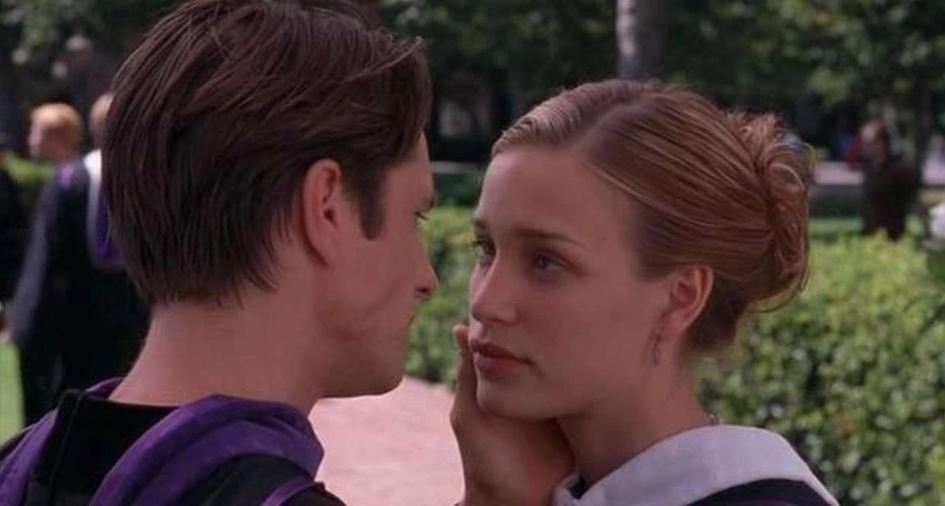 Directed and co-written by Matt Cooper, ‘Perfect Opposites’ is the story of Drew Curtis and Julia Bishop’s complex relationship. After graduating from college, they move to Los Angeles and face their first relationship hurdle. The romantic comedy movie focuses on the core differences between men and women and how they function as a couple.

As the title suggests, Drew and Julia are in love with each and resolve to work together on the trials and tribulations to make their bond stronger. Like Lisa and Tom, Julia and Drew also face considerable hurdles in their relationship and do their best to overcome them. Both couples prove how love changes people and makes them adjust to their partner. 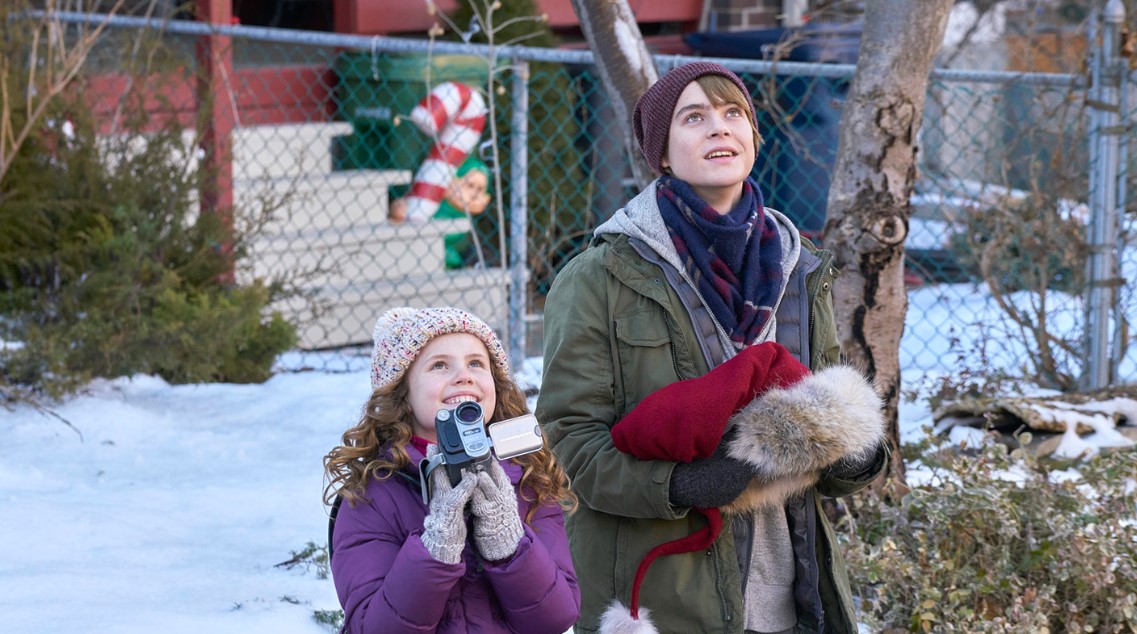 A great adventure begins when an innocent little girl, Kate, aspires to catch Santa in the act. Her brother, however, quashes her beliefs and tells her that Santa is not real. The jolly festival gets exciting when the main man, Santa, shows up. The brother-sister duo ends up helping Santa in delivering presents and saving Christmas for the rest of the world.

Directed by Clay Kaytis, the adventure movie ‘The Christmas Chronicles’ depicts the essence and spirit of Christmas brilliantly. Like Ella in ‘I Believe In Santa,’ Kate is also a young and innocent girl who struggles to keep her belief in Santa. She also has a long list of things she wishes for and hopes Santa will fulfill them. 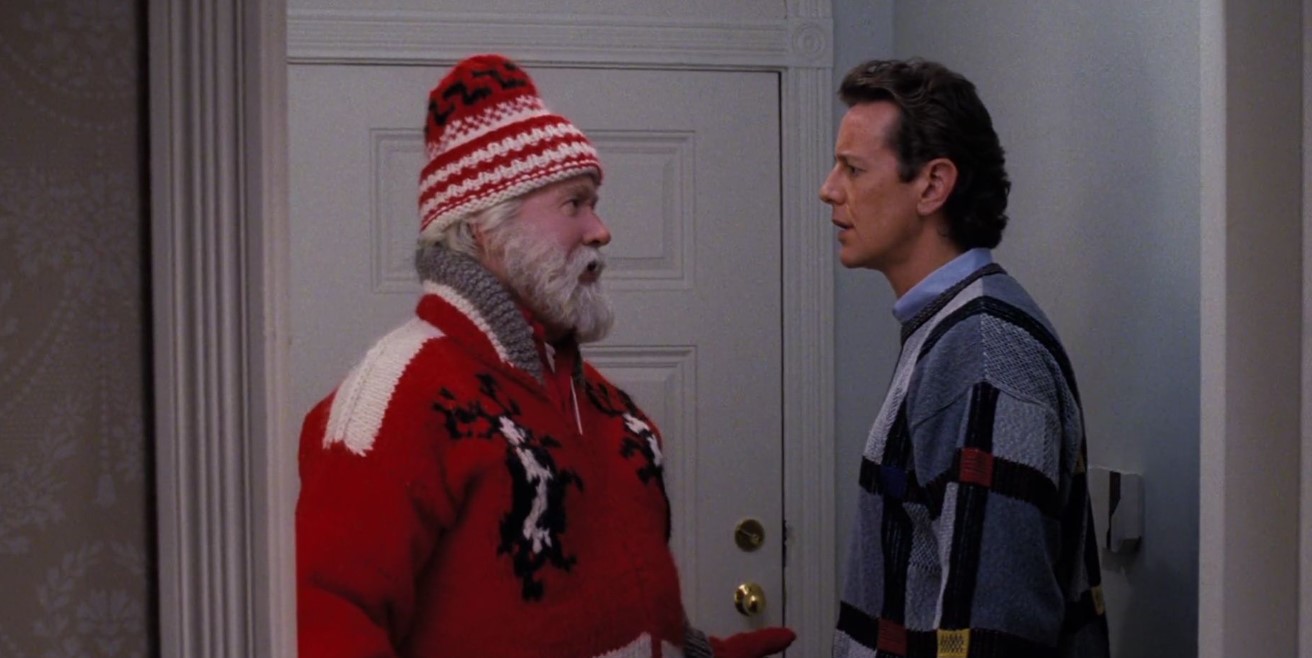 When a non-believer in Santa causes Santa’s death, he must don the suit and save Christmas. As per a magic clause, Scott has to take Santa’s place after the latter dies. This proves even more difficult because Scott does not buy the reality of Santa and refuses to believe he is real. Scott takes his son’s help to go around the houses at midnight and deliver all the presents. Directed by John Pasquin, ‘The Santa Clause’ witnesses Tim Allen as Scott AKA replacement Santa. Like Lisa, Scott does not believe in Santa either. The two protagonists go on to alter their beliefs in their respective movies. 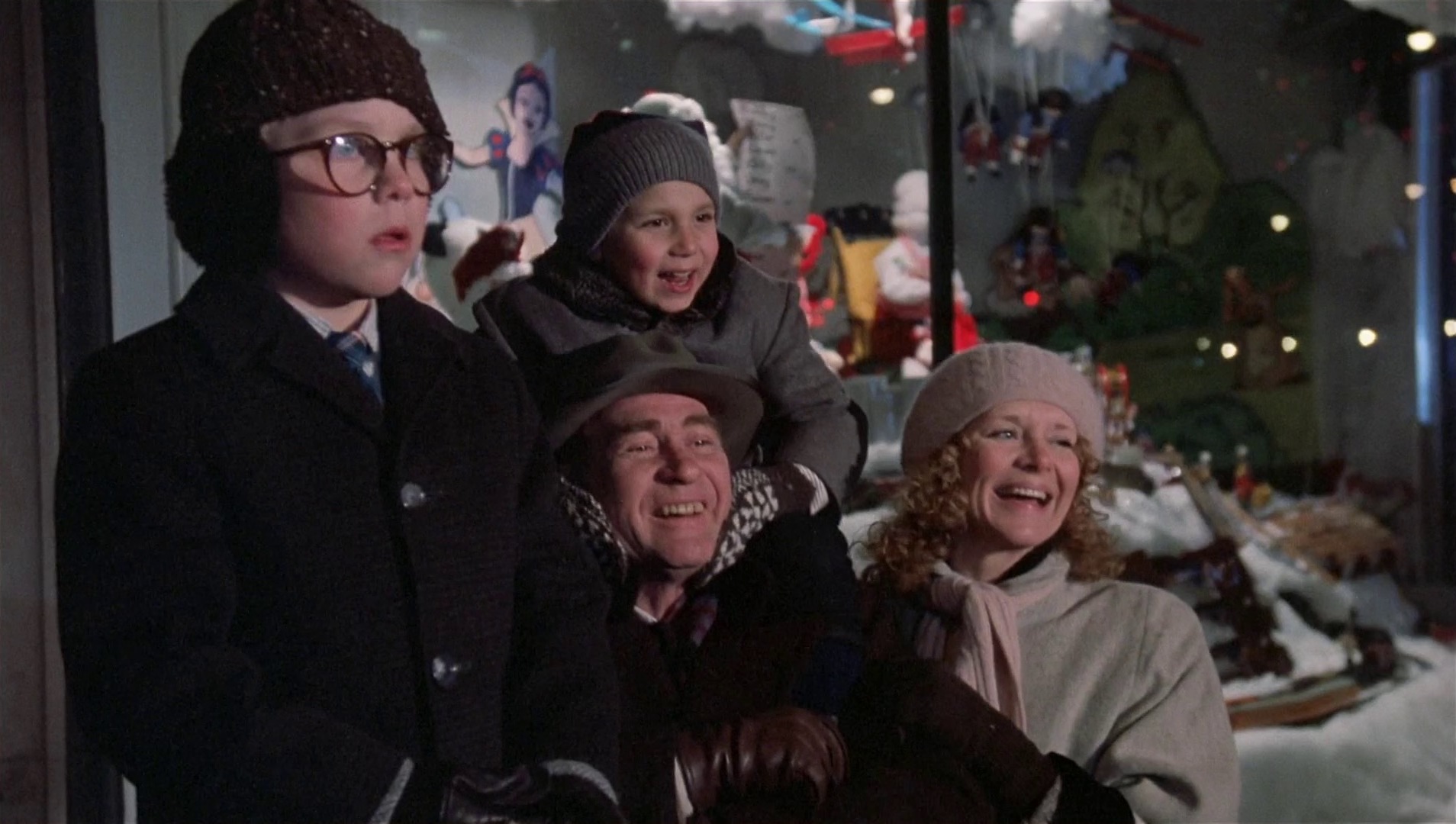 This family comedy movie is based on Jean Shepherd’s novel ‘In God We Trust, All Others Pay Cash.’ Set in the 1940s, a young kid convinces his parents to buy him the perfect Christmas present. Ralphie wants a red rifle for Christmas and can do anything to make it happen. Directed by Bob Clark, ‘A Christmas Story’ brings a child’s outlook on Christmas into perspective. Ralphie from ‘A Christmas Story’ and Ella from ‘I Believe In Santa’ have a lot in common. From Christmas wishlists to childlike wonder of the merry festive season, both children in their respective movies strive to keep the holiday excitement alive.

The eponymous book by Chris Van Allsburg forms the basis for this movie adaptation. Directed by Robert Zemeckis, ‘The Polar Express’ chronicles the magical journey of a young kid to the North Pole. Aboard the Polar Express, kids visit the North Pole and see Santa Claus. The kid wants to believe in Santa and keep his faith alive. Furthermore, the train ride teaches the kids various things, from courage and friendship to faith and the spirit of Christmas. Similar to the aspects of ‘I Believe In Santa,’ this family adventure movie furthers the lesson that one should always have faith and belief to not crush under the mountain of doubt.

Directed by Les Mayfield, this heartwarming family movie explores the experiences of Kris Krangle, who claims to be the real Santa. Meanwhile, the relationship between Fred and Doris blossoms during the cheery Christmas times. Doris has a daughter Susan, who is conflicted with her belief in Santa. She wants her family back and to be happy.

However, when Kris and Susan cross paths, their lives get intertwined, and Susan begins to see the magic of Christmas. ‘Miracle On 34th Street‘ has the same childlike wonder and excitement over the merry festival as Tom exhibits in ‘I Believe In Santa.’ The lead characters in both movies share the concept of doubting versus believing. Additionally, the movie navigates the conflict while furthering the plot. 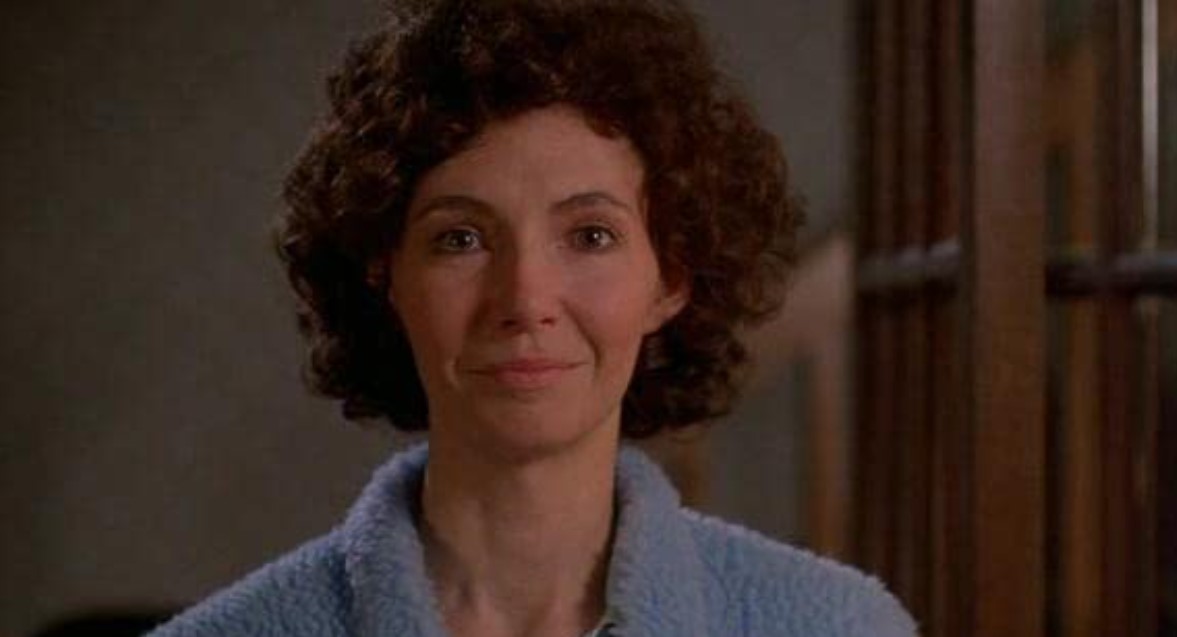 An angel is sent to earth to turn a non-believer into a person with faith. Ginny does not like Christmas and nor does she believe Santa exists. However, the angel Gideon makes her see the true importance of love and family in life. Thus, she experiences everything she has been missing out on. Directed by Phillip Borsos, ‘One Magic Christmas’ is indeed a magic and fun-filled family movie. Though Tom is no angel in ‘I Believe In Santa,’ he makes Lisa realize the true meaning of Christmas and makes her fall in love with the festival again. Gideon does the same for Ginny in ‘One Magic Christmas.’

Read More: Are I Believe In Santa’s Lisa and Tom Married in Real Life?