Love is Blind Season 3: Who Are Still Together? Where is the Cast Now? 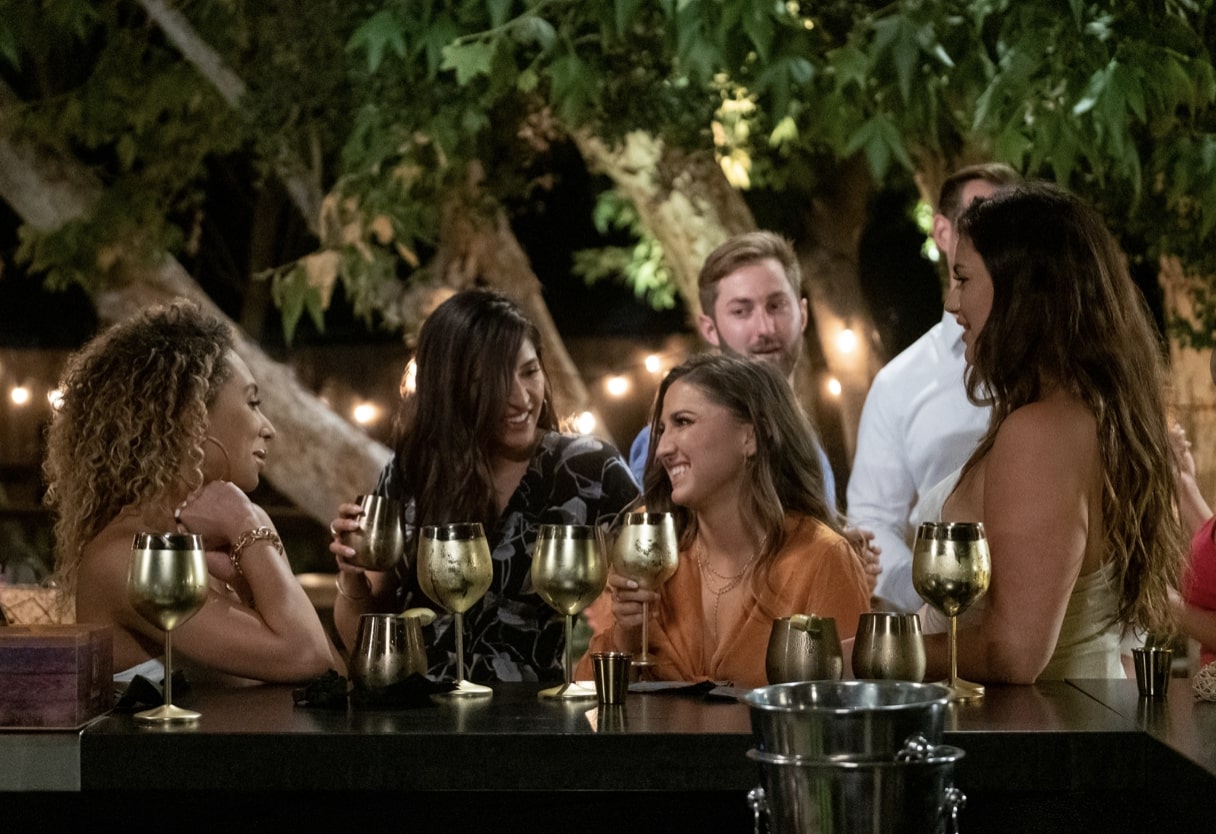 Netflix’s ‘Love is Blind‘ is a dating reality series with an intriguing premise. The show welcomes several men and women to participate in an experiment that tests the concept of love and inner beauty through specially constructed pods. After all, they allow the singletons to go on dates, essentially talk about any topic under the sun, and develop a purely emotional connection by inhibiting them from ever seeing one another. In fact, the participants onle come face to face with their chosen partners if they decide to get engaled based solely on their interactions in the pods.

As expected, the show thus has its fair share of successful partnerships owing to sheer human vulnerability, yet not all of them translate to the real world and successfully walk away from the altar. The third season of this production — set in Dallas, Texas — gave us five such initial couples, and fans could not help but be completely captivated by their individual as well as romantic journeys. Therefore, with the recent release of the show’s finale, it’s no surprise they are eager to know what their favorite pairings are up to and if they are still together. So, let’s find out the same, shall we?

Where Are Alexa Alfia and Brennon Lemieux Now?

Starting off with perhaps the most beloved couple from the season, we have Alexa Alfia and Brennon Lemieux. Their love honestly warmed the hearts of many from the very beginning owing to their honesty, understanding, and openness, so of course, they both said, “I do.” We’re thus happy to report that it appears as if they’ve managed to maintain the same and are happily married to this day. The fact they’ve both shared multiple pictures alongside each other on their respective social media profiles, where they do not shy away from voicing their affection either, makes their current standing pretty clear as well.

“Just two people who found love behind a pod wall and were trying to see if this love would last a lifetime,” Alexa candidly penned in one of her recent posts, as seen above, which is a sentiment Brennon also shares with all of his heart. As of writing, from what we can tell, while the former is the manager of Allstate Insurance Agency, a company she took over from her mother as a third-generation Insurance Agent, the latter is working as an Account Sales Representative for Advantage Water Engineering and is also an aspiring entrepreneur.

Where Are Colleen Reed and Matt Bolton Now?

As one of the only two couples who ended up tying the knot in ‘Love is Blind’ season 3, Colleen Reed and Matt Bolton have garnered much attention since the original production’s premiere. After all, their their time together throughout the experiment was far from smooth and neither party were sure what they’d say at the altar, but they still made it work. Therefore, yes, the couple remain blissfully married — they might not appear so considering they don’t even follow one another on any social media platforms as of writing, but they are.

Despite their lack of PDA or the fact they don’t even live together at the moment (owing to finance, lease, and roommate issues), Colleen and Matt appear perfectly content with their present situation. Though it’s imperative to note they do plan to move in together around early 2023 and have truly found a pillar of unwavering support within one another, as made evident through the reunion special and their recent media interviews. Presently, ballet dancer Colleen works as a Senior Digital PR Strategist for Fractl and is also affiliated with the Oklahoma International Dance Festival as a freelance Marketing And Public Relations Coordinator. On the other hand, her husband Matt is a part of Leviate Air Group as a Charter Sales Executive.

Where Are Raven Ross and Sikiru “SK” Alagbada Now?

Moving on to couples who simply could not promise one another forever on their fateful wedding day, we first have Raven Ross and Sikiru “SK” Alagbada. They are a pair who genuinely had everyone rooting for them owing to their soft, understanding, calm relationship even in the face of serious hurdles, yet sadly their time on the show didn’t in the way fans had hoped. Surprisingly, it was SK who said no at the altar, fearing that they might be moving too fast considering their individual dreams and plans for the future. While Raven was understandbly heartbroken about it, she did understand his reasoning and even got support from his mother, which is something she’d truly always desired.

Plus, since Raven and SK had parted ways on amicable terms, they’d left the door open to reconnect, which is precisely what they’ve done. In other word, not only is the former still extremely close to the latter’s mother, as evidenced above, but the duo are also romantically involved again — they’re just making things work long distance at the moment. As of writing, Raven serves as a Certified Pilates Instructor at Classic Pilates, a Barre Instructor, and a TriggerPoint Foam Rolling Specialist in Dallas, whereas her boyfriend is pursuing his MBA degree (class of 2023) from the University of California, Berkeley, Haas School of Business.

It’s also imperative to note that while the fitness enthusiast has recently taken to different social media platforms like Youtube and Instagram to expand her reach even further, she posts fitness-related content, the Nigerian man is still a part of JPMorgan Chase & Co, Dallas, Texas, as a Senior Data Engineer and is serving as the Co-Chair of LAUNCH: The University of California’s Startup Accelerator.

Where Are Nancy Rodriguez and Bartise Bowden Now?

The next couple who almost got married is Nancy Rodriguez and Bartise Bowden. Though the two had initially made a strong bond, they struggled after meeting each other and spending time in the real world. The apparent deterioration of their romantic relationship led Bartsie to say “I don’t” at the altar, much to Nancy’s pain. After the wedding-that-wasn’t, Nancy and Bartise discussed the future of their relationship, with the former making it clear that she did not want to continue the relationship between them.

As of writing, Nancy and Bartise do not seem to be in a relationship. While Bartise has made a few posts featuring Nancy in recent days, Nancy’s posts focus more on the show than on her on-screen partner. They do follow each other on Instagram and seem to have reached some sort of accord about their bond. Talking about their professional lives, Nancy is working as a Speech-Language Pathologist for her practice, Habla Conmigo, in Kit Lane, Dallas. She also invests in real estate and often shares her projects with her fans on the internet. Bartise also seems to be thriving in his career and is presently a Senior Analyst at VMG Health.

Where Are Zanab Jaffrey and Cole Barnett Now?

Last but certainly not least, we have Zanab Jaffrey and Cole Barnett. The connection between the two started off strong and had many playful and endearing moments. However, they had their fair share of struggles stemming mainly from Cole’s comments about Colleen’s physical appearance and Zanab’s hesitance to consider Cole’s words for her as genuine. Hence, when Zanab refused to wed Cole, fans could not help but wonder what happened next.

Currently, Cole is still following Zanab on social media and has even shared pictures and videos featuring her. The captions of his posts indicate a journey that he remembers in a bittersweet manner. On the other hand, Zanab is not following Cole though she has shared content that includes him.  As of writing, Zanab is a Realtor for Ebby Halliday and also works as a Flight Attendant for American Airlines. Meanwhile, Cole is also thriving in the real estate industry as the Owner of Bdellium Real Estate and Acquisition Manager of JZ Home Buyers.

Read More: Love is Blind Season 2: Where is the Cast Now? Who Are Still Together?