Netflix’s ‘God’s Crooked Lines’ is a Spanish psychological suspense mystery movie set in 1979 in a mental asylum. Directed by Oriol Paulo, the film is based on the eponymous novel by Torcuato Luca de Tena. In the movie, Alice Gould admits herself to a mental institution under the guise of a mentally ill person. Alice is a private investigator who wants to find out about a former patient’s alleged murder.

As the narrative unfolds, she realizes her own credibility as a PI is in question due to her potentially unstable mind. Alice sets out on a path to prove her sanity but discovers dark conspiracies that will soon determine her fate. ‘God’s Crooked Lines’ is an intriguing film that comprises several classic tropes of the psychological thriller genre. However, it also has philosophical and spiritual facets, which add more layers to the tale. If you’re into such stories, we’ve got a list of films just for you. You can watch most of these movies similar to ‘God’s Crooked Lines’ on Netflix, Hulu, or Amazon Prime.

Based on Stephen King’s novella ‘Secret Window, Secret Garden,’ ‘Secret Window’ is a mystery thriller movie directed by David Koepp. In the film, Mort Rainey (Johnny Depp) shifts to a secluded cabin while struggling with the ongoing divorce procedures in search of peace. But, his plans to experience serenity are disturbed by a stalker who accuses Mort of plagiarising the former’s work.

‘Secret Window’ and ‘God’s Crooked Lines’ have distinct tonalities and representations of mental illness. The former has undertones of satire and dark humor, whereas the latter is serious and tries to make a statement about people who suffer from disorders. In some ways, the David Koepp directorial seems comparable to ‘The Machinist’ because the two lead characters are haunted by men they do not know. When it comes to Alice from the Oriol Paulo directorial, she carries a certain amount of self-awareness we see in Mort Rainey. We see both characters being confident about what they see and know but questioning themselves occasionally, inducing uncertainty and intrigue within the audience.

Directed by Darren Aronofsky, ‘Black Swan’ is a psychological drama film that follows a ballet dancer’s quest for perfection in her art form. Though ‘Black Swan‘ and ‘God’s Crooked Lines’ differ vastly in terms of the premise, they share a common ground regarding the portrayal of mental illness. Nina’s hunger for getting the lead role in a musical transforms into a slow descent into madness.

The way Nina (Natalie Portman) spirals down is reminiscent of how Alice seems to lose herself whenever she is confronted with certain facts. While Nina’s goal is to play the lead, Alice’s goal is to leave the asylum while ensuring that she is deemed a sane person. In addition, both films use symbolism to depict concepts such as narcissism and obsession, which adds significant depth to the stories. 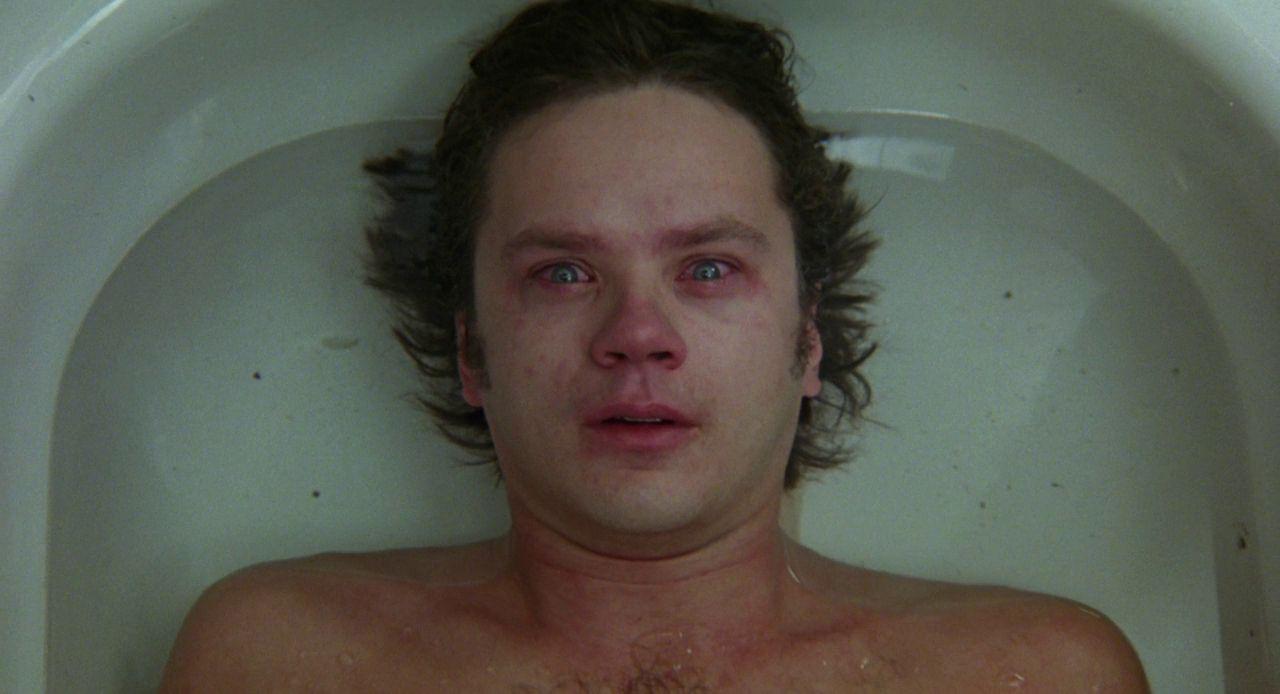 ‘Jacob’s Ladder’ is a fascinating case study about what happens to war veterans and soldiers who have extreme PTSD. Directed by Adrian Lyne, the movie revolves around Jacob Singer (Tim Robbins), who grieves over the loss of his child while trying to overcome the severe case of dissociation.

The psychological horror movie has eerie elements which send chills down the audience’s spine. Alice’s efforts to understand what’s real and what’s not in ‘God’s Crooked Lines’ seem like a much toned-down version of what Jacob goes through. Furthermore, we see subtle hints of extreme paranoia on Alice’s face, reminiscent of Jacob’s. Another facet that brings these movies together is their authentic portrayal of paranoia. The innate realism in the illness’ depiction catches the audience’s attention, and they get invested in the characters.

‘A Beautiful Mind’ is a biographical drama about Nobel Prize-winning mathematician John Nash (Russell Crowe) and his struggles with paranoid schizophrenia. Directed by Ron Howard, the film is based on the eponymous biography by Sylvia Nassar. Unlike ‘God’s Crooked Lines,’ ‘A Beautiful Mind‘ chronicles the entire life of John Nash instead of focusing on a specific part.

But, in their own way, both movies portray mental illness with utmost authenticity and respect. On the one hand, the Ron Howard directorial focuses on living with schizophrenia; on the other hand, Oriol Paulo’s movie adaptation sheds light on how therapy and psychiatry functioned back in 1979. In addition, a few scenes where Alice Gould tries to understand what’s happening around her remind us of John Nash trying to differentiate between reality and imagination. Despite both movies being of different genres, they captivate the audience and keep them hooked until the end.

‘Identity’ is a horror thriller film loosely inspired by Agatha Christie‘s, ‘And Then There Were None.’ Directed by James Mangold, the story follows a group of 10 strangers stuck at a motel due to the storm outside. Chaos ensues when they die one by one, and the survivors start turning against one another. One of the fascinating aspects of ‘Identity‘ is the narrative style which shares a semblance with that of ‘God’s Crooked Lines.’

The chronology of events plays a significant role in the audience’s understanding of the story as it unravels before them. The James Mangold directorial combines the classic whodunnit format with mental disorder and uses it to elevate the movie’s enigmatic nature. ‘God’s Crooked Lines’ seems to follow a similar way of storytelling where the illness and its explanation are plot devices that drive the story.

‘Fight Club‘ is one of the most intriguing psychological drama films that has attained a cult-classic status. Directed by David Fincher, the movie is based on the book of the same name by Chuck Palahniuk and follows an insomniac who starts an underground ‘Fight Club’ with Tyler. But, what starts out as a harmless activity becomes much darker.

Though the David Fincher directorial and ‘God’s Crooked Lines’ focus on different mental disorders, the two share similar storytelling tropes. For instance, the story seems to progress in a specific direction, and just when the audience thinks it knows what’s happening, they witness a twist. Another common aspect between both films is how the lead characters seem to believe in a purpose until their true nature comes to the forefront.

‘The Machinist’ is widely popular for Christian Bale‘s body transformation and how thin he got for the role. However, the film, directed by Brad Anderson, is a profound depiction of mental disorders. The film revolves around Trevor Reznik, an insomniac, followed by a man visible only to him everywhere. As the film progresses, Trevor gets thinner until he finds the truth behind his condition and the seemingly omnipotent figure.

Although Trevor in ‘The Machinist‘ is vastly different from Alice in ‘God’s Crooked Lines,’ both characters make the audience question what’s real and what’s not. The two lead characters possess unique ticks and traits that the audience tries to understand and arrive at a conclusion. In a way, Trevor and Alice immerse us in the film by making us look for answers as the story unfolds.

Directed by Martin Scorsese, ‘Shutter Island‘ is based on the book of the same name by Dennis Lehane. The film is arguably one of the best psychological thrillers of the last two decades. ‘God’s Crooked Lines’ is akin to the Martin Scorsese directorial in various ways. For instance, in the latter, Teddy Daniels (Leonardo DiCaprio) is a police inspector who enters a mental asylum to investigate an alleged crime. In the former, Alice is a private investigator who admits herself to a medical institution to find out about a former patient’s death.

Both characters show peculiar behavior, making the others in the story doubt their mental state. Furthermore, Dr. John Cawley’s (Ben Kingsley) off-beat route to treating patients is analogous to Dr. Samuel Alvar’s reforms in his asylum. Overall, the two films share a lot, including tonality and narrative.