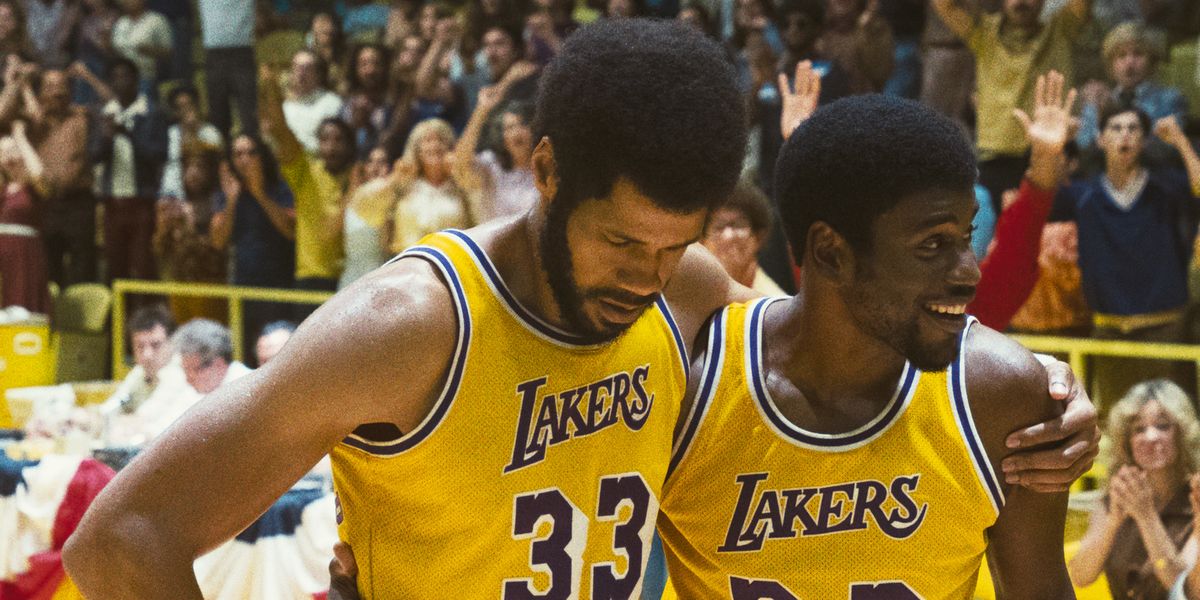 ‘Winning Time: The Rise of the Lakers Dynasty‘ finale brings the Los Angeles Lakers to the end of their 1979-80 NBA campaign. As the team faces off against the formidable Philadelphia 76ers in the NBA Finals, all eyes are on the Lakers, who are vying for their first title under new owner Jerry Buss. However, the Lakers are forced to play the last game of the finals series without an important player. With their resolves tested and the championship title on the line, the players give their all on the court. But is it enough to crown them as victors? Let’s find out! Here is everything that happens in ‘Winning TIme’ episode 10, titled ‘Promised Land.’ SPOILERS AHEAD!

The season 1 finale opens during the fifth game of the 1980 NBA Finals Series between the LA Lakers and Philadelphia 76ers. During the match, the Lakers are in a commanding position thanks to the stellar performance of Captain Kareem Abdul-Jabbar. However, late in the fourth quarter, Abdul-Jabbar picks up an ankle injury. Nonetheless, he continues playing, leading the team to victory and giving the Lakers a 3-2 lead in the Finals Series.

After a scan, it becomes evident that Abdul-Jabbar will not be able to play in the sixth and deciding game of the Finals. Coaches Paul Westhead and Pat Riley mull over a possible solution. With Abdul-Jabbar out, Spencer Haywood expects to be recalled to the team. However, he is left out due to his cocaine addiction. Meanwhile, Jerry Buss is delighted to learn that the Lakers have broken even with their finances and will be able to repay their loan. However, the rookie owner must first appoint a new treasurer after his mother’s tragic passing.

The Lakers travel to Philadelphia to play the sixth game. Before the trip, Westhead receives words of encouragement and advice from Jack McKinney. Meanwhile, Abdul-Jabbar informs Magic Johnson that he will not be playing and entrusts the responsibility of leading the team to Magic. Magic accepts the challenge and convinces his coaches and teammates to play him as a center in Abdul-Jabbar’s position. According to the fans and pundits, the Lakers have little chance of winning without the talismanic Abdul-Jabbar. However, the twenty-year-old rookie Magic Johnson resolves to prove the naysayers wrong.

Winning Time Ending: Do the Lakers Win the NBA Finals?

The sixth game of the NBA Finals starts, and everyone is surprised to see Magic playing center. He loses the opening tip to Caldwell Jones, further questioning his ability to play in the position. However, Magic quickly proves the doubters wrong and starts racking up points. The Lakers take the lead and, despite the attacking play from the 76ers, manage to remain ahead. However, as the game progresses, the Lakers begin to get tired. By the fourth quarter, the 76ers mount a comeback and are within just one point of their opponents. The game appears to be slipping out of the Lakers’ hands.

With little bench strength and the starting players feeling exhausted, the Lakers run out of options. During the time out, a tired Magic is informed by Pat Riley that he lost the NBA Rookie of the Year Award to Larry Bird by an overwhelming margin. As a result, Magic reenters the court with a renewed sense of motivation. With just 2 minutes left in the game, Magic once again turns the tide in the Lakers’ favor. He receives help from teammates Norm Nixon, Michael Cooper, and others as the lakers completely eclipse the 76ers. The Lakers win the game with a final scoreline of 123-107 and are crowned the 1980 NBA Champions.

Ultimately, Jerry Buss and his team prove the naysayers wrong by winning the NBA Championship. While it’s time for celebration, Magic, Buss, and Jerry West have their eyes set on winning more titles. With Magic at the heart of everything the Lakers do on the court and a strong squad to support him, it is evident that the Lakers will be a dominant force for a long-time to come. Thus, the finale not only marks the end of a successful season but also heralds the start of a dynasty.

Who Is the Finals MVP?

After his team’s victory, Kareem Abdul-Jabbar is informed that he has been awarded the NBA Finals Most Valuable Player Award. Despite missing the sixth game, there is no doubt that Abdul-Jabbar was the driving force behind the team’s road to the NBA Championship. Therefore, it is no surprise that he will be named the Finals MVP. However, in the episode’s final moments, NBA Commissioner David Stern decides to present the award to Magic Johnson.

Stern believes that naming Magic as the Finals MVP will benefit the league and set the stage for the next season. Since Larry Bird has won the NBA Rookie of the Year Award, awarding Magic the Finals MVP will create a narrative rivalry between the two for the next season. In the end, Magic accepts the award. Instead of feeling robbed, Abdul-Jabbar graciously congratulates his young teammate, thereby cementing the partnership that will become the core of the Lakers’ dynasty.

Who Is the Lakers’ New Treasurer?

At the start of the episode, Buss is presented with the challenge of appointing a new treasurer after the death of his mother, Jessie Buss, who held the role. Buss speaks with his daughter, Jeanie, about the role. However, he does not offer her the position. Instead, he only asks Jeanie for her advice. Although Jeanie is young, she believes that she is capable of the responsibility. She is heartbroken after learning that Buss considers bringing in her brothers to have full-time roles with the Lakers. However, by the episode’s end, it is evident that Buss needs someone experienced and capable in the role of treasurer.

With the NBA Championship wrapped up, Buss finally makes his decision and appoints Claire Rothman as the Treasurer and Vice President of the LA Lakers. Throughout the season, Rothman makes wise decisions over the team’s finances. At the same time, she understands and believes in Buss’ vision for the team. Furthermore, she is a strong independent woman, much like Buss’ mother. Therefore, Claire is the ideal candidate for the job. In the end, Buss recognizes Claire’s good work and appoints her as the treasurer.