Netflix’s ‘Hellhole,’ originally titled ‘Ostatnia Wieczerza,’ is a Polish horror film that centers on a cop named Marek, who enters a secluded monastery disguised as a monk to investigate the disappearance of girls around the area. However, when he scouts around the sanatorium for possessed people, he unravels dark secrets about the place and himself. Directed by Bartosz M. Kowalski, the movie is set in 1987 Poland, and is a great example of how classic themes can be used in a contemporary setting.

The film is off-beat in its approach as it does away with the persistent jump scares and tells a layered tale about the forces of good and evil. It is fascinating to see how the narrative and the backdrop are reminiscent of so many flicks from the genre yet has a fresh take on the premise. If you love such films which portray a sense of realism while also depicting concepts such as religious cults, we’ve got a few films lined up for you. You can watch most of these movies similar to ‘Hellhole‘ on Netflix, Hulu, or Amazon Prime.

Based on the novel, ‘The Club Dumas,’ by Arturo Pérez-Reverte, ‘The Ninth Gate‘ is a neo-noir horror-thriller film helmed by Roman Polanski. It follows Dean Corso (Johnny Depp), a rare book dealer hired by a mysterious person to find the last two copies of an ancient book that essays how to summon the Devil. However, when he sets out on this journey, he gets embroiled in dark and paranormal circumstances.

The story portrays Dean Corso’s lack of faith in supernatural elements pretty well. Like Marek in ‘Hellhole,’ Dean doesn’t believe in paranormal activities but slowly begins to do so out of sheer fear. Besides this, the two characters share a similar moral compass, which makes the audience root for them. Overall, both films portray the characters’ journeys in a compelling manner.

Directed by Scott Derrickson, ‘Sinister,’ is a film about a true crime writer, Ellison Oswalt (Ethan Hawke), who moves his family into a house where gruesome murders have taken place. He soon discovers a series of horrifying video clips, and things get darker. The story is inspired by a nightmare co-writer C. Robert Cargill had after watching ‘The Ring.’ Besides the similarities between Ellison and Marek’s core personalities, both films share a semblance of obscurity while portraying evil forces. In both cases, the audience is left guessing about what’s real and what’s not until the end. 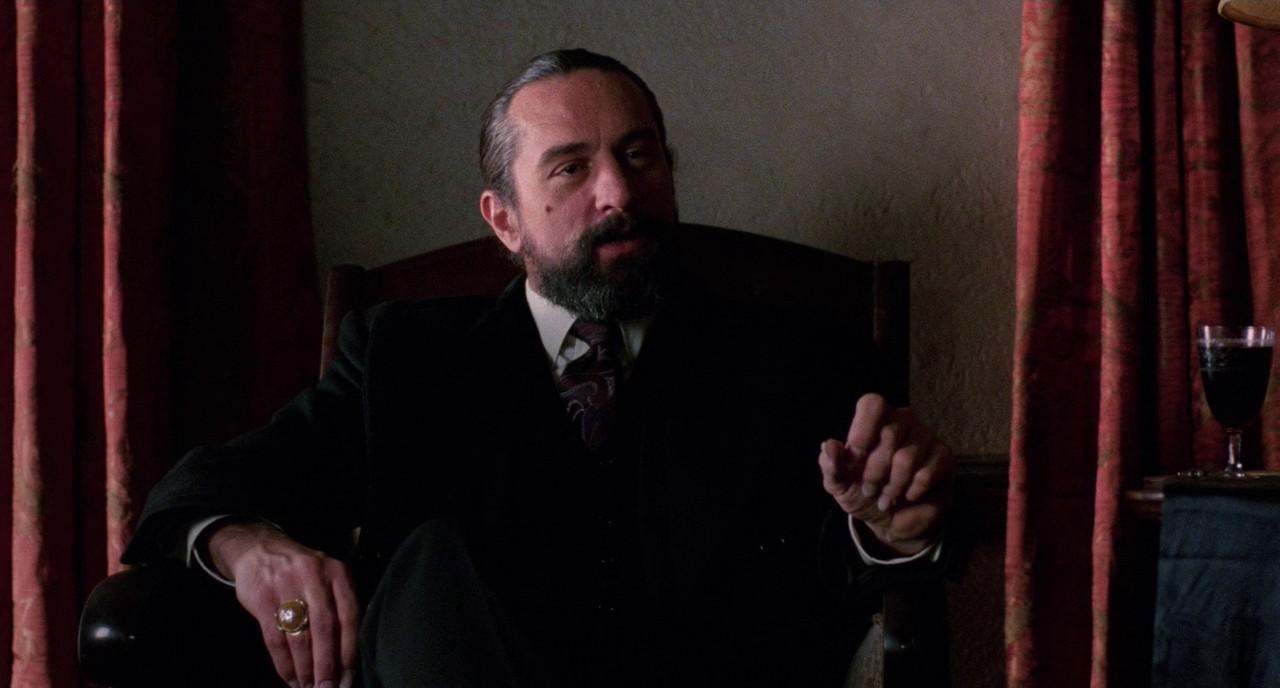 ‘Angel Heart’ is a psychological-thriller horror film based on the 1978 novel, ‘Falling Angel’ by William Hjortsberg. The story revolves around Louis Cyphre (Robert De Niro) and a private investigator named Harry Angel (Mickey Rourke), wherein the former hires the latter to track down a musician named Johnny Favorite. However, things take a dark turn, and Harry realizes how taking this case has put him in grave danger.

Although Marek is part of the militia in ‘Hellhole,’ and Harry is a private investigator, their jobs are somewhat similar. In fact, their character arcs also share several commonalities, including their naivety, inability to see the larger picture, and the resulting consequences. While these qualities give these men the vibe of an underdog, things do not necessarily go their way when you most expect them to. It’s this subversion of expectation that surprises the audience and elevates their experience.

Originally titled ‘Gokseong,’ ‘The Wailing‘ is a Korean horror film about a police officer, Jong-goo (Kwak Do-won), who investigates a mysterious disease outbreak in the village after a Japanese stranger enters it. The film blends genres such as mystery, zombie-thrillers, and horror pretty seamlessly. Although the portrayal of the so-called “evil occurrences” is off-beat in ‘The Wailing,’ it shares several tropes with ‘Hellhole.’ Both films share a brisk pace that keeps the audience engaged from beginning to end. 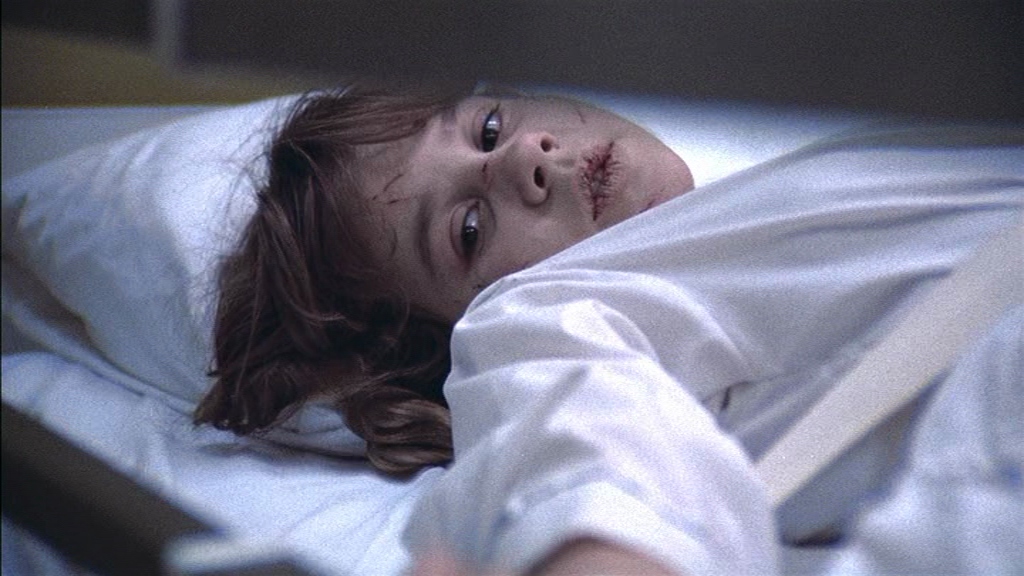 Based on author William Peter Blatty’s 1971 eponymous novel and screenplay, ‘The Exorcist’ is one of the cult-classic films in the horror genre. The movie chronicles the unusual occurrences around Regan (Linda Blair), who starts behaving strangely after playing with an Ouija board because a demonic entity possesses her. The movie is ground-breaking because of its depiction of concepts such as demons, possession, exorcisms, and more.

We see a heavy influence of the aforementioned tropes in ‘Hellhole,’ but the story flips the way they are portrayed and perceived by the characters within the movie. For instance, the exorcism scene in the Bartosz M. Kowalski directorial is pretty similar to the one in ‘The Exorcist.’ But later, we find out the truth behind the seemingly supernatural ritual. Elements such as these make the former movie similar yet different from the latter.

‘The Omen’ is yet another timeless film that set the foundation for modern horror movies such as ‘The Conjuring‘ and ‘Insidious.’ Written by David Seltzer, the story follows Robert, who adopts an orphaned infant after his wife delivers a stillborn baby. However, as the kid grows older, strange events start occurring, leading to a devious discovery. With ‘Hellhole,’ the director, Bartosz M. Kowalski tips his hat to ‘The Omen’ and its creators. Kowalski depicts several sequences which are akin to those in ‘The Omen,’ while adding his own flavor to them. 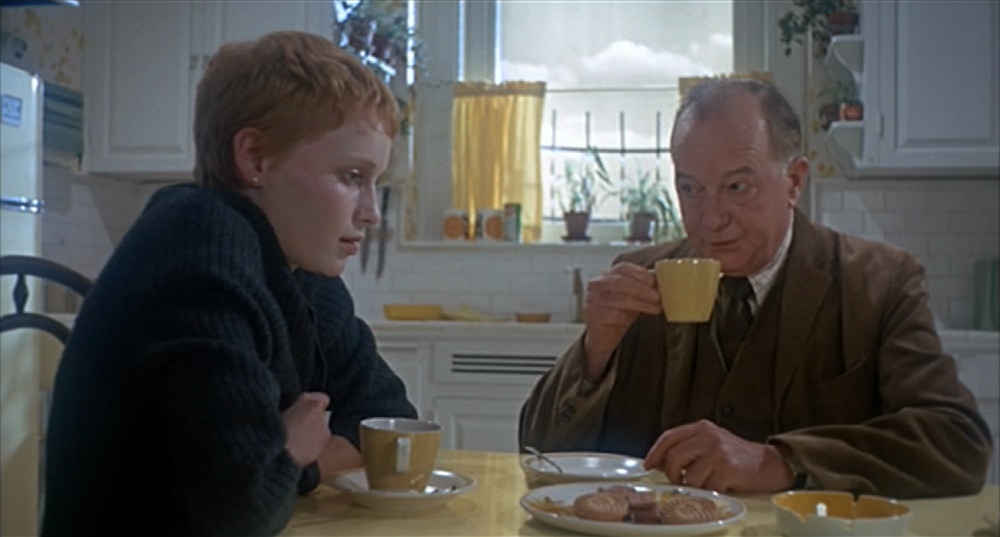 Roman Polanski’s ‘Rosemary Baby’ is perhaps one of the early depictions of religious sects and occult practices. Based on the eponymous 1967 novel by Ira Levin, the film follows a couple who move into a new apartment. When the wife, Rosemary, gets pregnant, she begins to feel a presence around her and gets unsettling dreams. This leads her to believe that her neighbors might have sinister intentions toward her baby.

‘Hellhole’ also seems to pay tribute to this film, especially with its depiction of the religious cult that calls itself the brotherhood. It’s fascinating how the overarching themes of these movies resemble each other, yet the stories are unique in their own ways. The style and pace of the narrative in both movies immerse the audience into the world they create and do not let you take your eyes off the screen even for a second.

Read More: Is Netflix’s Hellhole Based on a True Story?