The Circle Season 4: Where is the Cast Now? 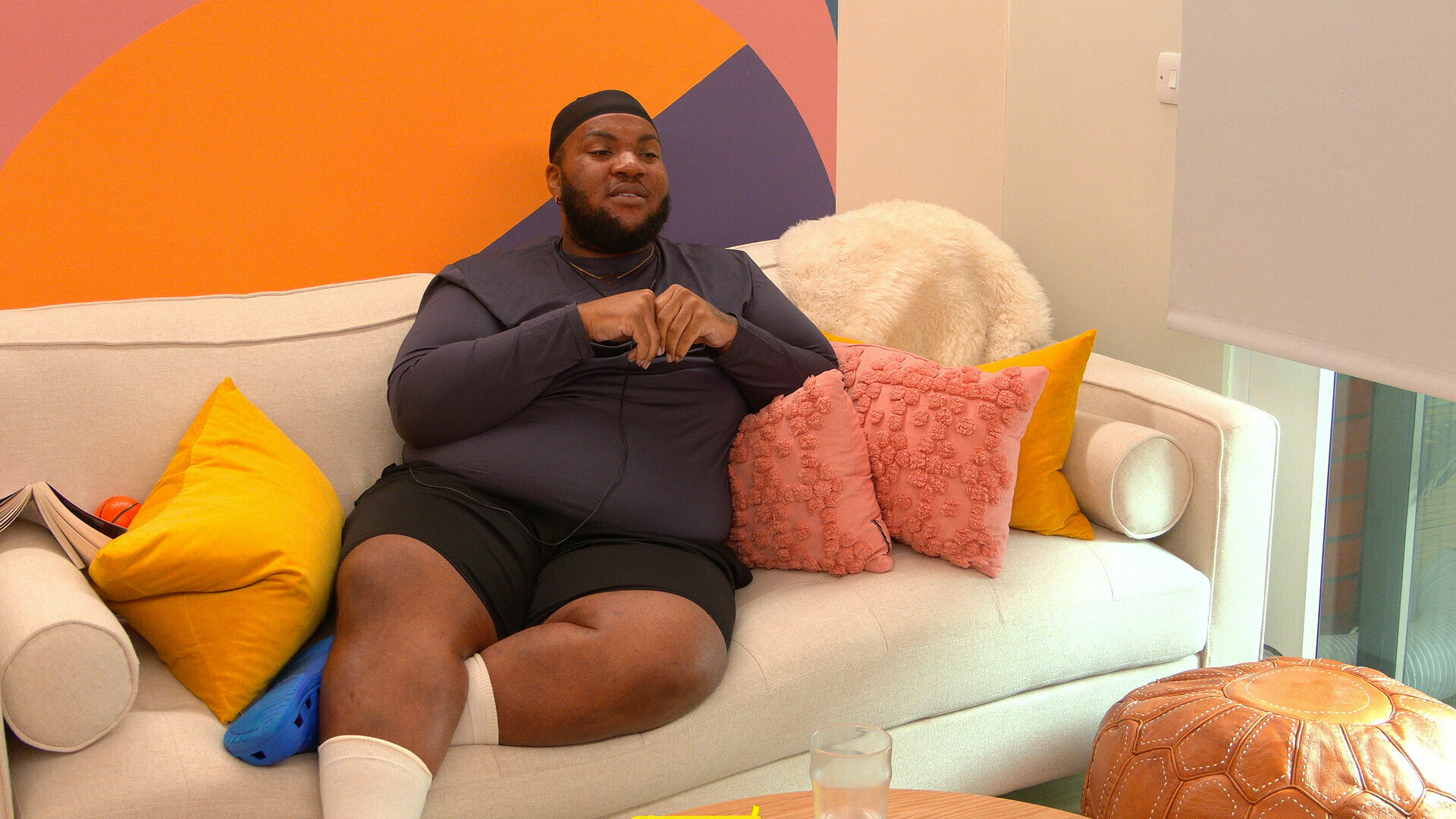 As a reality series wherein the cast must choose whether to be themselves or other people while chasing a cash prize, ‘The Circle‘ can only be described as a popularity experiment unlike any other. That’s because the aim of the game is to rise to the top via a ranking system, but the catch is that their sole means of interaction is messages through a specifically designed titular app. So now that we’ve had four seasons of catfishes, miscommunication, and strategy, let’s find out precisely what the contestants of its most recent installment, i.e., ‘The Circle’ season 4, are up to these days!

Where is Parker Abbott (Paul) Now?

Although Parker Abbott was the first to be booted off, she didn’t take it to heart in the long run because she knew she’d failed to get into the mindset of her 56-year-old father Paul — her catfish profile. Since then, it appears as if the now 22-year-old has gradually eased back into her everyday life of parties, travel, and new adventures to simply have the best possible experiences with no regrets. We should mention that the growing influencer seems to be based in Los Angeles, California, at the moment, and her social media presence also suggests she’s currently involved with dancer-model Demarcus “Dee$mooth”.

Where is Crissa Jackson Now?

Apart from continuing to “do basketball-influenced social media content” on both TikTok as well as Instagram, Crissa Jackson presently also serves as a Motivational Speaker and the Co-Founder of I Am Movement Inc. The latter is a non-profit empowerment organization geared towards young girls (aged 6 to 18) that the New York City resident established with her partner of around 11 years, Alexis. You can even check out the couple’s adventures on their combined YouTube channel, where their teenage daughter Olivia (Alexis’ biological kid) is also often featured.

Where is Alyssa Ljubicich Now?

Alyssa Ljubicich — who prefers to have her last name be shortened to “Ljub,” which she claims is “very seriously pronounced lube” — is seemingly a New York native through and through. As for her profession, the former freelance Executive Assistant and a social media advisor for renowned sex therapist Pleasure Muse has since evolved into a Sex and Relationship Coach herself. In fact, according to her Instagram profile, the 28-year-old continues to learn, educate, and spread awareness about sex as well as relationships in partnership with The Sexual Health Alliance (SHA). Plus, she even serves as a full-time Social Media Manager at SiO Beauty, a position she landed back in January 2022. The most important aspect, though, is that Alyssa and John Franklin are currently dating.

Where is John Franklin (Carol) Now?

With the way Hoboken, New Jersey, resident John Franklin portrayed himself as the lovable Momma Carol on the Netflix original series, it honestly comes as no surprise that he is a man of many talents. He’s a full-time Social Media Content Creator for the sports betting and gaming company called BetMGM. True to his exhibits in the show, John does have a way with words as well. That’s how the 25-year-old has even managed to become a relatively successful stand-up comedian as well as musician, with his original songs available to stream on Spotify and Apple Music right now. Moreover, he seems entirely in love with Alyssa Ljub, whom he doesn’t shy away from showing off online.

Where is Josh “Bru” Brubaker Now?

From what we can tell, almost as soon as filming came to a close, Josh “Bru” Brubaker lived up to his self-proclaimed CEO of Radio TikTok title by jumping right back into his daily life as a Content Creator and Radio Host. Whether it be Harry Styles or Tom Cruise, or even Ed Sheeran or Tom Holland, Bru has interviewed quite a lot of A-list celebrities in the last few months alone, thanks to his work with different platforms. Coming to his personal life, it’s imperative to mention that the pun enthusiast has maintained a close friendship with John Franklin and is currently in a happy, healthy relationship with Anna Sitar, a fellow Michigan-born, Los Angeles-based TikToker.

Where is Alex Brizard (Nathan) Now?

A post shared by Alex Brizard | The Circle (@awildbriz)

Rather than a “funemployed” “22-year-old fresh out of college frat bro” Nathan, as his catfish profile suggested, Alex Brizard is a 28-year-old Commercial Banker and a self-proclaimed professional nerd. The Scottsdale, Arizona, native is not only an Associate at 3AB funding (all the while looking to pursue a career in either real estate or the mortgage industry), but he’s also a co-host of the ‘Two Dudes Watch Cartoons’ podcast. More importantly, the Twitch Gamer is still blissfully in a relationship with Nikki Rodriguez; the adorable couple has been together since 2020.

Where is Eversen Bevelle Now?

Eversen Bevelle, also known as Reverend Dr. E, seems to be a resident of Decatur, Georgia, at the moment, where he serves as a Cruise Director for the Carnival Cruise Line. The public figure has been with this organization for more than 11 years now, which is why he holds the massive responsibility of managing the entire entertainment itinerary for the same — on the sea and land. Aside from his professional pursuits, as made clear through his online presence, the energetic extrovert is presently quite focused on his mental and physical well-being.

Where is Rachel Sam Evans Now?

While Rachel Sam Evans had merely introduced herself on ‘The Circle’ as a paranormal researcher and a ghost-hunting enthusiast from Houston, Texas, the truth is that she is so much more. She regularly appears as a supernatural expert for Travel Channel’s ‘Paranormal Caught on Camera’ and even handles the audience development aspects for the well-known digital comedy group Smosh. The accordion player, chess master, wrestling buff, and spirited individual is also a travel enthusiast.

Where is Yu Ling Wu Now? 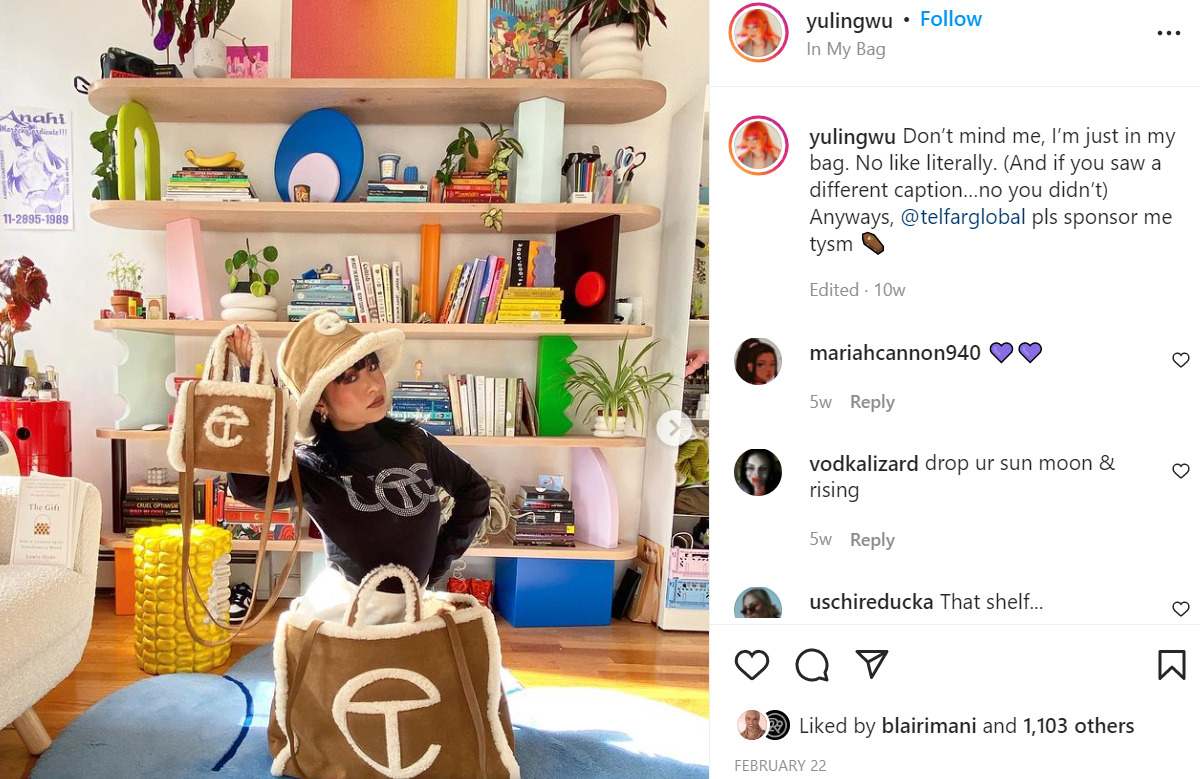 Based in the incredible city of New York, from what we can tell, Yu Ling is a full-time self-employed Social Media and Brand Marketing Consultant as well as a fashion and beauty influencer. She calls herself an “Irrelevant Broke Asian” on Instagram, yet she is anything but, especially considering her undeniable, positive work to represent her community through various platforms. After all, Yu Ling not only runs a YouTube channel, but she has also landed a few modeling projects/content partnerships with Rihanna’s Fenty Beauty and Savage x Fenty brands.

Alongside his loving wife, DeLessa Unique (season 2), and their growing family, Strength and Conditioning Coach Trevor St. Agathe reportedly relocated from New York to Georgia for a better standard of living. He presently resides just outside of Atlanta, where he and DeLessa are currently working to develop a television show based around their familial life and writing a series of children’s books. As if that’s not enough, Trevor and DeLessa even run a few YouTube channels to document their daily experiences, upload challenge videos, and host a video podcast, among much more.

Where is Frank Grimsley Now?

Frank Grimsley has genuinely been through a lot in life. Yet, as Bru said, he is still an absolute ray of sunshine. Thus, it’s no surprise that his positivity transitions into his career as well. The Washington DC-Baltimore resident is a Licensed Therapist, a Digital Creator, and a School Social Worker who aims to spread joy, awareness, and acceptance for people of all colors, shapes, sizes, genders, and sexualities. For this, the flamboyant Event host, Business Strategist, and Committee Chair of the Joshua K. Spann (JKS) Scholarship Foundation has even established his own brand, Frank N The City.

Read More: The Circle Season 3: Where is the Cast Now?