The Circle Season 3: Where Are They Now?

‘The Circle‘ is a Netflix original show that gets bigger and better with each passing season. As a social media-based competition wherein the rotating cast is not allowed to communicate outside of a specifically designed app, it offers us entertainment by involving aspects like catfishes, human nature, and misunderstandings. After all, there’s $100,000 at stake.

All the contestants isolate themselves in different apartments of the same complex for the duration of this popularity contest, engaging face-to-face only after their elimination or in the end. So now that we’ve seen how they take advantage of this fact over the course of three seasons, let’s find out where the cast of the latest installment is now, shall we? 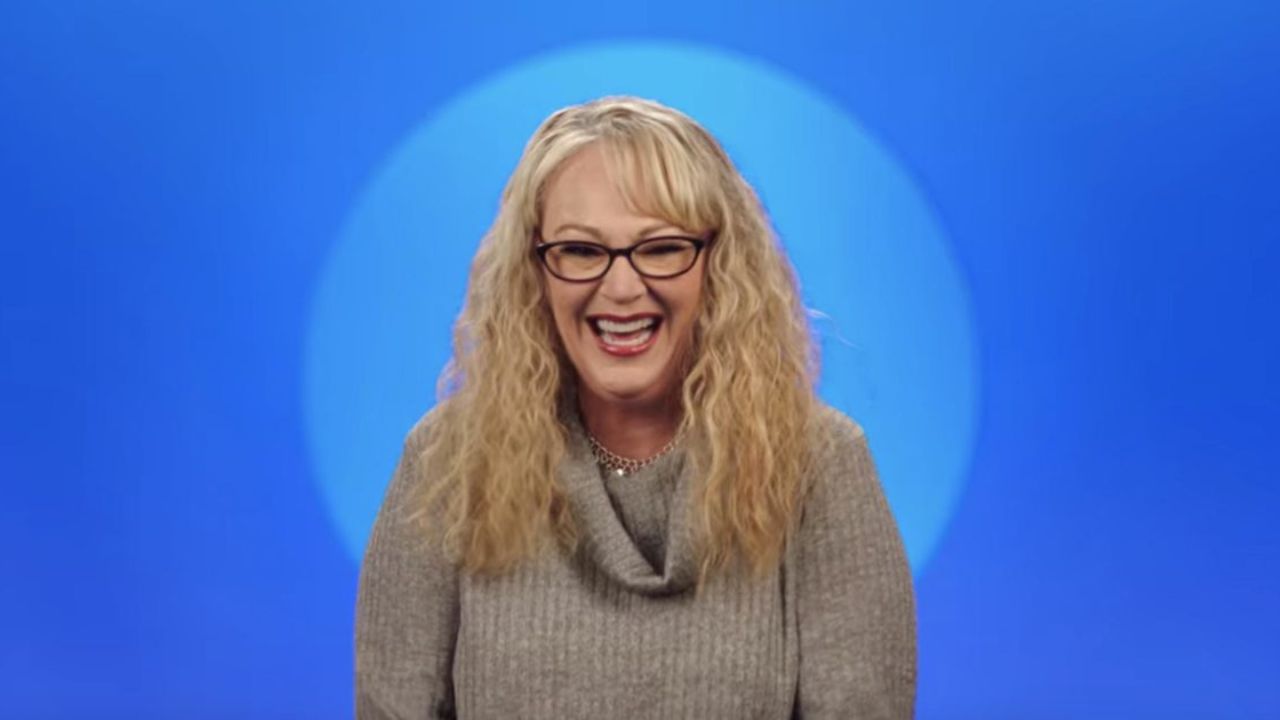 Michelle Rider is a mother of four based in Pacolet, South Carolina, whose signature southern charm oozes from her every action. However, her time on ‘The Circle’ also proved that she doesn’t shy away from being cutthroat when necessary. Today, the 50-something-year-old is a public personality and a stand-up comedian with a massive TikTok and Instagram following. She’s funny, she’s real, and she understands her audience.

Ava and Chanel Marie Capra entered the series as only Ava, but it became evident soon after that this Italian-Dominican sister-duo is almost always a package deal. In fact, their bond continues to stay this way even today. They’ve been a part of the entertainment industry for some time, yet now, Chanel is the co-founder of Bella Mafia Entertainment, whereas her sister is a singer, actress, model, and influencer. The elder one recently directed a music video for Ava’s soon-to-release record as well.

Calvin Kiing Crooks, a.k.a the leader of “The Wolf Pack,” has had many job titles around the globe over the years. But today, he appears to be serving as a freelance Junior Software Engineer, a Fitness Manager at a local club and spa in Manchester, England, and a private chef. As chronicled on ‘The Circle,’ the qualified personal trainer genuinely has a positive character, so we’re also happy to report that he and Kai still seem close. 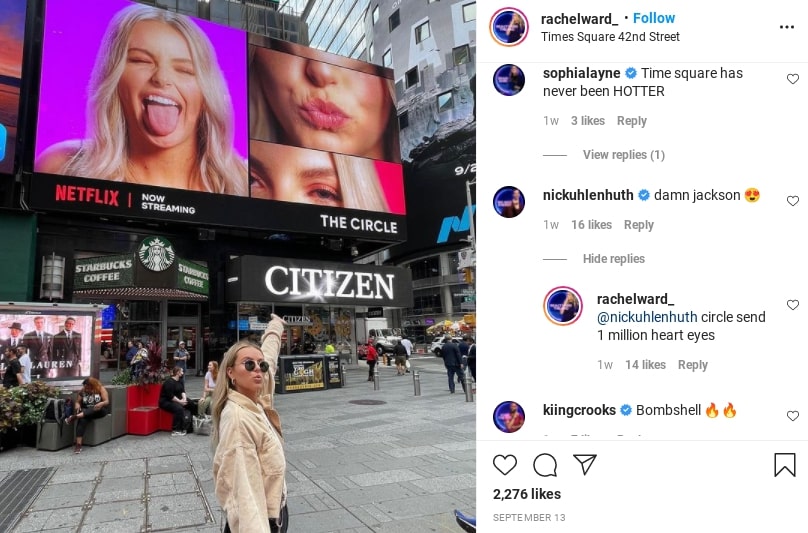 Rachel Ward, a.k.a her best friend’s boyfriend Jackson, was a catfish who didn’t last long on the Netflix original but still managed to make continued real-life connections. And yes, that covers her crush and involvement with Nick Uhlenhuth as well, as seen above. Coming to her stable professions, apart from being a public figure, Rachel is also a Media Supervisor for a renowned advertising agency in Los Angeles, California.

Ruksana Carroll from New Jersey is a happily married mother of one who primarily works as an influencer. As a South Indian-American little person, she has always wanted to be seen and heard, which is why she served as the co-host of a podcast named ‘The Motherland’ with her friend Talya D for a short while before launching her own YouTube channel. In the latter, Ruksana shares her life and experiences with fans. Moreover, she utilizes other platforms to showcase her sense of humor.

At 21-years-old, Daniel Cusimano is a Florida-based musical theater artist and student who has already achieved wonders. Not only does he work at Walt Disney World as an in-character performer, but he also has part-time jobs as a cashier and a service employee to keep himself independent. Of course, a public personality is now added to this list, and Daniel seems to be taking complete advantage of it to further his dream of being an active member of the entertainment industry for good.

As she said on ‘The Circle,’ Jacki Jing is a gamer girl, video game reporter, and e-sports and entertainment host. She’s self-employed with Character Select Agency in Los Angeles, California, but a significant piece of her job is her continuous social media presence as an influencer. Jacki frequently streams on twitch, has a YouTube channel, a Patreon, a Cameo, and a podcast named ‘Jing Dynasty.’ According to her posts, she’s deemed “the Empress,” whereas her fans are called “the Warriors.”

Although Louisville, Kentucky, is his hometown and he spent several years in Washington, MIT graduate Nick currently dwells in Austin, Texas. He’s a Senior Product Manager for a business there, and drumming is still one of his passions. We should mention that he sadly lost his wingman, Bruce, in December 2020 owing to a neuromuscular problem, which affected him a lot. However, Nick has since moved on and welcomed a Bernedoodle called Murphy into his life.

Keisha “Kai Ghost” Cane is an R&B singer-songwriter dwelling in The City of Angels. As a Nashville School of the Arts graduate, she has developed numerous skills over the years, including as a musician, actor, and dancer. With that said, Kai’s focus has mostly always been on being a successful recording artist. Following the release of singles like “Already Know” and “O.K.,” she released her latest song, “Cake,” in the summer of 2020, the video of which is on her YouTube channel.

Like Daniel Cusimano, Sophia Layne is also a student based in Florida, but not much about her life from a professional viewpoint is known. As for her personal life, Sophia has two loving older sisters, Kailey and Isabella, and an older brother, Cody. She’s also in a happy and healthy relationship with Leigh and doesn’t mind sharing their bond on social media.

Matthew Pappadia, a.k.a Ashley, had already appeared on ‘The Night Never Sleeps,’ ‘Disco!,’ and ‘Don’t Schmuck It Up’ before he came on the Netflix original series, and that’s because he has been an actor, model, along with an entrepreneur and fitness consultant for a long time. Today, Matt is the CEO of PAPSFitness, where he specializes in overall health and wellness coaching through sessions.

In the finale, James Andre Jefferson Jr. confessed that the only reason he and his long-time girlfriend hadn’t tied the knot was because of monetary constraints. Thus, we’re happy to report that the winner of $100,000 from ‘The Circle’ season 3 has since proposed to her. As a comedian, he used his profession to surprise her while getting down on one knee in February 2021, and she, of course, said, “Yes!” Just like his Instagram says, James continues to work as a “Professional Sh*t Talker.”

Read More: Where Was The Circle Season 3 Filmed?