The Circle Season 2: Where is the Cast Now? 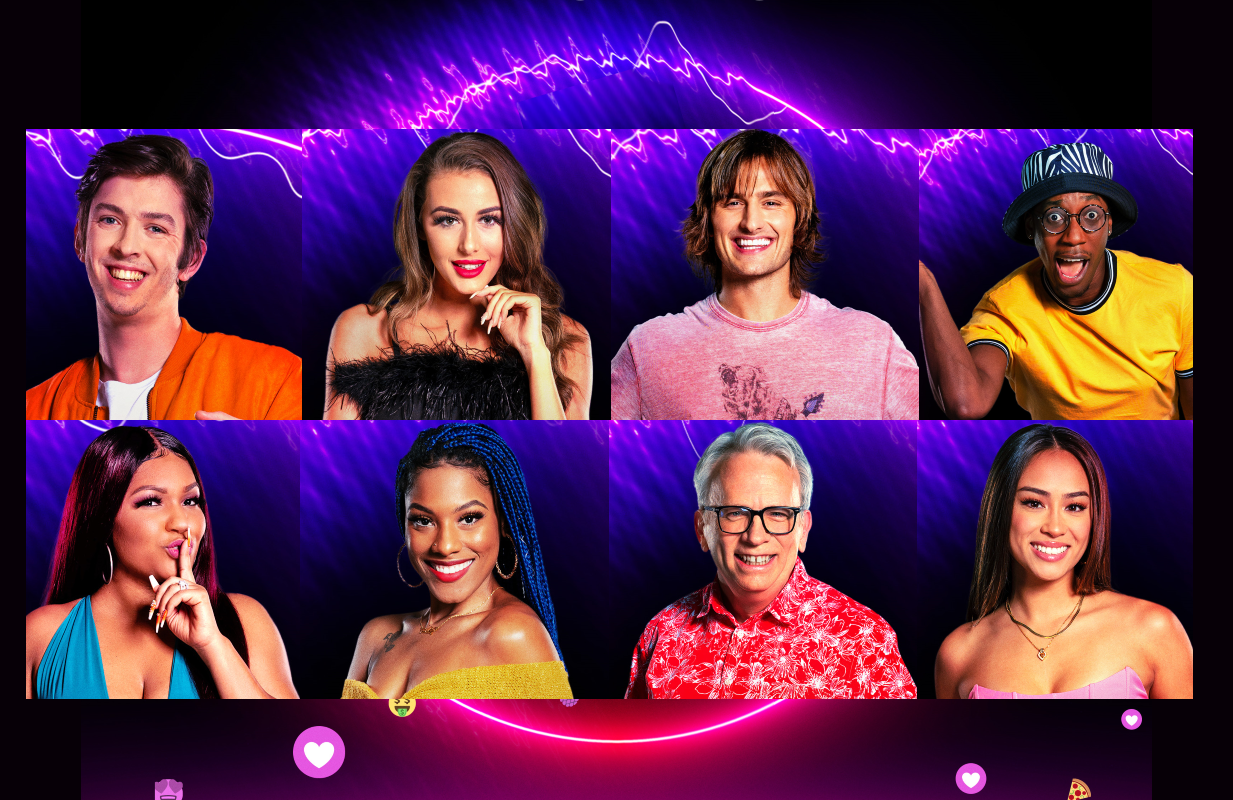 Hosted by Michelle Buteau, ‘The Circle‘ or ‘The Circle US’ is a reality show wherein contestants move into separate apartments in the same building to play a lighthearted yet strategic game of popularity. The catch, though, is that they are only authorized to interact with each other through a specifically designed titular app, making the entire social media-based competition all the more interesting. After all, it often leads to misunderstandings, cattiness, and a whole mess of events. So now that season 2 is over with, let’s find out how the contestants of this Netflix original are faring today, shall we?

Where is Bryant Wood Now?

Even though Bryant Wood, a model turned wellness guru, was the first to be eliminated, he captured the fans’ attention by being unapologetically himself. He was sincere to a fault, which is why he had to leave so soon. But now, going by the name Angel Ikar, which translates to “the one that touches the sky” in Greek, he continues to be positive and educate the world about yoga, mindfulness, and breathwork. Amongst other things, he is the Director of Influencer Relations at The Krim Group and is the co-founder of Modern Nirvana, a lifestyle brand like no other. The motivational speaker and certified NLP practitioner has also since gotten into intuitive medicine.

We first met Savannah Palacio as a Los Angeles, California, resident with a job in Capitol Hill. And despite the fact the 26-year-old no longer holds this position, it’s apparent her ambition hasn’t waivered — it has simply moved toward the world of social media entertainment. With profiles on Instagram, Tik Tok, and YouTube, all of which are pretty successful, the online personality regularly posts content related to the beauty, wellness, or lifestyle industries. In fact, she has even had the opportunity to partner and collaborate with several brands over the years, which has helped her reach over 409k followers on Instagram.

From Dallas, Texas, Terilisha is a former substitute teacher as well as a singer, songwriter, actress, and influencer. Her debut EP, ‘The Blue Heart,’ came out in 2019, which, combined with singles like “Sex So Good” and “Jealous,” helped her establish herself in the entertainment industry. Moreover, she can also be seen in the dramatic coming-of-age comedy web series titled ‘#Washed.’ As of today, from what we can tell, she is focusing on releasing new projects as an artist and a businesswoman, all the while taking the first steps toward creating a legacy for herself through philanthropy.

Where is Khat Bell Now?

As a professional volleyball player, Katherine “Khat” Bell has traveled and lived in locations all over the world while representing various clubs. Soon after she graduated from the University of Texas in mid-2015, she moved to South Korea to play for Caltex Seoul KIXX. Then, she briefly played for the Gigantes de Carolina in Puerto Rico, a couple of Turkish teams, and a Chinese, Filipino, and South Korean club. Most recently, the 29-year-old has been in Turkey as an outside hitter for Bolu Blvd and then Galatasaray Voleybol. According to reports, the Dallas, Texas, native actually signed a one-year contract with the latter on September 22, 2022. We should also mention she’s currently in a happy, healthy relationship with professional basketball player Evan Ravenel.

Where is Mitchell Eason Now?

Mitchell Eason has listed himself as a mere Public Figure on his Instagram profile, but we’ll be honest, he is so much more. Not only was he the CEO of 360 Media Marketing until December 2020, where he helped firms with their growth via advertising, but he’s also a licensed realtor and insurance agent. Thus, Mitchell serves as a salesperson at Prudential Insurance and Mitchell Eason LLC. Moreover, he has since evolved into a full-fledged influencer as well, which was definitely helped by his move to Beverly Hills in Los Angeles, California, and the launch of his YouTube and TikTok profiles.

Where is Jack Atkins Now?

We met now 22-year-old Jack Atkins as an astrophysics and economics major who’d decided to enter ‘The Circle’ as his friend Emily. But upon graduating from the University of Chicago in 2022, while also managing to attain a significant social media presence, he has dived head first into his dreams of becoming an entertainer. Therefore, we can happily report that with nearly 110k followers on Instagram, a successful Cameo, and a TikTok account where he lets his personality take over, Jack is genuinely on the right path for his ambitions. Furthermore, he has since relocated to Los Angeles, California, and admitted that he would like to participate in other reality shows as well.

Where is Lisa Delcampo Now?

Lance Bass’ personal assistant Lisa Delcampo, entered ‘The Circle’ as her boss because she thought it would be a fun thing to do, especially as she believes that she knows him better than he knows himself. Although Lisa wasn’t successful at first, she managed to get a second chance alongside Jack, and the two became yet another catfish, John. Now, after it has all been said and done, the 44-year-old is back working for Lance Bass, all the while making a name for herself as a social media figure and the host of the ‘Laugh Out Loud with Lisa’ podcast. It’s also imperative to note that she and Jack are evidently still good friends.

Where is Lee Swift Now?

At 58-year-old, Lee Swift’s strategy to enter the reality competition as a young student, River (actual name Doak Rapp), paid off. He did not win, but he also wasn’t singled out because of his age or profession, which was his goal from the beginning. Now that he’s undergone the experience of a lifetime, Lee is back in his hometown of Dallas, Texas, where he continues to write novels under different pen names and even create other original content like short stories and screenplays. Up till now, the happily married co-host of the ‘Ticket 2 Reality’ podcast has had over 2 million of his words officially published.

Where is Courtney Revolution Now?

Courtney Linsen, better known as Courtney Revolution, still resides in Los Angeles, California. The digital content creator and pop culture lover, with a YouTube channel, where he hosts a few live shows as well as a podcast called ‘Overheard in the Pantry,’ continues to hustle and do what he loves. That also includes hosting the ‘Homecoming Queens’ podcast alongside his ‘The Circle’ bestie Savannah Palacio, where they “spill ALL the tea with your fav reality TV stars. Courtney’s quirky and fun personality, optimistic nature, and hard-working ethics have helped him reach new heights in his career over the last few years. If he keeps on the same track, he’ll achieve wonders in no time. We, for one, can’t wait to see what he does next.

Having already met Chloe Veitch on ‘Too Hot to Handle,’ her flirty attitude was no surprise on ‘The Circle’ season 2. However, her familial motivation behind coming on the reality show was. Hoping to use her platform to one day launch an aide foundation for those suffering from addiction, like her dad and late step-brother, Chloe is not only an entertainer but a grounded individual through and through. The model has since created a safe space for herself on Instagram and YouTube, where her followers know everything about her work, from her clothing line to her partnerships with several fashion brands. Plus, we should mention she has since launched a sex and dating-based podcast called ‘Bangin’ with Chloe Veitch.’

Where is DeLeesa Saint Agathe Now?

DeLeesa St. Agathe, or Leesa Unique, who entered the grounds of this social media-based reality series as her husband Trevor, may have initially introduced herself as a stay-at-home mother, but she’s actually an entrepreneur, a video creator, and an aspiring actress. Managing several YouTube channels that contain everything from ASMR to lifestyle to family, she rightly refers to herself as a Mompreneur these days. She also runs a podcast with Trevor and has a separate online boutique called Be Unique Shoppe and a gift shop named The Goodie Box Store. Plus, the family has since relocated from the Bronx, New York, to Atlanta, Georgia, for a better lifestyle and environment for their two adorable daughters — Toni Abella (born September 2019) and Tori Sky (born May 2021).

Read More: Where Are The Circle Season 1 Cast Members Now?