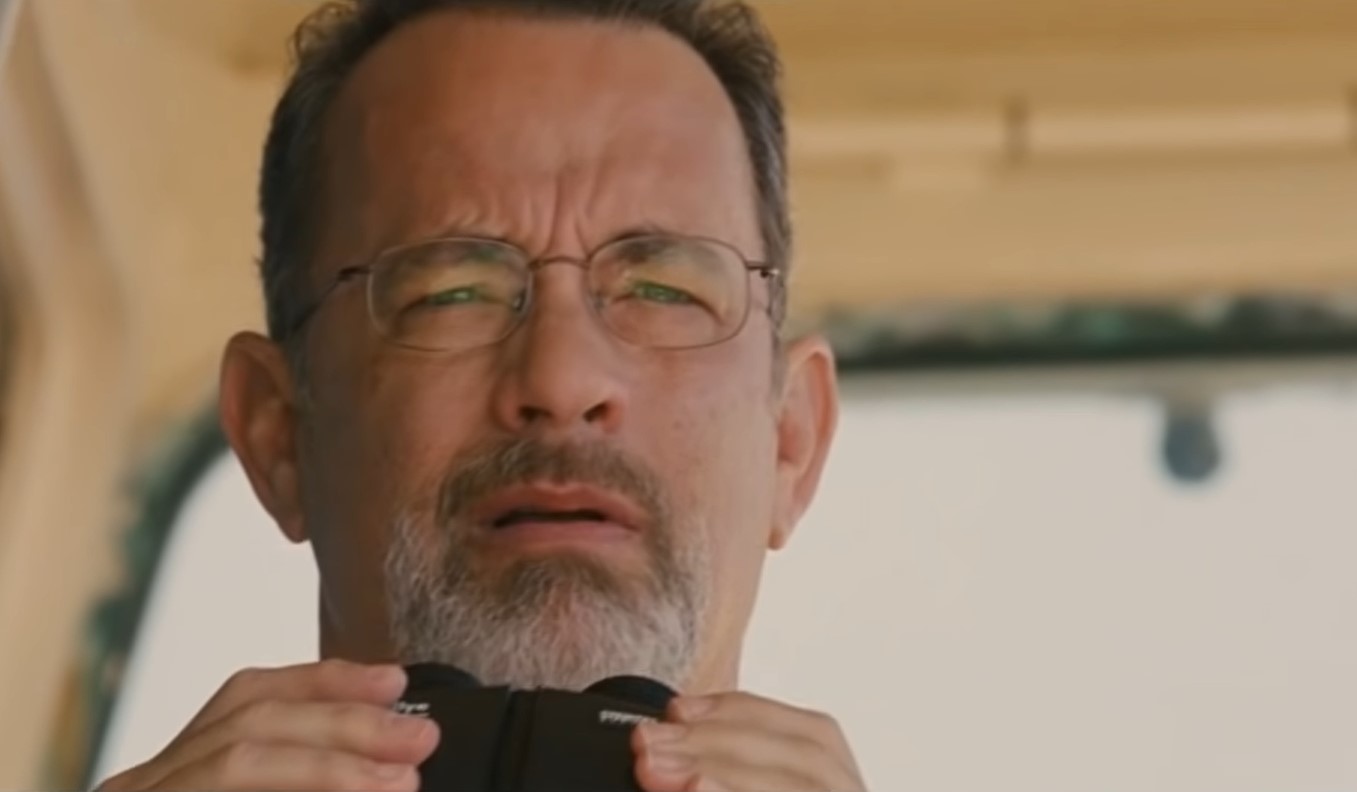 With Tom Hanks, Barkhad Abdi, and Catherine Keener in lead roles, ‘Captain Phillips’ is a 2013 action thriller movie that revolves around Richard Phillips, who is steering Maersk Alabama to Kenya with his crewmates. First Officer Shane Murphy and Phillips impose stringent security measures on the ship and conduct a practice drill because they are concerned about pirate activities off the Horn of Africa’s coast. Nevertheless, the ship is being trailed by Somali pirates during the training, and Phillips entreats for assistance when he realizes the same.

Eventually, the pirates catch up and storm their ship to get ransom money in exchange for the ship and the crew. The Paul Greengrass directorial is a biographical movie that narrates the incidents as they happened in reality in the life of Captain Richard Phillips. If you like watching fast-paced thrillers that are adrenaline-infused, then the following movies are great picks for you. You can watch most of these movies similar to ‘Captain Phillips’ on Netflix, Hulu, or Amazon Prime. 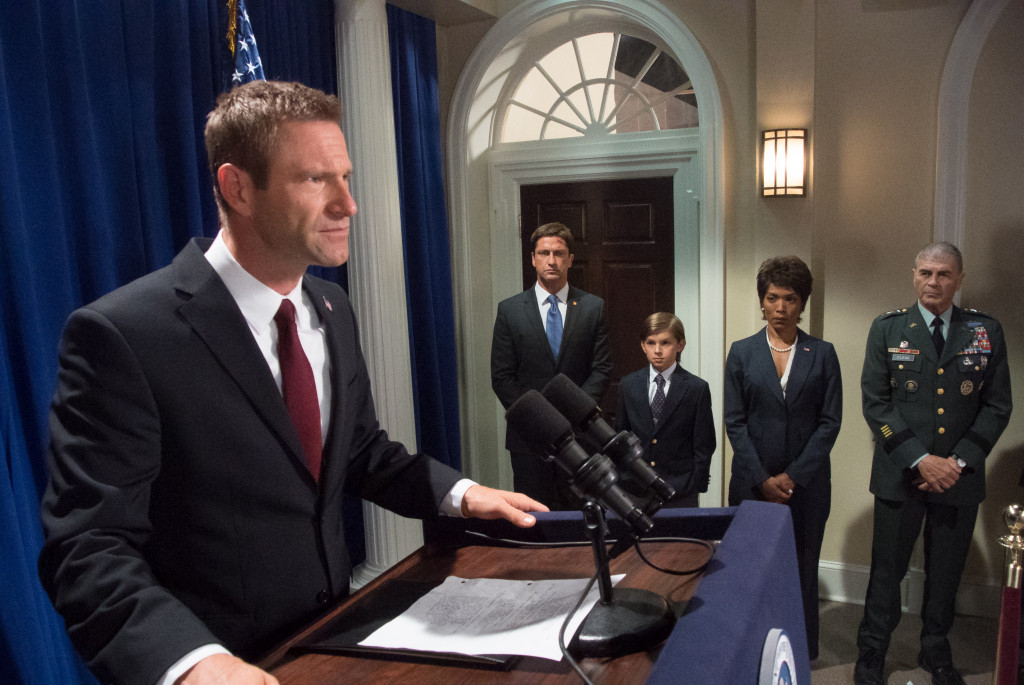 Directed by Antoine Fuqua, the action thriller tells the story of an attack at the White House, wherein the President and a few other officials are caught in a deadly attack by Korean terrorists and kept hostage inside the building. Former Presidential guard Mike Banning makes it his mission to bring the President to safety. The movie has great action sequences and heroic moments that ignite a feeling of reassurance.

With stars like Gerard Butler, Aaron Eckhart, Morgan Freeman, and Angela Bassett in central roles, the movie received favorable reviews upon its release. The facets of hostages, terrorists and rescue operation is similar to what happens in ‘Captain Phillips.’ Furthermore, both Richard Phillips and Mike Banning (Butler) are brave protagonists who put their lives on the line to save the ones they are responsible for. 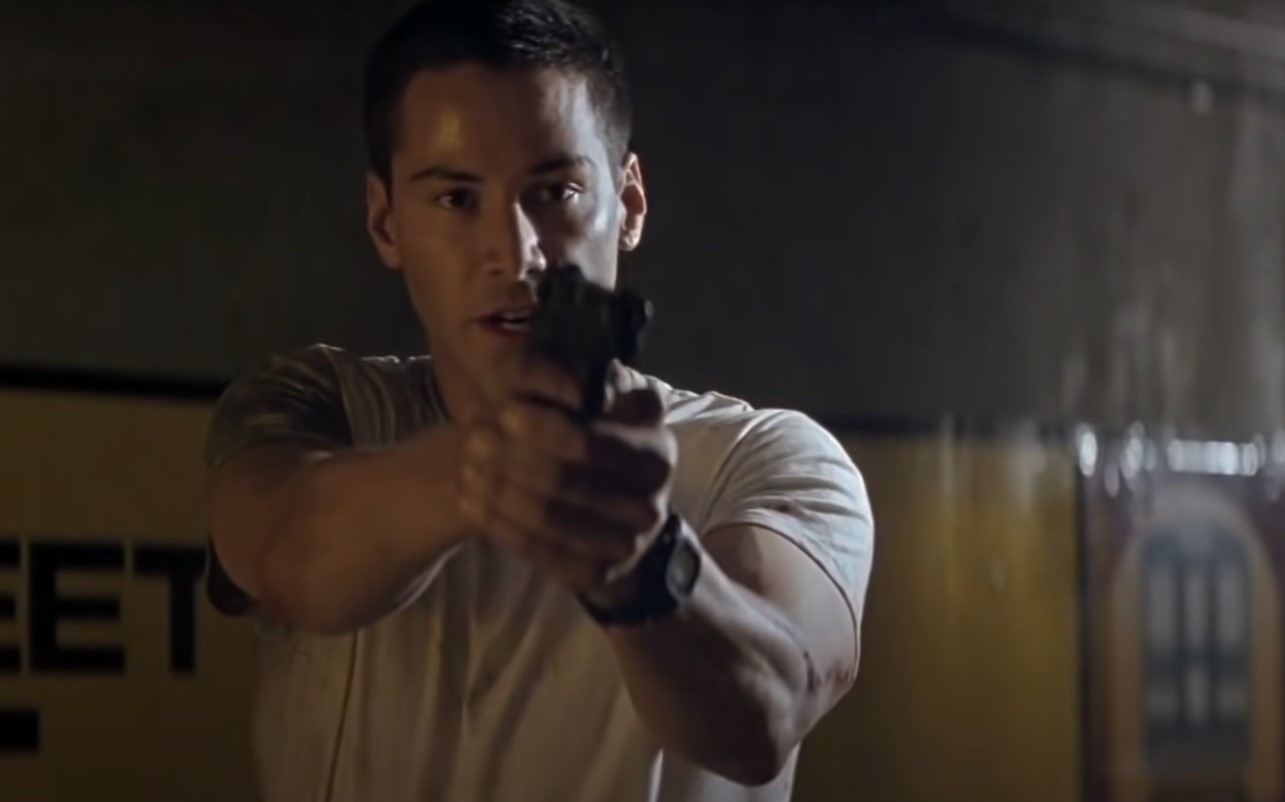 In this action thriller movie, a man by the name of Howard Payne (Dennis Hopper) plans to extort ransom by planting bombs and killing innocent people. After his first attempt is controlled and thwarted by the bomb squad, he plants another explosive in a bus. Jack (Keanu Reeves) does everything in his power to get the passengers off the bus safely.

Jack receives the assistance of another braveheart on the bus named Annie (Sandra Bullock) in his mission. The film is packed with high-action sequences and plot twists that keep the viewer glued to their seats. ‘Speed’ by filmmaker Jan de Bont has similar concepts to ‘Captain Phillips’ by Greengrass, including extortion for money and putting the lives of innocent people at risk.

A Tony Scott directorial, ‘The Taking of Pelham 123’ is another action thriller that follows acts of bravery in the face of terrorists. In the movie, the vile terrorists hijack a subway train in New York and take passengers aboard the train hostage to extort money from the mayor of the town. A film adaptation of John Godey’s eponymous novel features a talented cast comprising John Travolta, Denzel Washington, and John Turturro. As with most entries on this list, this movie also deals with deadly terrorists who know nothing of mercy and compassion and will take what they want without caring for innocent lives in sight. 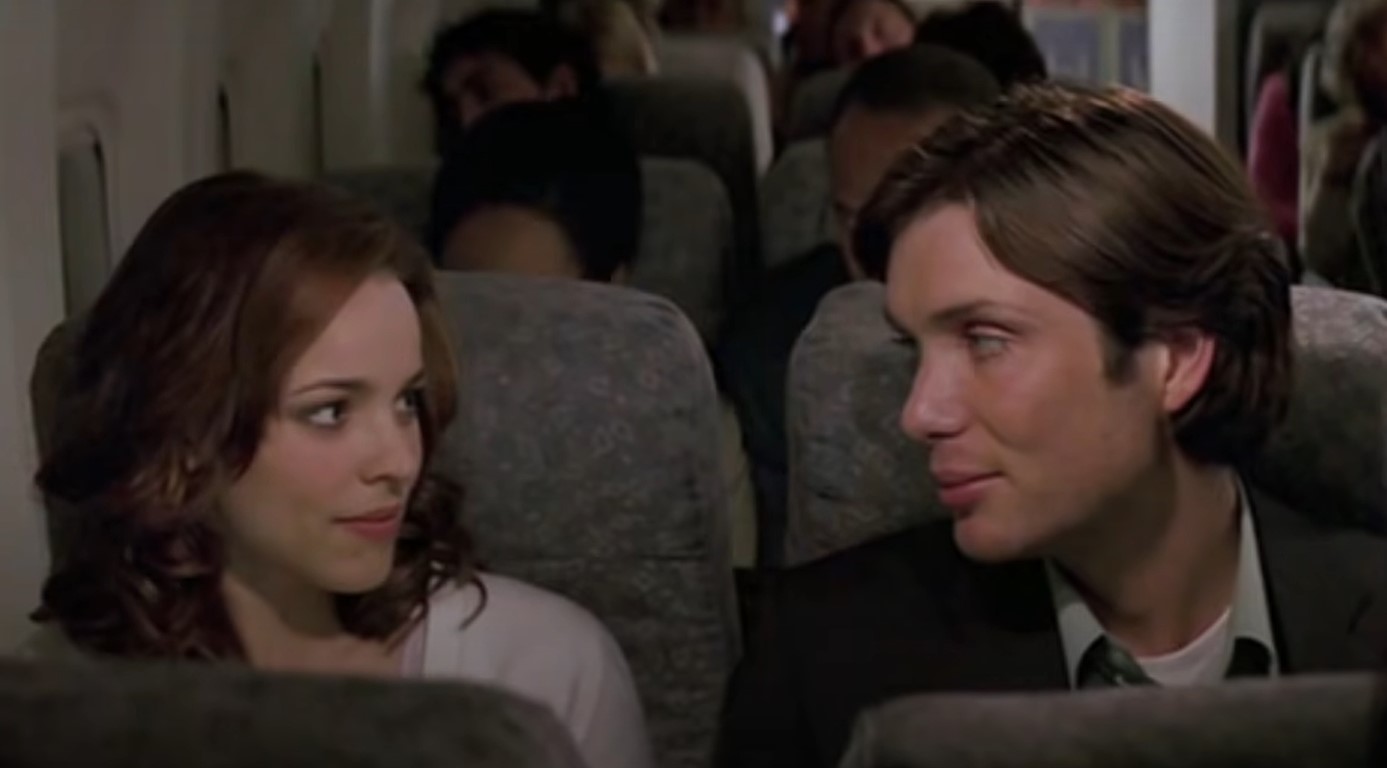 Directed by Wes Craven, the movie follows Lisa, who works as a manager at Lux Atlantic Hotel, as she returns home after her grandmother’s funeral. She meets a charming stranger, Jackson, on the plane but soon learns that he has ties with a terrorist organization and has a plan in place to assassinate a top officer of Homeland Security, Charles Keefe (Jack Scalia).

Jackson soon kidnaps Lisa’s father to get her to cooperate and change the hotel room where Keefe will be staying. Both ‘Red Eye’ and ‘Captain Phillips’ deal with terrorists, who have bigger agendas and put lives in danger, with an aim to get everyone to safety and prevent the terrorists from executing their master plans. Apart from the gripping narrative, the compelling performances by Rachel McAdams and Cillian Murphy as Lisa and Jackson, respectively, make the 2005 film a thrilling ride. 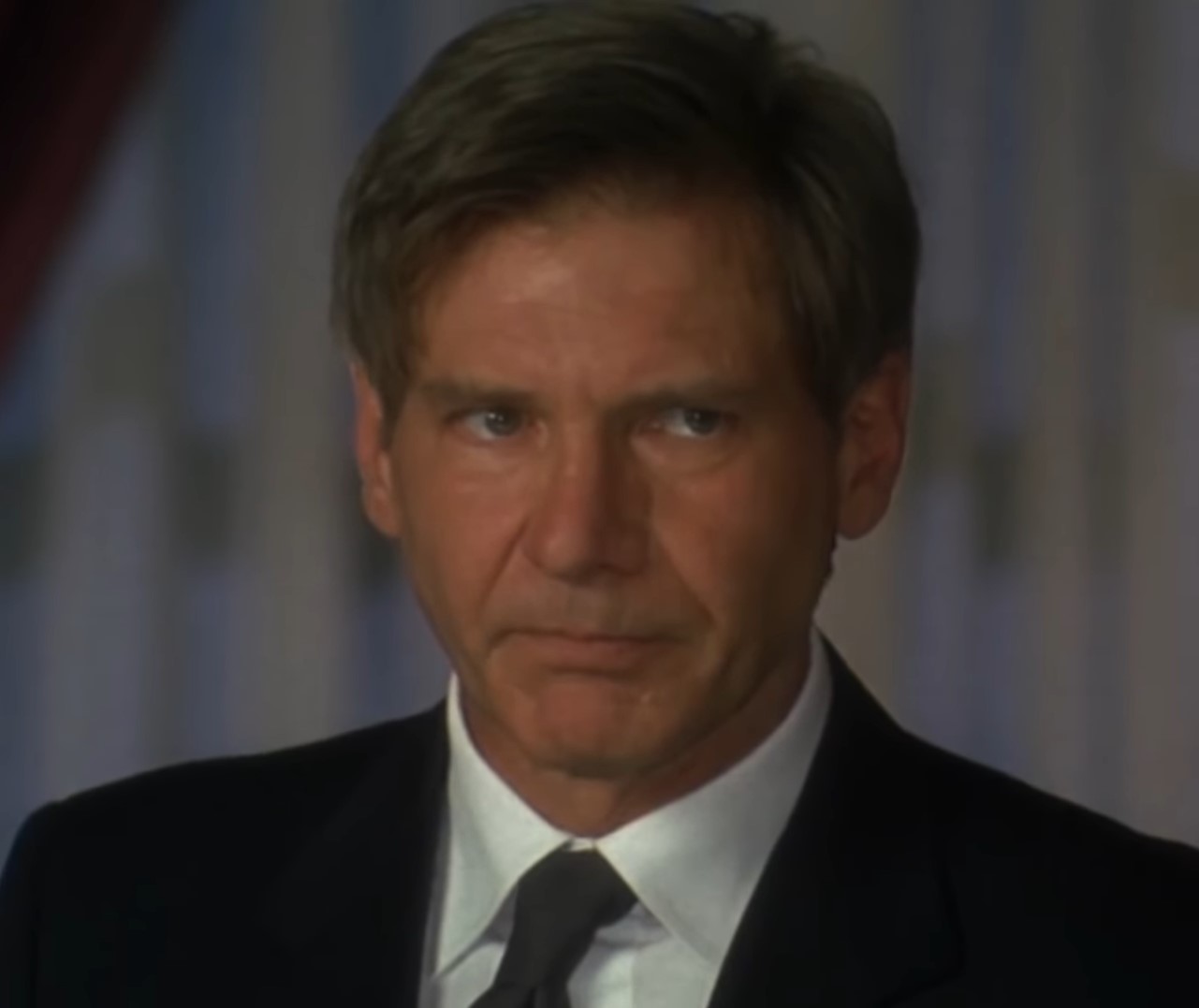 Starring Harrison Ford, Gary Oldman, Glenn Close, Wendy Crewson, and Xander Berkeley, ‘Air Force One’ revolves around the President of the country, who gets held hostage in an airplane as he returns home from a diplomatic meeting. The movie features Russian terrorists who hijack the President’s plane that has his family and other official members on board.

Unlike most movies that feature a savior in the President’s team, this movie keeps the President at the center as he is an experienced war veteran. Like ‘Captain Phillips,’ the movie features government and security officials who have to get out of difficult situations. In both movies, terrorists are the key villains who pose threats to the lives of other people for their own advantage. 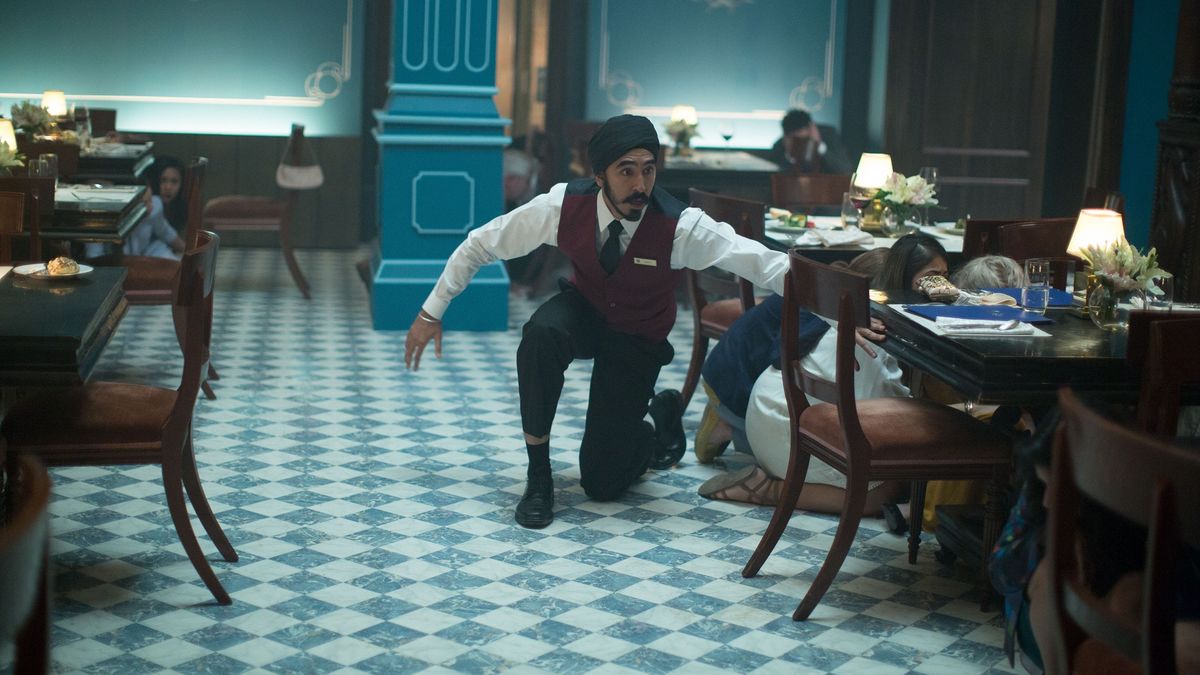 Based on a true incident that witnessed a siege on one of the biggest hotels in India, ‘Hotel Mumbai’ is an action drama movie directed by Anthony Maras. Featuring Dev Patel, Nazanin Boniadi, Armie Hammer, Anupam Kher, and Tilda Cobham-Hervey, the movie follows the heroic actions of the hotel staff as they safely rescued and protected the people in the hotel during the deadly terrorist attack that put thousands of lives in danger.

Even though ‘Captain Phillips’ has experienced professionals leading the rescue operation, in ‘Hotel Mumbai’ the audience sees novice and untrained people saving other people’s lives. Nevertheless, the spirit and bravery shown by the central characters in both movies are similar and lauded for their efforts.

‘Zero Dark Thirty‘ narrates the tale of CIA operatives hunting down one of the world’s most wanted terrorists — Osama Bin Laden. The lead intelligence analyst Maya is played by Jessica Chastain along with an ensemble of talented actors, including Jason Clarke, Joel Edgerton, Kyle Chandler, Stephen Dillane, Chris Pratt, Édgar Ramírez, and Frank Grillo. Directed by Kathryn Bigelow, the movie follows various incidents that led to the ultimate downfall of Bin Laden. The movie’s biggest aspect – that of dealing with terrorism is closely similar to the one shown in ‘Captain Phillips.’ 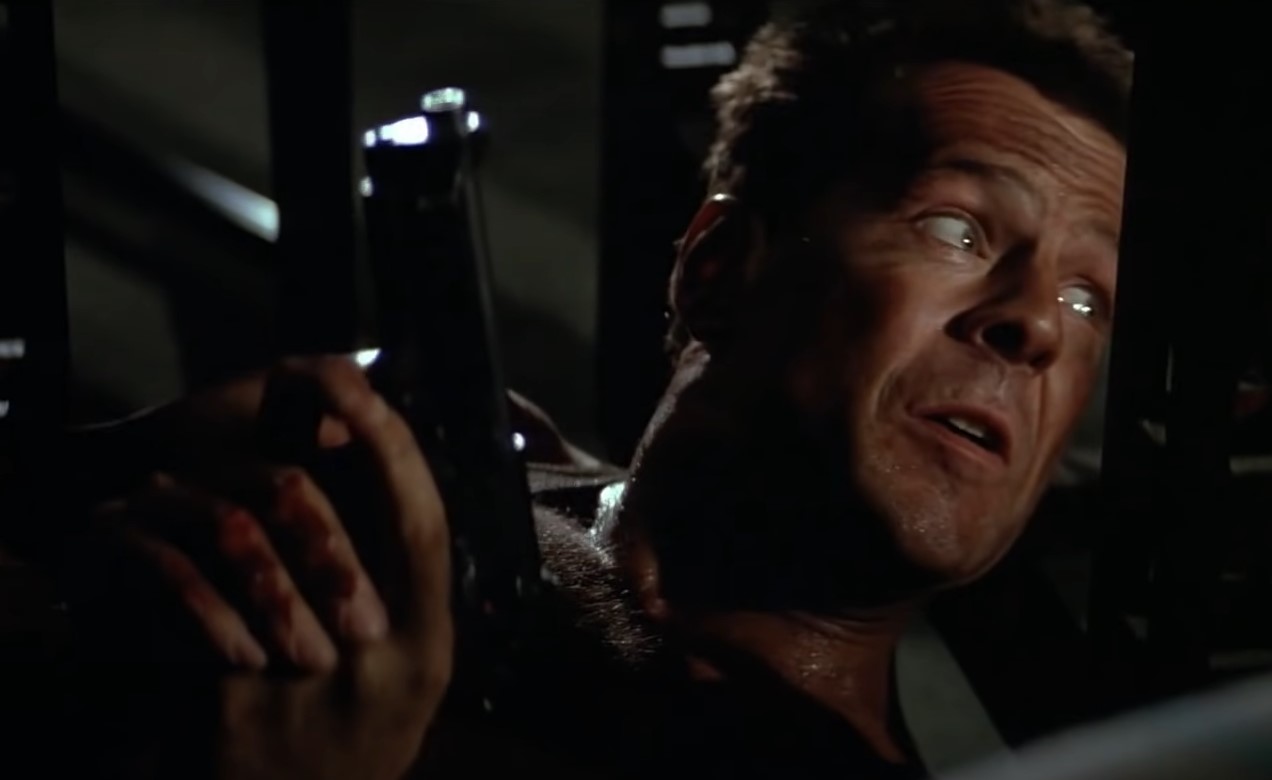 Directed by John McTiernan, ‘Die Hard’ is one of the most famous cult classics that has attracted numerous fans, making it worthy of being at the top. It centers upon Detective John McClane (Bruce Willis), who is faced with a difficult situation when even in the holidays, he has to work a mission. He goes home for Christmas but encounters a hostage situation in an office building.

With his personal life entangled as his wife Holly (Bonnie Bedelia) is one of the hostages, he takes swift action to get them to safety. The hostage situation and the attack by terrorists are similar to the one that happens in ‘Captain Phillips.’ Both protagonists act smartly to fulfill their mission to save the hostages and themselves in the end. However, their path is riddled with obstacles.