10 Movies You Must Watch if You Love Meet Joe Black 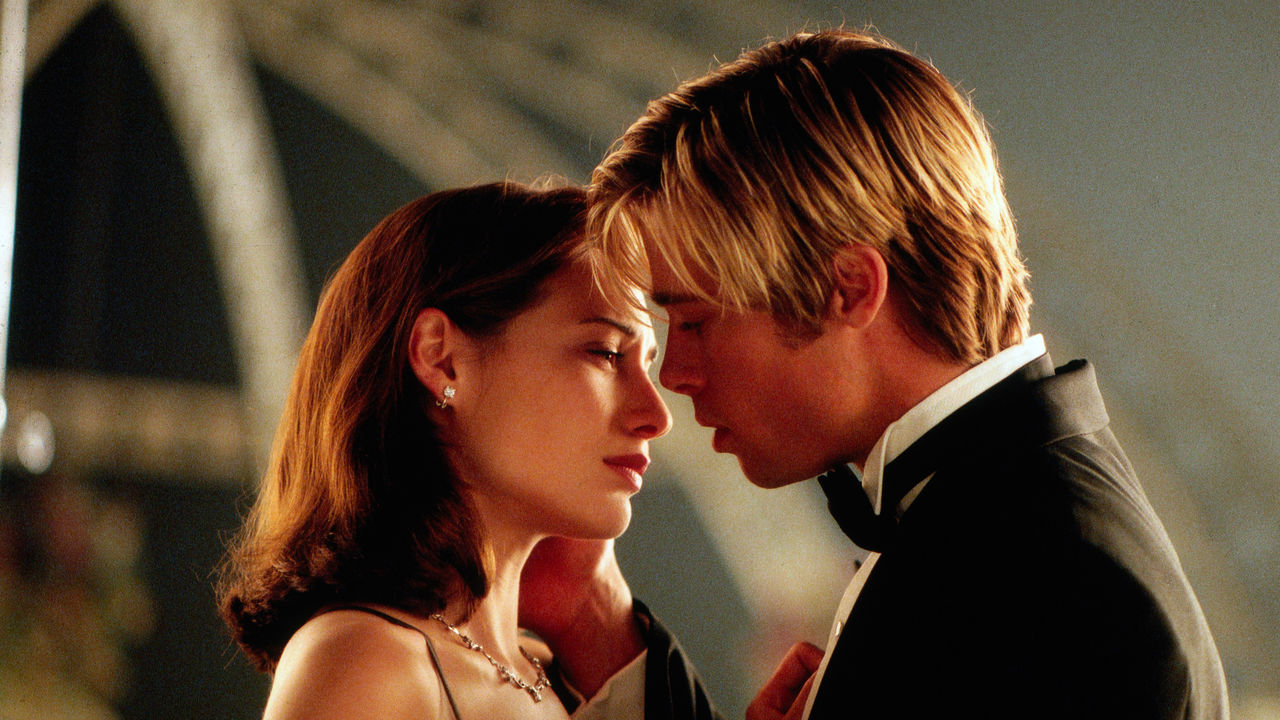 Directed by Martin Brest and co-written by Bo Goldman, Kevin Wade, Ron Osborn and Jeff Reno, ‘Meet Joe Black’ is a romantic fantasy film which follows Death, who takes the form of a young man, the titular Joe Black, and transcends onto Earth to learn about the life on it. Taking the help of a media mogul, Bill Parish, he tries to understand life on the planet, and in the process, falls in love with his daughter, Dr. Susan Parrish.

‘Meet Joe Black’ stars Brad Pitt as Joe Black, Anthony Hopkins as Bill Parrish and Claire Forlani as Dr Susan Parrish. It is shot by Mexican cinematographer Emmanuel Lubezki and edited by Joe Hutshing and Michael Tronick. Thomas Newman is the composer of the background score.

Adapted from the Mitchell Leisen-directed romantic drama ‘Death Takes a Holiday’ (1934), the film blends elements of the fantastical with the romantic. ‘Meet Joe Black’, upon its release, was met with mixed reviews. Critics praised the performances and the tonality but criticized the sloppy screenplay and the three-hour length, which was deemed to be unnecessary. The film, however, was a commercial success, grossing $142.9 million against a budget of $90 million.

For this article, I have taken into account films that have similar narrative structures and tone as this Martin Brest flick. So, without further ado, here is the list of best movies similar to ‘Meet Joe Black’ that are our recommendations. You can watch several of these movies like ‘Meet Joe Black’ on Netflix, Hulu or Amazon Prime. 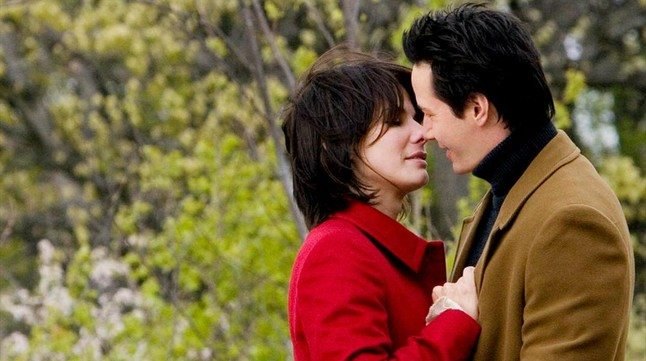 A remake of the South Korean ‘Il Mare’, co-directed by Kim Eun-jeong and Kim Mi-yeong, ‘The Lake House’ follows Dr Kate Forster, essayed by Sandra Bullock, a lonely woman who lives in a lakeside house. Before she starts giving up on finding a companion, Forster inexplicably starts receiving love letters from its former resident, Alex Wyler, a frustrated architect, essayed by Keanu Reeves, and now, the two must unravel the mystery behind this astonishing romance before it’s too late. Directed by Alejandro Agresti and written by David Auburn, ‘The Lake House’ was met with criticism for its seemingly bizarre premise, but was praised for how the narrative molds the fantastical story with romance. 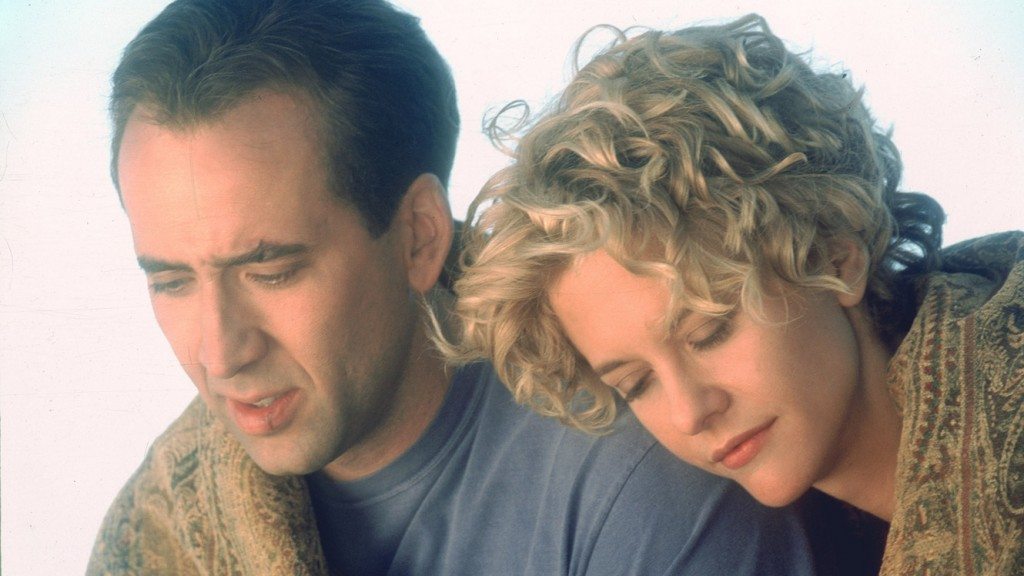 Directed by Brad Silberling and written by Dana Stevens, ‘City of Angels’ is a romantic fantasy film which follows the story of Seth, an angel, essayed by Nicolas Cage, who falls in love with Dr Maggie Rice, a mortal woman, played by Meg Ryan. Wishing to become a human in order to be with her, he takes the assistance of Nathaniel Messinger, essayed by Dennis Franz. Adapted from the romantic fantasy novel ‘Wings of Desire’, co-written by Wim Wenders, Peter Handke and Richard Reitinger, published in 1987, the film was met criticism for being an overemotional adaptation. However, the movie does quite well in the departments of acting and the soundtrack, which is composed by French-Lebanese composer Gabriel Yared. ‘City of Angeles’ received several nominations at the Golden Globes, Satellite Awards and the Saturn Awards. The film was also a commercial success, grossing $198.7 million against a budget of $55 million. 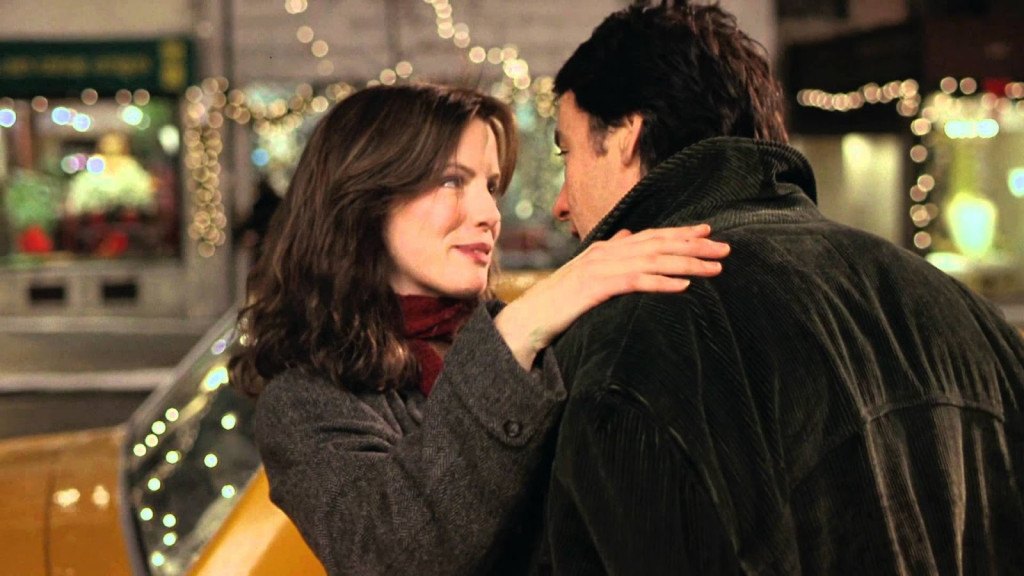 A romantic comedy, ‘Serendipity’ is the story of a couple, who try to reunite years after they did their firsts – the night they met, fell in love and separated. Directed by Peter Chelsom and written by Marc Klein, ‘Serendipity’ is a beautiful piece of work. The film premiered at the Toronto International Film Festival and received mixed reviews. While it has narrative inconsistencies and the energy seems to fall here and there, the performances of Kate Beckinsale and John Cusack—who essay the roles of Sara Thomas and Jonathan Trager—are truly brilliant. In addition, the background score composed by Alan Silvestri resonate in alliance to the tone of the narrative. 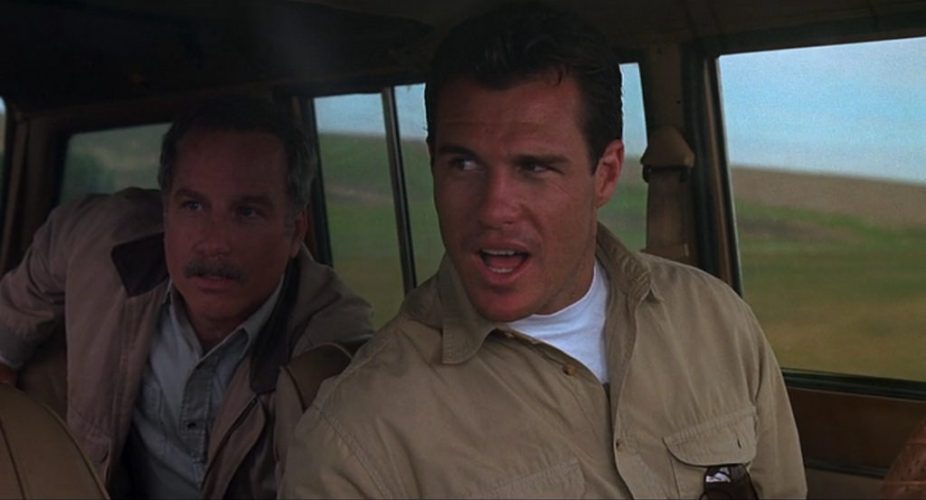 Directed by Steven Spielberg and co-written by Jerry Belson and Diane Thomas, ‘Always’ is the story of a recently deceased expert pilot’s spirit who mentors a newer pilot while watching him fall in love with the girlfriend whom he once planned to have a life with. ‘Always’ is not the greatest Spielberg film, but is quite a good watch. The film received mixed reviews, with critics noting the dip in the director’s filmmaking after the critical success of ‘Empire of the Sun’ (1987). Nevertheless it was nominated for a Saturn Award in the category of “Best Fantasy Film”. 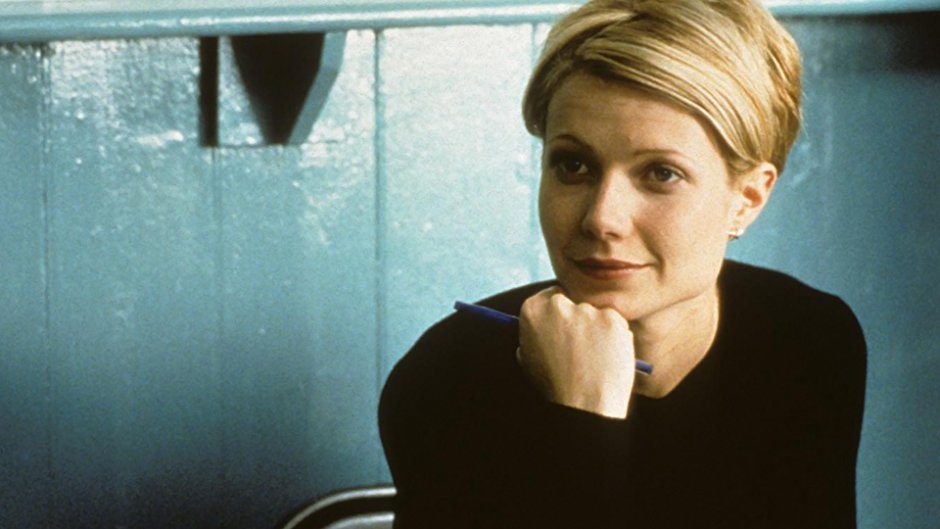 ‘Sliding Doors’ is the story of Helen Quilley, a young woman who tries to choose the correct path of her life, which is crafted through two storylines showcased from the perspective of whether or not she catches a train. Written and directed by Peter Howitt, ‘Sliding Doors’ is an enjoyable piece of work. While it lacks a neatly crafted screenplay, the film sails through with the help of Gwyneth Paltrow who is immensely likable as the protagonist. ‘Sliding Doors’ premiered at the Sundance Film Festival and received moderately positive reviews. Critics praised the premise and the performance of Paltrow but were critical of the screenplay. The romantic comedy-drama was a commercial success, grossing $58 million against a budget of $6 million. 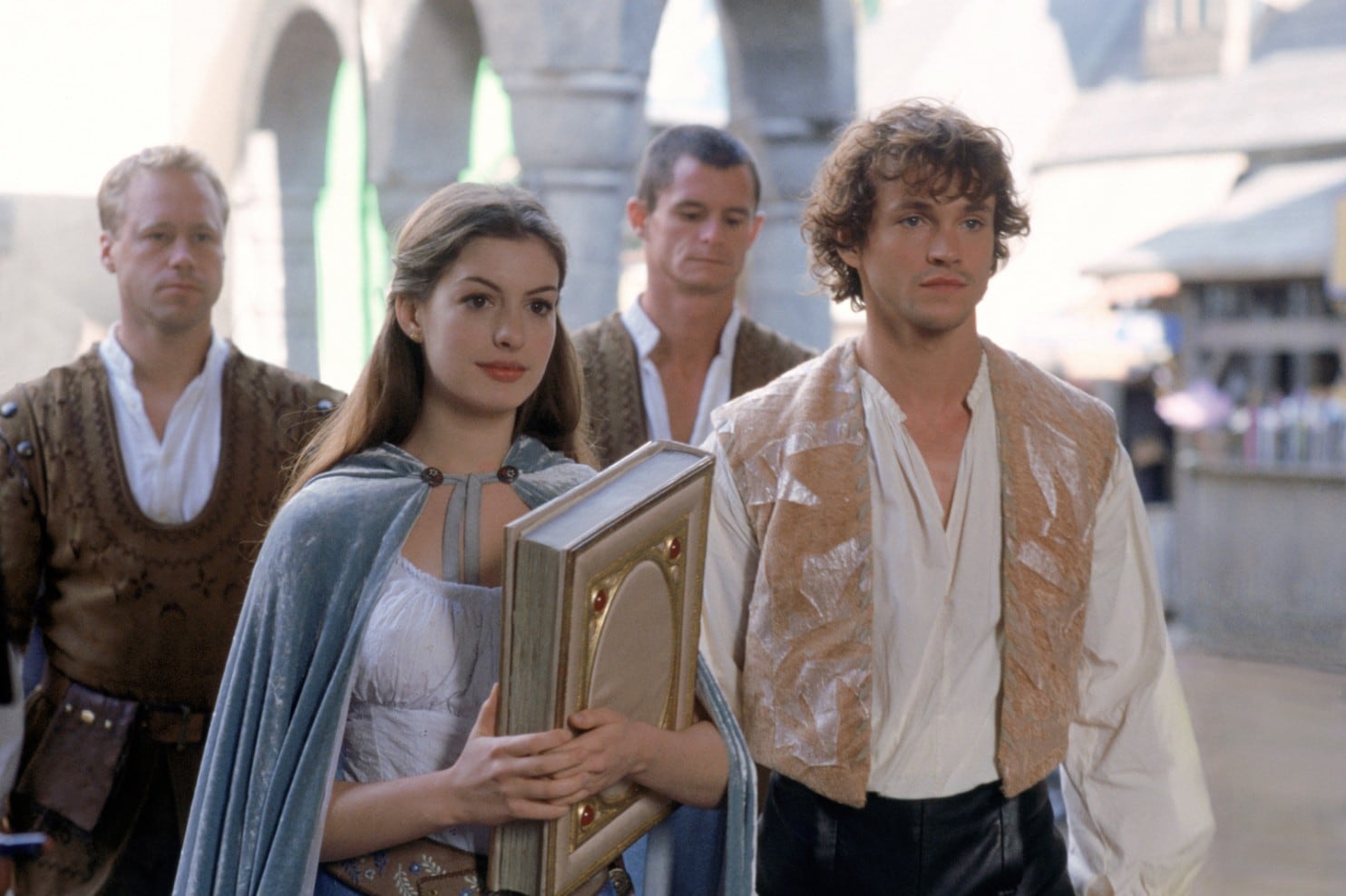 Adapted from the young adult novel ‘Ella Enchanted’, written by Gail Carson Levine, which was published in 1997, this Tommy O’Haver directed film is the story of the titular Ella, a girl who is put under a spell to be constantly obedient. She is forced to hide the spell from her new step-family in order to protect the prince of the land, who is her friend, as she is falling in love with him. A fantasy romantic comedy, ‘Ella Enchanted’ functions as a retelling of ‘Cinderella’. The film stars Anne Hathaway as the titular character and Hugh Dancy stars as the charming Prince “Char” Charmont. The narrative works upon the fairy tale genre, which has made it a favourite among classic fairy tale fans. Film critic Roger Ebert praised the film, writing that it was the best family film of the year. 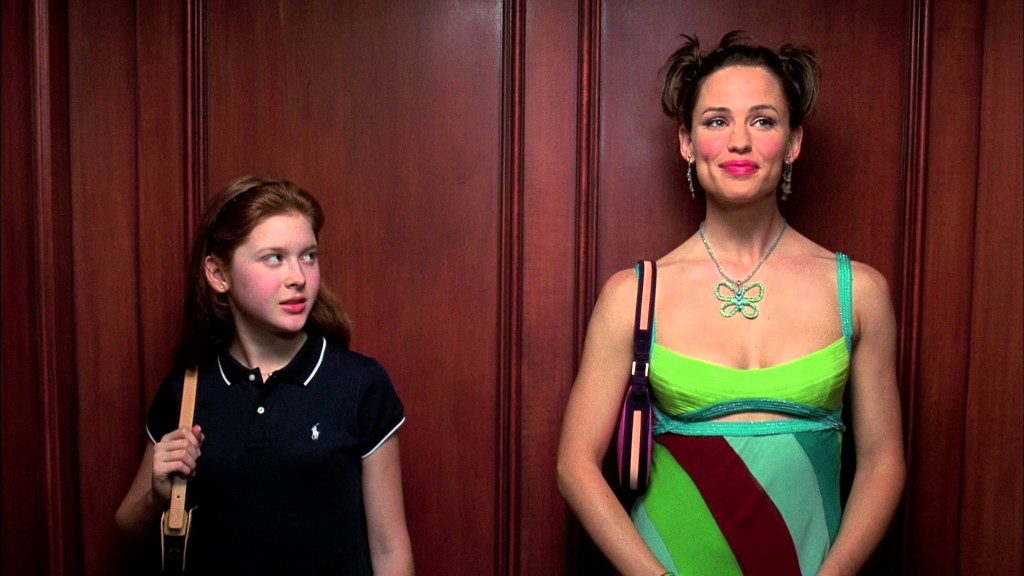 Directed by Gary Winick and co-written by Josh Goldsmith and Cathy Yuspa, ’13 Going on 30’ is a fantasy romantic comedy which follows 13-year-old Jenna Rink, a girl who has immense desires to be popular. When she is bullied and humiliated by her classmates on her birthday, she makes one last wish to be the age of 30. Fantastically, the next day, Rink finds herself five days away from her 30th birthday. Christa B. Allen stars as the young Rink and Jennifer Garner stars as the old Rink.

Garner does an impressive job in essaying the role of the character by incorporating the personality traits of a young child and an adult. She does not seem annoying or juvenile, which is an important aspect of the success of the film. ’13 Going on 30’ received highly positive reviews. While critics praised the performances and the narrative development, many positive comments were directed towards the film’s message of self-empowerment. The romantic comedy was a commercial success too, as it turned $96.5 million against a budget of $37 million. 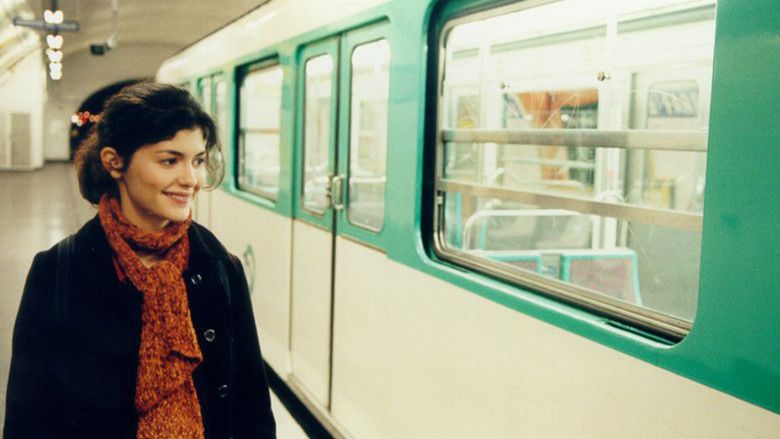 Written and directed by Laurent Firode, ‘Happenstance’ is the story of how a young woman and a young man meet inexplicable through a series of unrelated events. The narrative of the film stems from the theory of the “Butterfly Effect”, which vent eh title means.  ‘Happenstance’ stars Audrey Tautou and Faudel as the young woman and man. One big problem the film suffers from the superficiality of the narrative which is due to the over-dependence upon the premise of the aforementioned theory. The French film is nonetheless a delightful watch due to the wonderful performances by Tautou and Faudel. Due to its rather low popularity, the film has been buried over the years. However, the innovate premise coupled with the performances make ‘Happenstance’ a must watch. 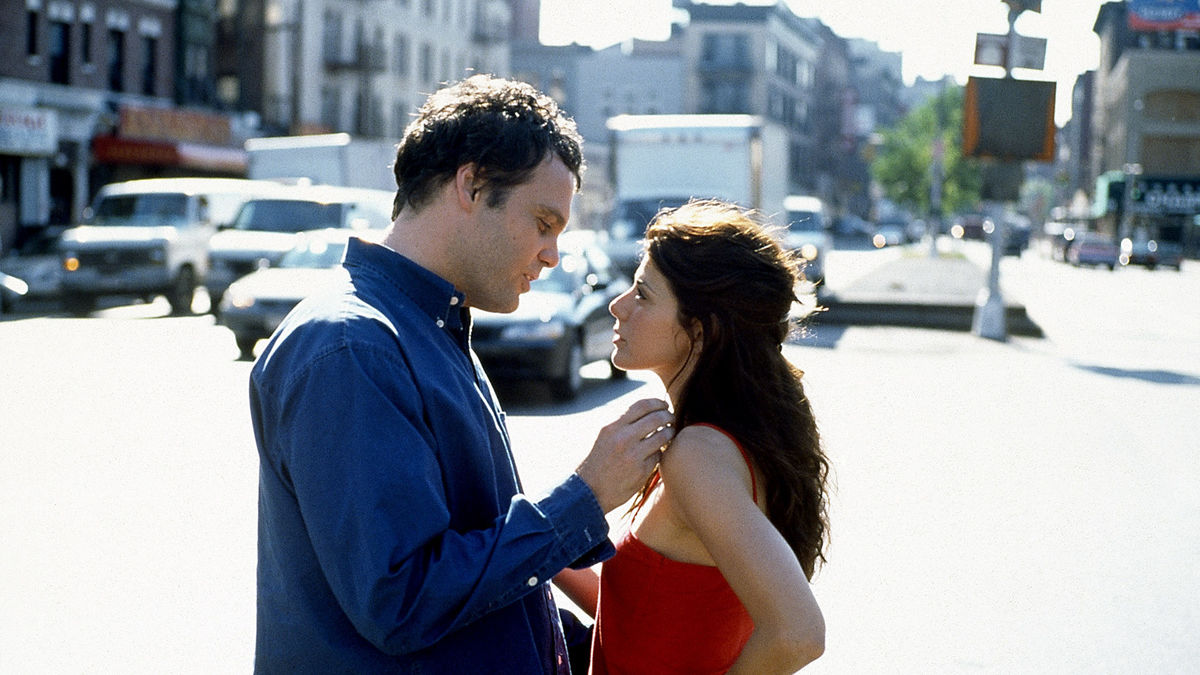 Written and directed by Brad Anderson, ‘Happy Accidents’ stars Marisa Tomei as Ruby Weaver, a young woman who upon meeting Sam Deed, essayed by Vincent D’Onofrio, believes that she has found the man of her dreams. Things take a confusing but enchanting turn when Deed divulges that he is from the future. The film premiered at the Sundance Film Festival and was met with positive reviews. However, upon its theatrical release, the reviews were slightly polarizing, with some criticising the silliness of the narrative and some commending its innate childishness. The two actors share great onscreen chemistry, which makes for an entertaining watch. There are several critics who also inducted the film in their “best of the year” lists.

A romantic fantasy thriller, ‘Ghost’ follows Sam Wheat, a young man who after being murdered comes back as a spirit to his partner, Molly Jensen, to warn her of any impending danger with the help of Oda Mae Brown, her unenthusiastic psychiatrist. Directed by Jerry Zucker and written by Bruce Joel Rubin, the film stars Patrick Swayze, Demi Moore and Whoopi Goldberg as Wheat, Jensen and Brown. While the film suffers from a sloppy third act, it is powered through by the sizzling chemistry between Swayze and Moore. ‘Ghost’ was met with positive critical reception and went on to become the highest grossing film of its year, earning $505.7 million against a budget of $22 million.