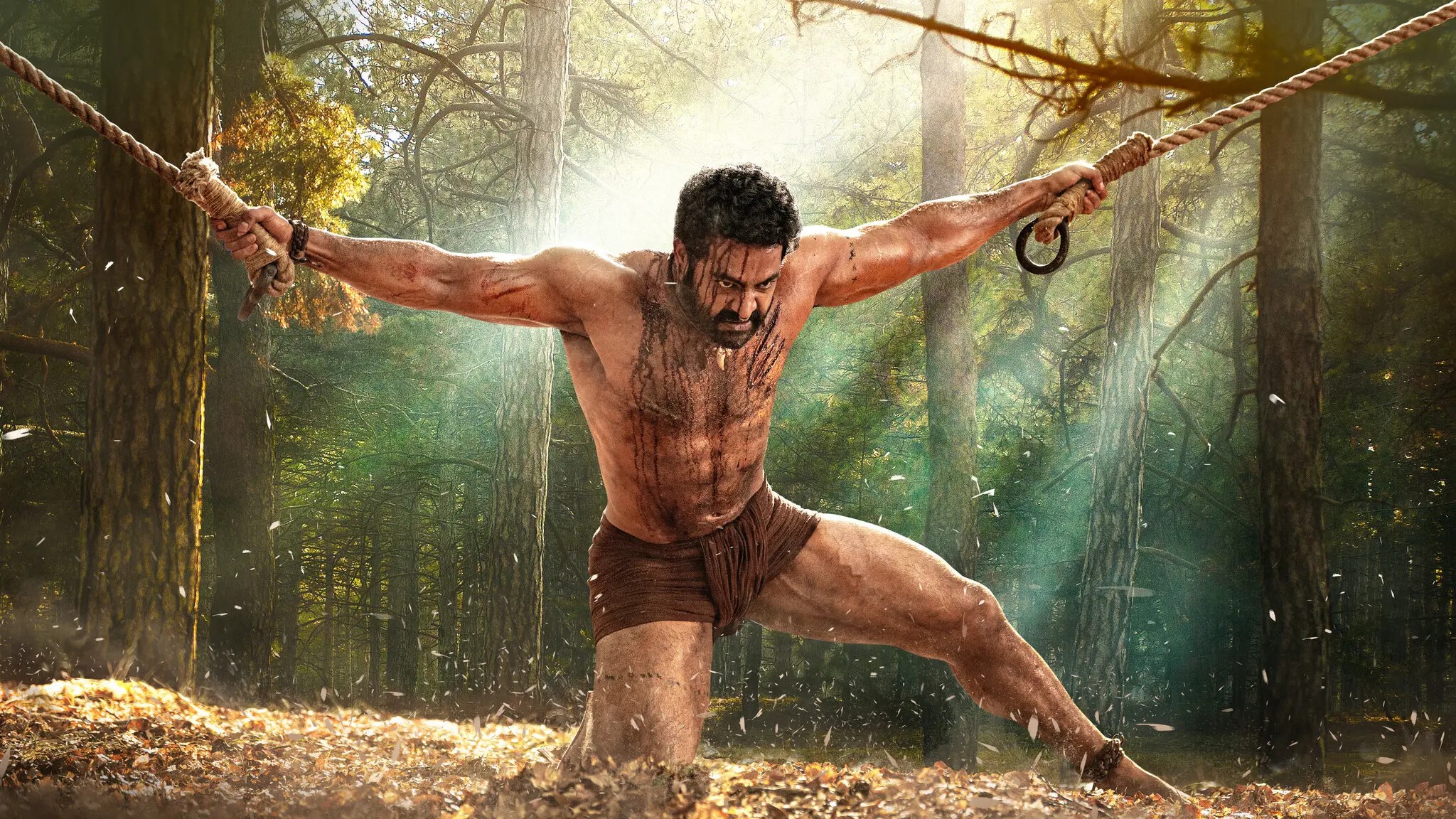 Directed by S. S. Rajamouli, ‘RRR‘ is an Indian movie in the Telugu language that has gripped the world in its clutches. The action film presents a fictional story of two real-life Indian revolutionaries. It has garnered praise from viewers and critics alike, and thanks to the excellent storyline and phenomenal cast, the movie has even made an impact on the western population. Many cannot help but compare it to movies like ‘Mad Max: Fury Road.’ The film tells the tale of Komaram Bheem (N. T. Rama Rao Jr.) and Officer Alluri Sitarama Raju, AKA Rama Raju (Ram Charan), during the British-Raj.

Many viewers could not help but be amazed by the quality and the grandness of the record-setting film. The historical movie is perhaps one of the few Indian films that have gained so much attention in the west. However, we cannot help but wonder if the admiration received by the movie might be due to the lack of Indian films that the international audience may have across. If ‘RRR’ has piqued your interest and has you looking for something similar, here are 12 Indian movies that might help you with the same. You can watch most of these movies similar to ‘RRR’ on Netflix, Hulu, or Amazon Prime.

‘Baahubali: The Beginning’ is a drama film set in ancient India. The movie follows the royal conflict in the kingdom of Mahishmati. It tells the story of Sivudu (Prabhas), AKA Mahendra Baahubali, a hidden prince who has to rise from his humbling circumstances and defeat his tyrannical uncle, King Bhallaaladeva Chakravarti (Rana Daggubati). The vendetta also has a personal side since Bhallaaladeva was responsible for his father, Amarendra Baahubali’s (Prabhas) death, and the imprisonment of Mahendra’s mother, Devasena (Anushka Shetty).

Though the movie tells a fictional story, the narration and cinematography give it a historical feeling. Upon its release, viewers could not help but compare the plot to popular Indian stories like Mahabharata and Ramayana. For those who would like to dip their toes into the world of Indian historical cinemas, ‘Baahubali: The Beginning’ and its 2017 sequel, ‘Baahubali 2: The Conclusion,’ might be a good start. 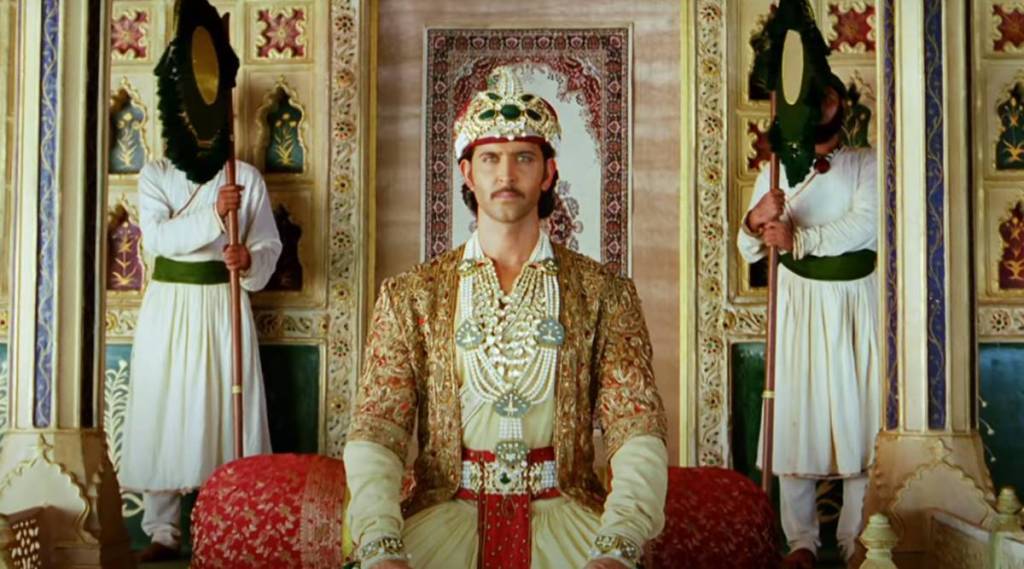 The historical movie tells the tale of a royal romance between two people who are brought together under dire circumstances. ‘Jodhaa Akbar’ revolves around the Mughal Emperor Akbar (Hrithik Roshan) and his wife, Jodhaa Bai (Aishwarya Rai Bachchan). Through the movie, the audience gets to know about how the Mughal emperor ruled his kingdom, his tolerance of Hinduism, unlike his predecessors, and the fatal plots surrounding him. Though romance is the movie’s central point, it also appeals to history enthusiasts. Given the historically relevant story and a love story that can rival fairy tales, the film is worth watching if you liked ‘RRR.’ 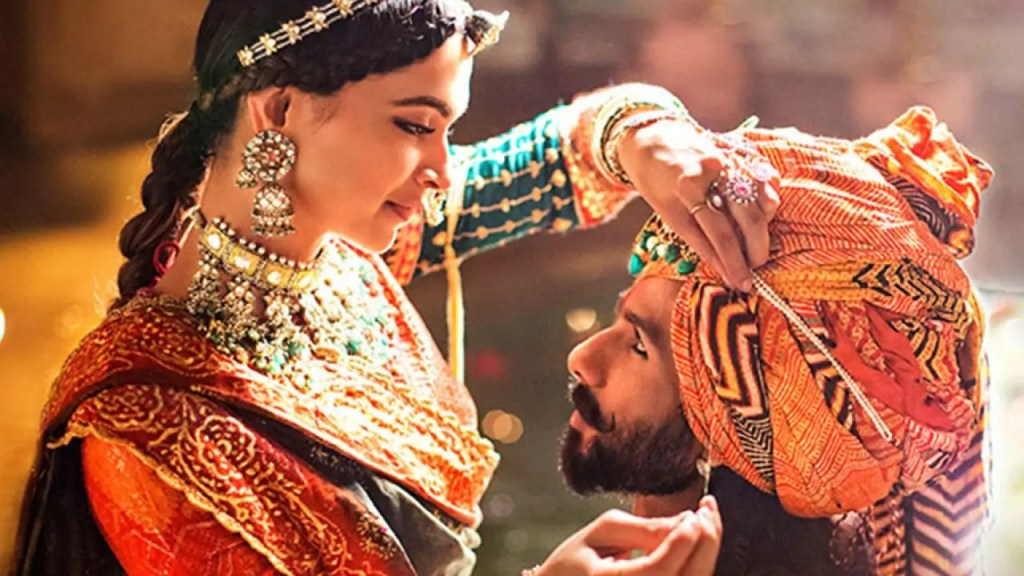 ‘Padmaavat‘ is a historical movie based on the eponymous epic poem by Malik Muhammad Jayasi. The film tells the story of the beautiful queen Padmavati (Deepika Padukone), who is married to Maharawal Ratan Singh (Shahid Kapoor). The tales of her beauty and grace reach the years of Sultan Alauddin Khilji (Ranveer Singh), who attacks the kingdom of Mewar to have the famed beauty to himself. Thanks to the talented cast and jaw-dropping cinematography, the movie garnered high praise, though it also became a subject of controversies due to the sensitive topics portrayed in the film. That being said, if you are looking forward to watching historical India in all its grandness, this is the movie for you. 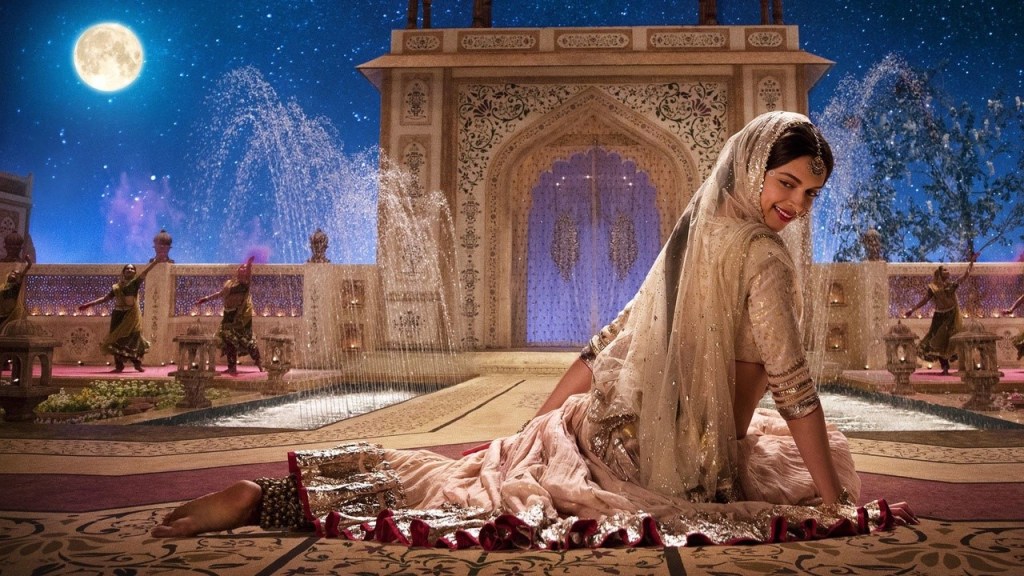 A tragic love story never fails to grasp the attention of the audience. ‘Bajirao Mastani’ successfully showcases that through the story of Peshwa Bajirao (Ranveer Singh) and Mastani (Deepika Padukone). As the Peshwa’s second wife, Mastani has to face harsh ridicule from society and the Peshwa’s family. On the other hand, Kashibai (Priyanka Chopra), Peshwa’s first wife, cannot help but wonder why her husband has given his heart to someone other than her. The movie does a phenomenal job of relaying the intricacies of the society at the time and the political machinations. 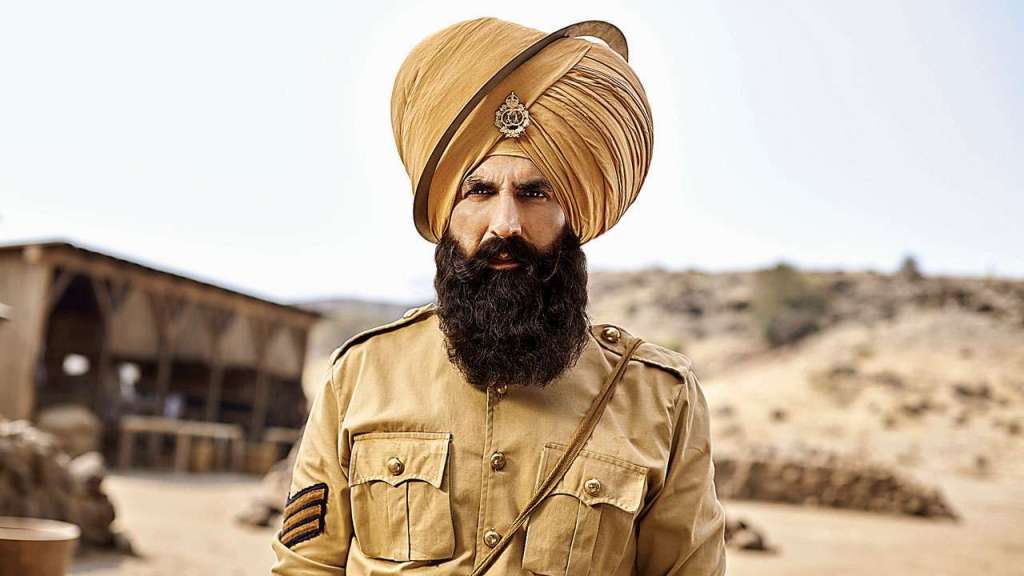 ‘Kesari’ tells the story of the Sikh Regiment of the British Indian Army, who was posted at the Gulistan fort on the border between British-held territory and the Afghan territory. Comprising of only 21 soldiers, the Sikh Regiment has to hold off 10,000 Pashtun invaders who are attacking the border. Despite the highly unfair odds, the soldiers stand ready to fend off their enemies and show the world what they are made of. The story is an ode to a real event and pays tribute to the fallen soldiers of Gulistan Fort. For anyone looking forward to watching a movie full of valor and determination, ‘Kesari’ is the perfect solution. 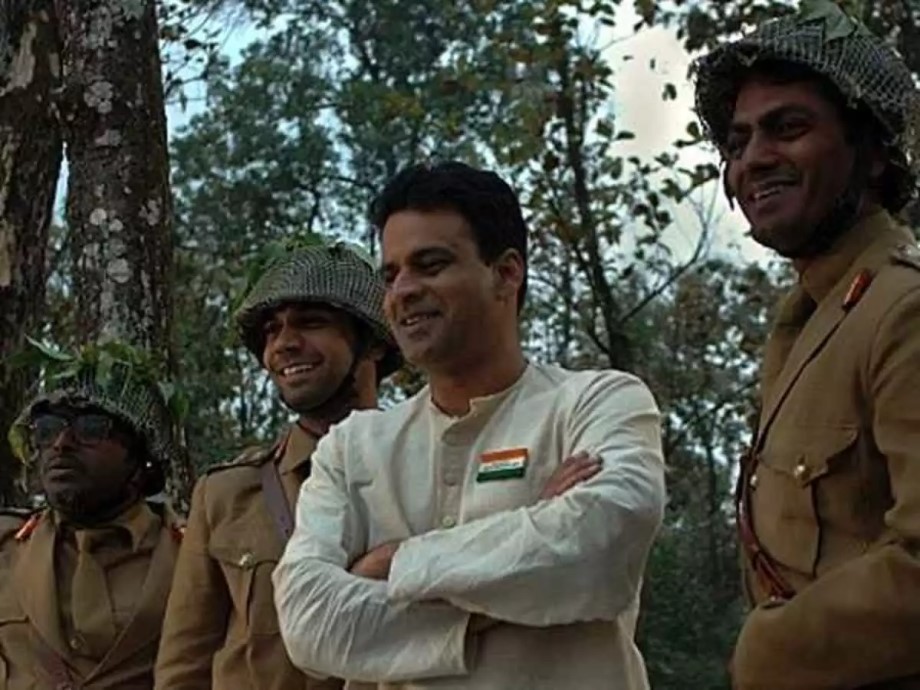 Set in current-day Bangladesh, ‘Chittagong’ chronicles the story of a group of school students who decided to fight against the British Raj, led by their teacher, Surya Sen (Manoj Bajpayee). The movie is told as a flashback, as one of the students, Jhunku (Delzad Hiwale), remembers the rebellion led by his teacher.

The incident leads Jhunku to become a leader in his own right and help peasants regain their grains from the British. Though the event is not widely known even in India, it is one of the many revolts through which the Indians fought back against their colonizers and the tyranny imposed on them. Fans of ‘RRR’ will not be disappointed with this movie which also tells the tale of unsung heroes of the Indian Freedom Struggle. 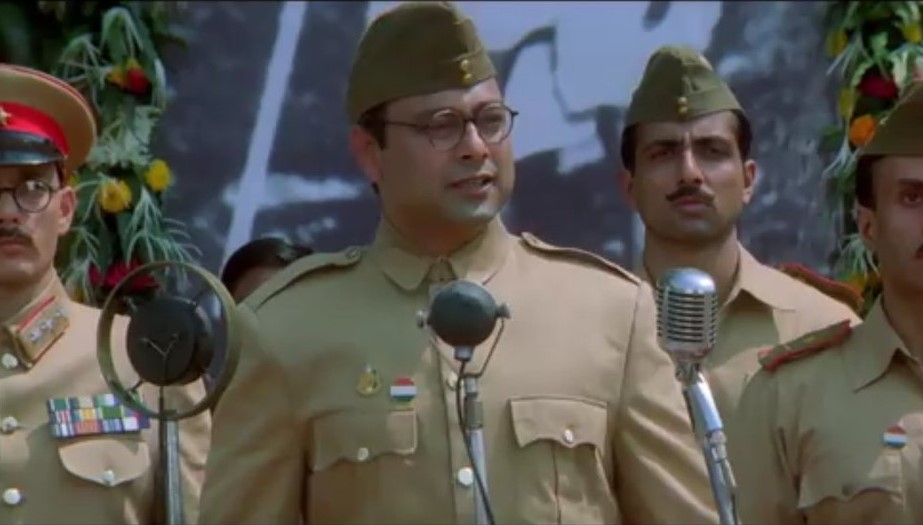 The biographical movie ‘Netaji Subhas Chandra Bose: The Forgotten Hero’ tells the story of freedom fighter Subhas Chandra Bose, who is arrested by the British Raj. He escapes and decides to help the Indian Freedom cause through international connection. His travels took him across Afghanistan, Germany, and Italy, among other places. He is forced to ally with unlikely figures but never lets his struggles deter him from helping his homeland. Subhas Chandra Bose is a highly respected revolutionary figure in India. His actions and political disagreements shown in the movie let the viewers learn about those who took a different path than Mahatma Gandhi. 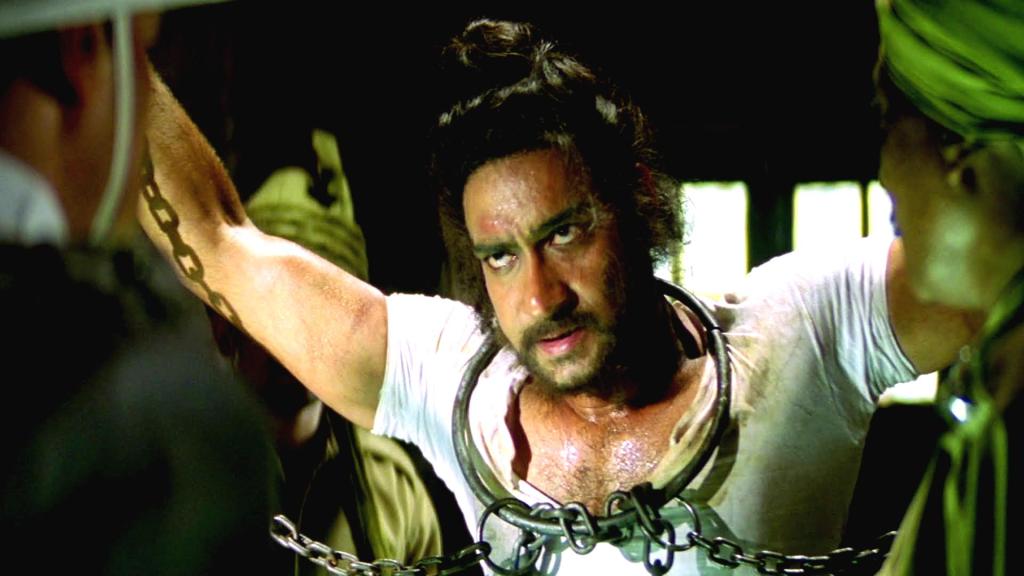 Bhagat Singh is perhaps one of the most beloved freedom fighters in India. His humble origins, educated background, and sacrifices make the man a legendary figure in Indian history. Born in Punjab, Bhagat Singh was initially heavily inspired by Mahatma Gandhi. However, he became disillusioned after Gandhi called off the non-cooperation movement in 1922 and started looking for alternative means that might help India gain its freedom. His story is beautifully portrayed in ‘The Legend of Bhagat Singh,’ where Ajay Devgan takes up the role of the famed Indian Revolutionary. 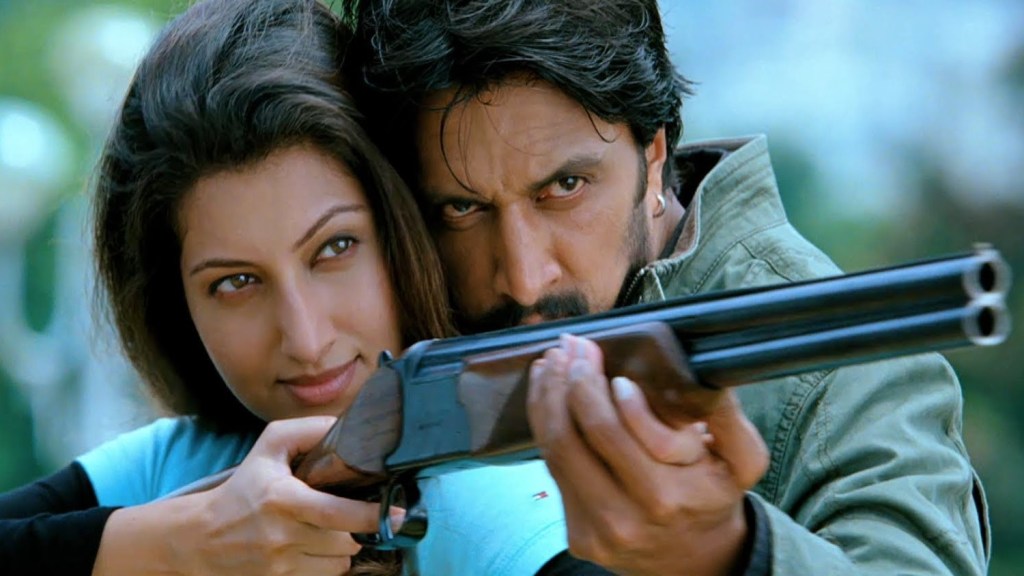 Coming from the same director as ‘RRR,’ ‘Eega’ is S. S. Rajamouli’s fantasy action film that explores the concept of reincarnation. Nani (Ghanta Naveen Babu) is in love with a miniature artist named Bindu (Samantha Ruth Prabhu), who runs an NGO. However, a powerful industrialist named Sudeep (Sudeep Sanjeev) also has his eyes on Bindu and decides to kill Nani to eliminate his competition.

Listening to Bindu’s confession of love during his last moments, Nani is reincarnated as a fly. The man-turned-fly decides to destroy Sudeep’s and save Bindu from his clutches. The movie may not be historical in nature, but it shares several themes with ‘RRR.’ Thanks to the blend of comedy and action, viewers truly get to enjoy a classic Indian movie experience. 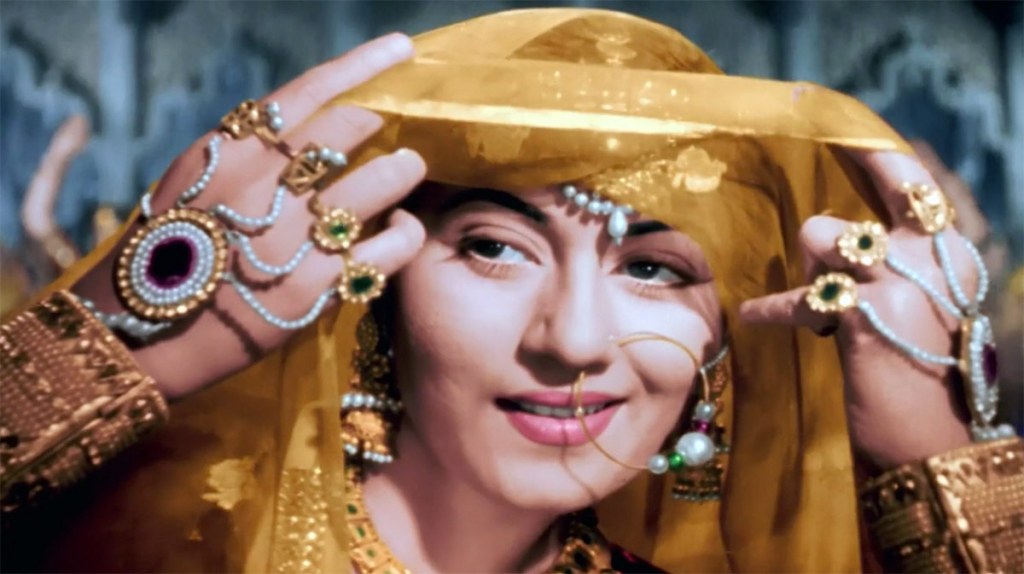 ‘Mughal-e-Azam’ is perhaps the most well-known movie historical movie in India. From its music to its writing, the movie captures the viewers’ hearts and is heavily quoted even today. Set during the reign of Emperor Akbar (Prithviraj Kapoor), the film revolves around the ruler’s son, Prince Salim (Dilip Kumar). It tells about the prince’s ill-fated romance with a court dancer named Anarkali (Madhubala). The difference in their social status leads to a turbulent love story with a tragic ending. This movie is a must-watch for anyone who wishes to delve into the genre of Indian historical cinema. Not only is the film iconic in its own right, but its settings allow the audience to get a glimpse of the grandeur of Indian courts during the time. 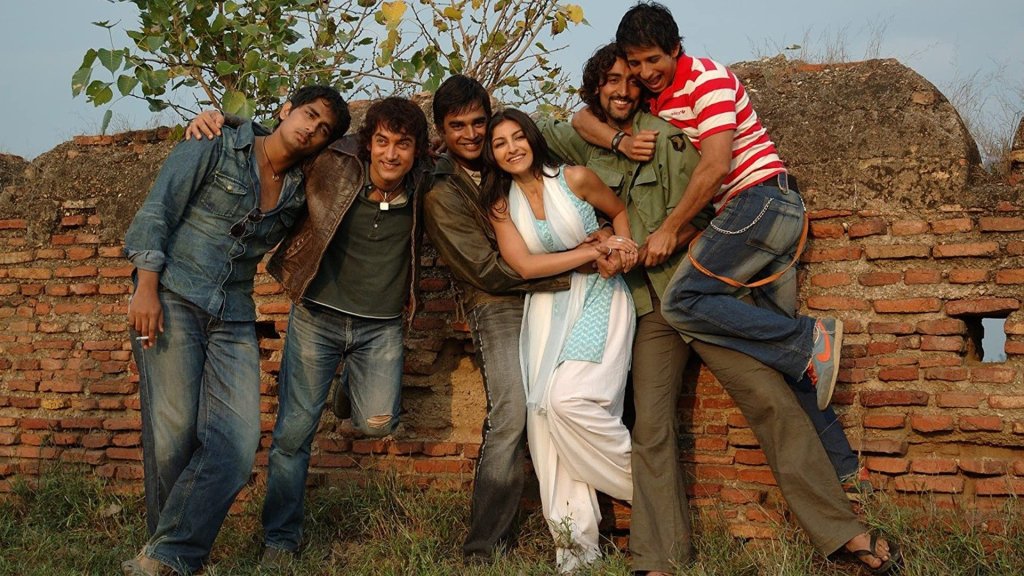 Film student Sue McKinley (Alice Patten) from London is fascinated by her grandfather’s diary, which details the capture and execution of five Indian freedom fighters. She decides to travel to India and make a movie based on the journal. She decides to cast a group of college students. However, the colonial period is nothing more than added history lessons for these students.

After a tragedy befalls their friend, Flight Lt. Ajay Singh Rathod (R. Madhavan), they start to see the similarities between themselves and their film counterparts. The movie addresses several sensitive topics and addresses issues not generally addressed. It has made its way on this list for detailing the struggles during the British Raj and emphasizing the lessons imparted by those who gave up their lives for their country. 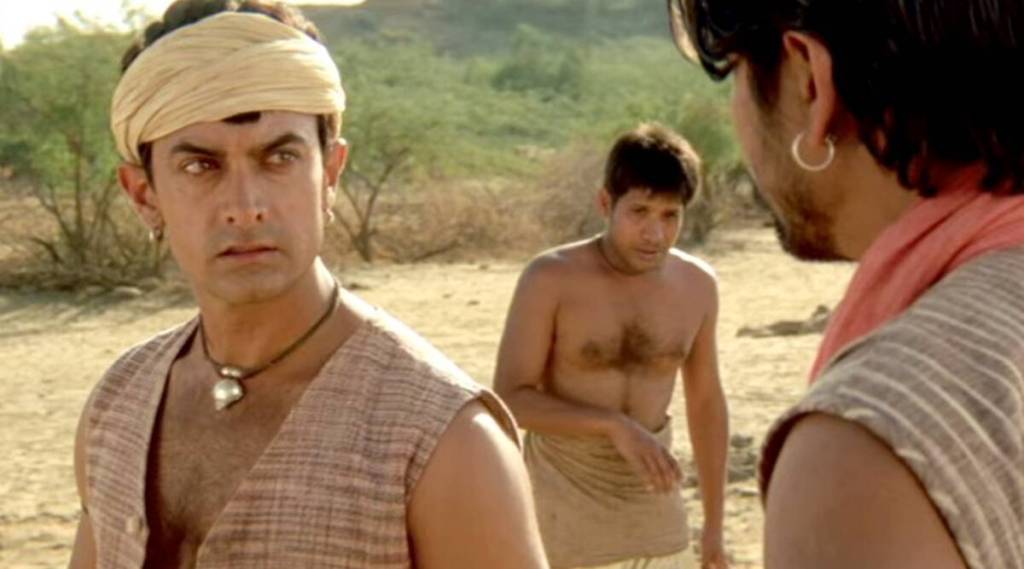 The tyranny of those in power affects the commoners the most. Set during the British Raj, ‘Lagaan’ is a fictional story set in a village that has not been able to grow any crops due to the lack of rain. They approach the Raja for an exemption in taxes. During the meeting, the Raja is busy watching a game of cricket, and a young farmer named Bhuvan (Aamir Khan) mocks the game.

However, he is overheard by Andrew Russell (Paul Blackthorne), a cruel captain of the East India Company. Insulted, Andrew bets that he will cancel the village’s tax for three years if Bhuvan can defeat his team. Though he has no clue how the game works, Bhuvan accepts the challenge to help his village. Like ‘RRR,’ ‘Lagaan’ depicts how the British rulers exploited the common Indian citizens and how the Indians fought back in any way they could.

Read More: Is RRR Based on a True Story?