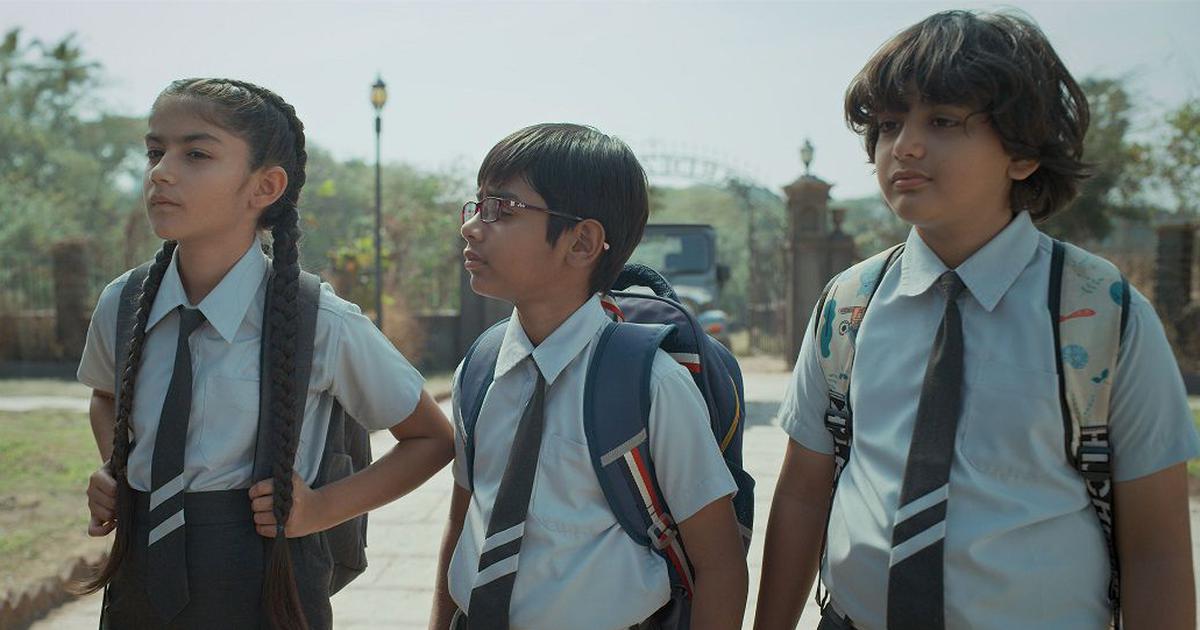 Netflix emerged as the giant killer in the 21st century entertainment industry by slaying the video rental business and a then thriving cable TV subscription. The streamer has established an industry around subscription and streaming. But one of the key factors that makes Netflix a cultural phenomenon than a business model in the entertainment industry is the streaming platform’s localization drive. It has emerged emerged as a leading payer offering content for non-English speaking markets. Almost all the streamers have produced successful TV shows from countries like Brazil, Korea, South Africa, and India, among others. The localization strategy helps them to multiply the number of subscribers all over the world.

For a long time, Indians were in need of engaging television shows which would not be steeped in melodrama, and thus when shows like ‘Ghoul‘ or ‘Sacred Games‘ released, they quickly became staples in the lists of must-watch shows for Indians. The horror series ‘Typewriter‘, co-written and directed by Sujoy Ghosh, is another important addition to Netflix’s body of original content from India. Following the recent success of ‘Stranger Things‘, this series uses child characters as its main protagonists, but the impact left on the audiences is hardly as all-encompassing as its American counterpart. The plot follows the four children who probe into the mystery behind a haunted house. But soon realize that they are out of their depth in handling the evil that lurks inside the house.

‘Typewriter’ is an interesting attempt by the director, but he is unable to create a long-lasting impact on the viewers. Tagged as India’s ‘Stranger Things,’ the five-episode series demands your patience to a great deal. So, without further ado, here is the list of best TV series similar to ‘Typewriter’ that are our recommendations. You can watch several of these TV shows like ‘Typewriter’ on Netflix, Hulu or Amazon Prime. 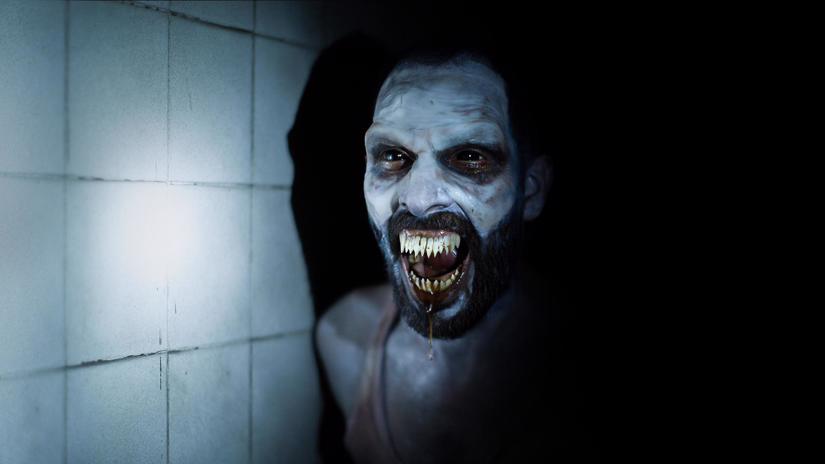 The second Indian original production from Netflix, ‘Ghoul‘ does manages to push the boundaries beyond the constraints of the conventional Indian television industry in terms of plot, budget, technical perfection, and stellar performances. The three-episode miniseries depicts a dystopic future where the entire country is ruled by a fascist government. Within this government’s structure, there is severe discrimination against religious minorities and books are banned as if they are narcotics. But as always, in the times of severe oppression, there’s always a counter force emerging in some form or the other.

The central character of the story is a bright young policewoman called Nida Rahim who at first takes to heart the preaching of the fascist government. Despite belonging to a religious minority herself, she is sworn to carrying out her duty no matter what under the fascist regime. Nida’s loyalty is severely tested when an infamous rebel is brought in for interrogation. The mysterious man unravels a violent dark force which can kill anything in its path. ‘Ghoul’ keeps the viewers on the edge of their seats with Patrick Graham’s brilliant direction and soundscapes. Moreover, the stellar performances of the lead actors, Radhika Apte and Mahesh Balraj, make the series a must watch. Set withing the confines of an army facility, the entire story unfolds during a single night of torrential rain and thunder. The setting adds a lot to the horror quotient of ‘Ghoul.’ 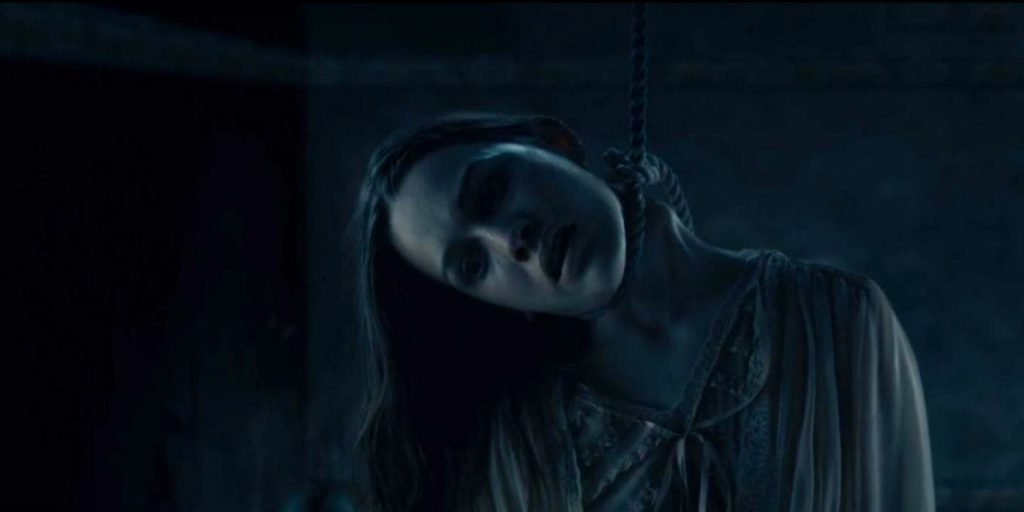 Halloween 2018 saw Netflix coming up with a number of horror-related content to capture the seasonal winds of the market when many are likely to binge-watch such shows or films along with their family and friends. The film ‘Apostle’ and the horror series ‘The Haunting of Hill House‘ became Netflix’s two most important titles during this period. With ‘The Haunting of Hill House,’ the streaming giant has managed to create a horror franchise which goes much beyond its genre tropes and becomes a meditative work on the complexities of the relationships we share with members of our family tree.

The story centers around the Crain family who buy an old desolated house in order to renovate and sell it. But before they manage to do either, each one of the family members experiences some supernatural presence in one form or the other. The experience of each family member has a deeper connection to his or her own personal life as if to deliver a haunting reminder from a ghost world. Watch this series for some genuinely scary moments and the intriguing backstories of each character. Strong performances from the cast members are an added bonus to the horror in the offing. 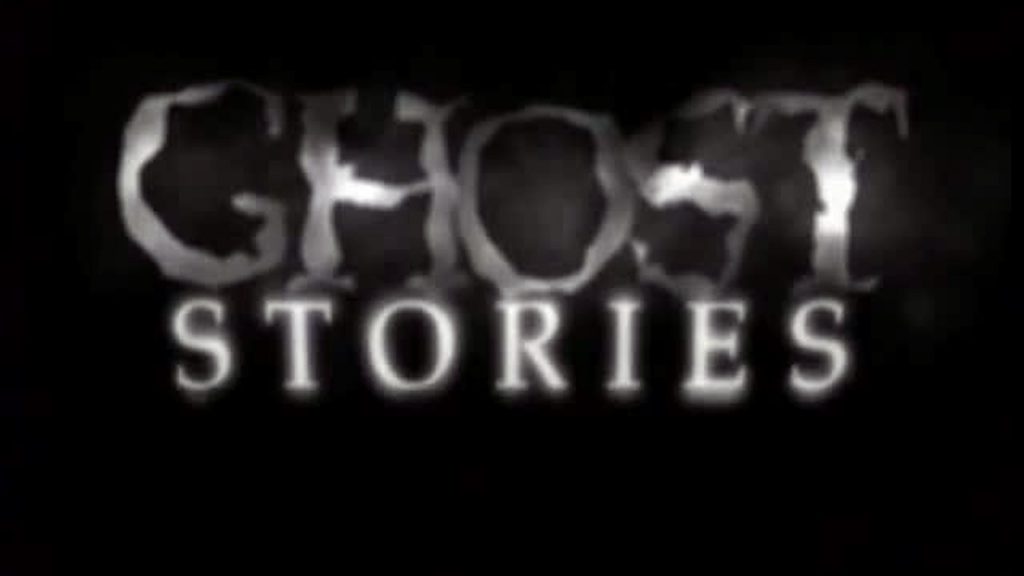 Who doesn’t want to indulge in a scary horror TV series which will give you the creeps you so crave at regular intervals? This is probably the idea behind the creation of the 1997 series, ‘Ghost Stories,’ which first aired on the Family Channel. Each episode of ‘Ghost Stories’ is a complete tale unto itself, with the series following the treatment pattern first used in ‘The Twilight Zone,’ where each story comes with an unexpected twist at its end.

Narrated by Rip Torn, stories in the series follow a similar structure of progression despite being vastly different from each other. Again following the precedence of ‘The Twilight Zone,’ each episode starts with a message where the narrator invites the viewers to embark on a horror-trip to a land of unimaginable fear! 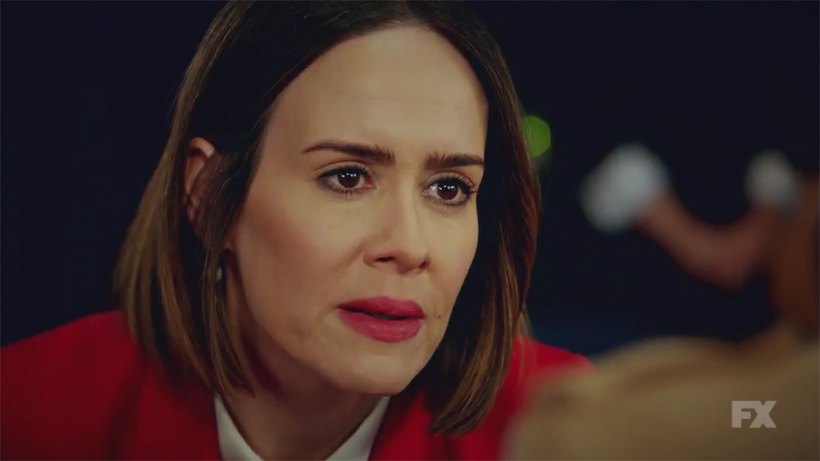 Created by Ryan Murphy and Brad Falchuk, ‘American Horror Story‘ is a long-running horror TV franchise which has received equal amounts of praise from both the critics and the audiences. Each season of AHS works like a miniseries where a completely new story begins and ends within the season. The reason AHS has managed to hold on to its popularity for so long is the way each season comes with something strikingly new to offer. From the settings to the story and characters- everything makes you feel like watching a brand new show.

Besides the innovative storytelling which takes us by surprise every season, one thing that AHS stands out for is the stunning performances. Academy Award winner Jessica Lange takes us by storm with her portrayal of a washed-out actress in the first season. So does Lady Gaga as the eerie hotel owner in season 5. AHS is a must watch for horror enthusiasts for its well-chiseled characters who carry intriguing backstories, a real feat that ‘Typewriter’ drastically fails to achieve. 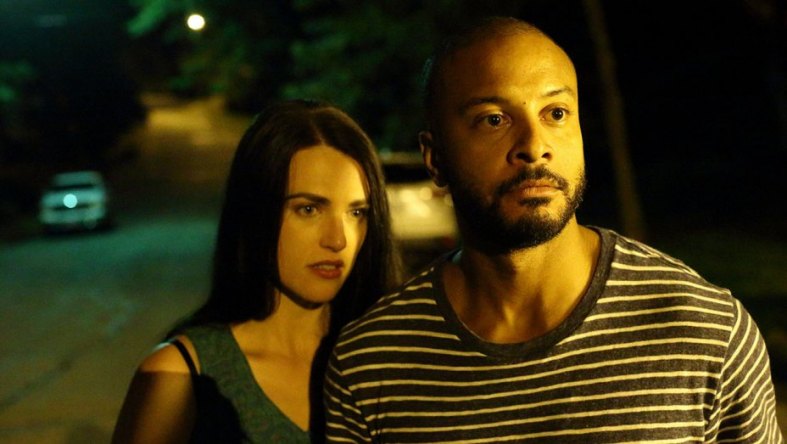 Slasher movies have always been a staple of the horror universe ever since ‘The Texas Chainsaw Massacre’ first released in 1974. Also an anthology series following the same structure as ‘American Horror Story’, ‘Slasher‘ uses the famous trope of an unknown murderer killing a bunch of people one after the other through brutal methods. The first season titled ‘The Executioner’ follows a woman who reaches her place of birth with her husband where a series of gruesome deaths had occurred when she was young.

However, the murders begin as soon as she reaches the nostalgic town again. The second season of ‘Slasher’ is the story of a group of campers who revisit the place where they had murdered and buried a girl, only this time they become the victims themselves. Each season tells a unique tale and delivers it with tightly packed thrills and fear that prompt the viewers to come back for more, again and again. No wonder, fear is an emotion that works like a never-ending loop where we go through the same screams, shudders and chills while experiencing them anew each time. 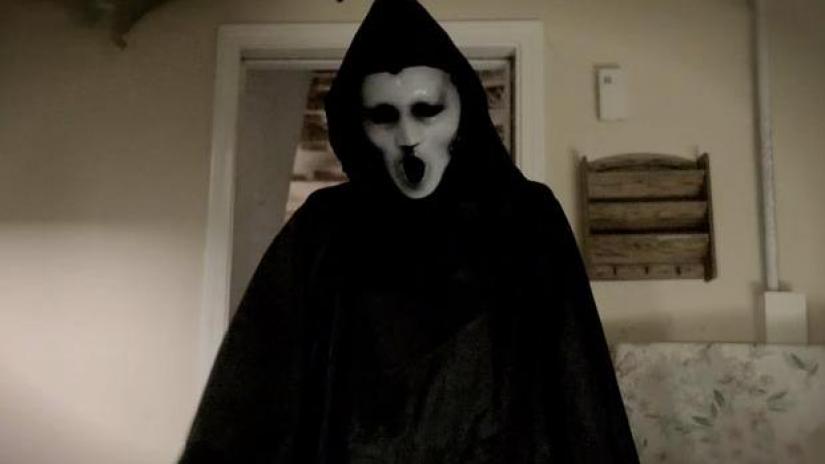 There aren’t any other horror franchise which has managed to reach the heights of fandom as  Kevin Williamson and Wes Craven‘s ‘Scream.’ The franchise,  which is produced by Miramax, launched the ‘Scream’ universe with four feature films directed by Craven. The series takes over the horror legacy in in 2015 as the latest addition to the slate. Seasons 1 and 2 of ‘Scream’ tells the story of a girl called Emma Duval and her tryst with a threatening murderer who kills anyone who crosses paths with him.

Season 3 takes a diversion as it moves away from Emma to follow a new protagonist named Deion Elliot, whose life turns into a living hell when the iconic killer wearing the ‘Ghost-face’ mask comes after him. ‘Scream’ offers us all that we expect from a horror series, but fails to come up with solid story. Scares seem to be the only thing the makers of ‘Scream’ care about, and that becomes a problem because TV shows cannot just stand on one trope to deliver a solid entertainer. This is a longer format of the audiovisual medium and interesting characters and a well-developed plot punctuated with adequate cliffhangers is a must to keep the viewers on the edges of their seats till the end. 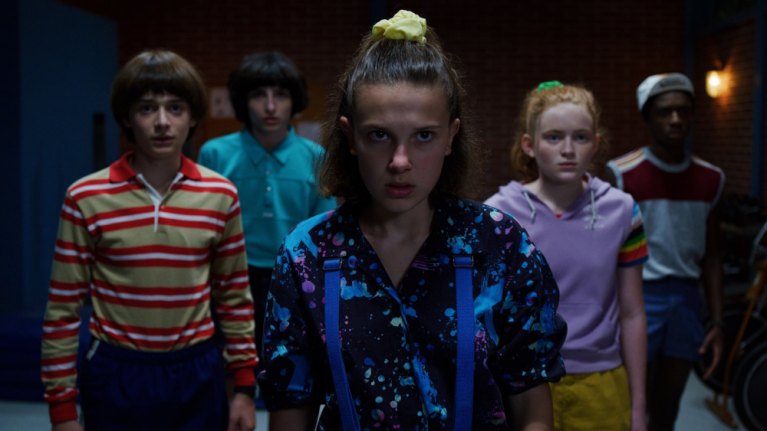 The ’80s was the decade of excess with lots of music, a slew of aft, a huge pile of movies, and even literature witnesses a proliferation of written works during this period. Hair metal bands, which concentrated on looks and showbiz as much they did on their music, emerged during this time, and also did monster and science fiction movies. The Netflix original series ‘Stranger Things‘ is a tribute in the language of mystery and a throwback to the ’80s at the same time. Icons of the decade such Steven Spielberg and Stephen King also being honored with quirky references scattered all over the body the of the show.

The plot is set in a small town called Hawkins which gets invaded by monsters from a parallel universe after a covert lab experiment goes wrong. It is upon a group of kids and the special powers one of them possesses to save Hawkins and its inhabitants from being ravaged by the nefarious creatures from another space and time. Some have called ‘Stranger Things’ as Netflix’s most culturally significant original series for its intimate connections with the time the show is set in, not only in terms of the story, but through the background score, the costumes, and even the make-up. ‘Stranger Things’ also boasts of solid performances from its cast, especially the leading actors like Finn Wolfhard, Millie Bobby Brown, Gaten Matarazzo, and Caleb McLaughlin.