The Circle Season 5: Where is the Cast Now? 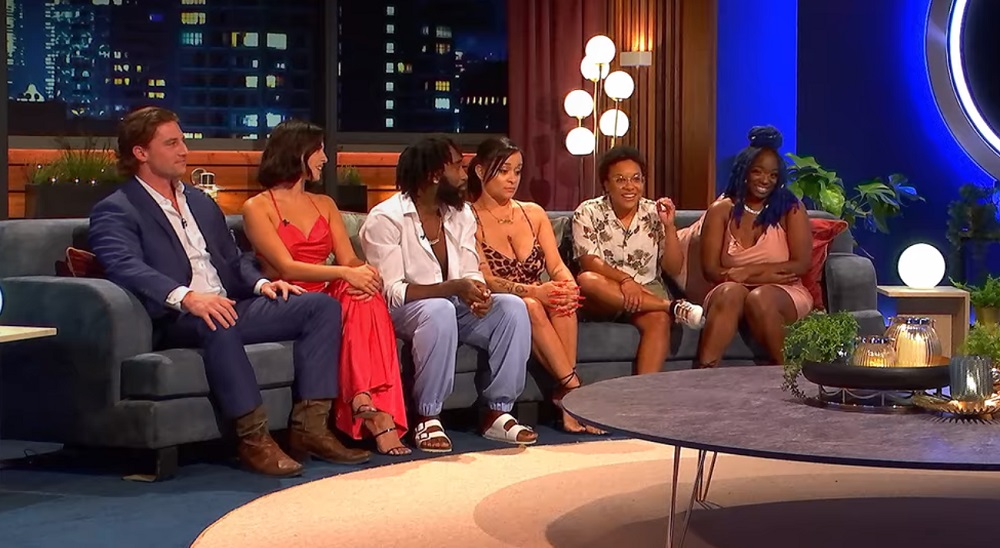 The recently released season 5 of Netflix’s ‘The Circle‘ has given the audience even new faces to cheer for. With plenty of drama, intrigue, and catfishing going around, it is hard not to root for one’s favorite. It is no wonder that fans of the show are eager to learn more about their beloved influencers from the reality series and their current whereabouts. So come with us as we explore the details of the same!

Where is Sam Carmona Now? 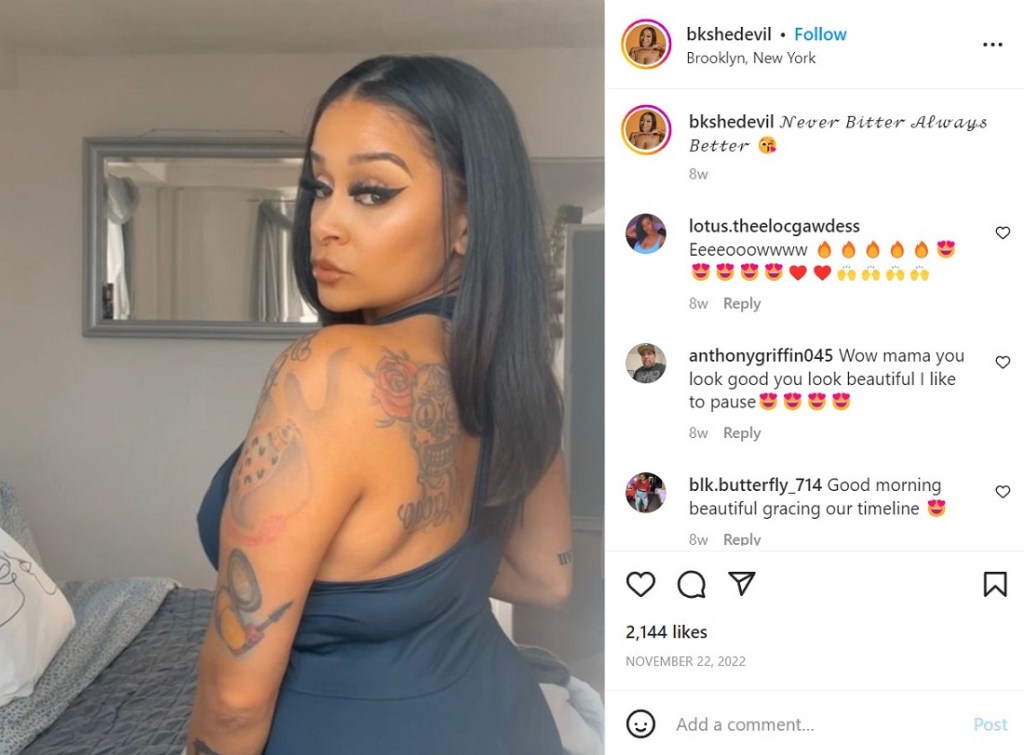 Starting off with the contestant who not only won the hearts of the people in the show but also those of us at home, we have Sam Carmona. The reality TV star with Puerto Rican roots is presently based in Brooklyn, New York. As a proud sneakerhead, her collection is certainly impressive, and Sam has always been proud to show it off. One of the biggest reasons behind Sam’s victory might be the fact that she is actually a real-life influencer. Her more than 775 thousand TikTok followers and 55 thousand Instagram fans cannot help but enjoy the blend of comedy and lifestyle that she presents through her content. Presently, Sam is seemingly single, often enjoys traveling, and adores spending time with her family and friends.

Where is Chaz Lawery Now?

Based in Los Angeles, California, Chaz “Shampoo Papi” Lawery hails from New Jersey. Though ‘The Circle’ season 5 runner-up did pursue nursing, he left the field behind and is now a successful entrepreneur and content creator. His decision to enter the field of business stems from his reluctance to work for anyone else, given his past experiences. He is the mind behind the Shampoo Papi Mobile Detailing company, which serves in countries like USA, UK, Mexico, Dubai, France, and Australia. In fact, the brand also gained praise from Daymond John of ‘Shark Tank.’ As for his relationship status, we believe that Chaz is happily engaged to his partner, though the reality TV star has not revealed his name as of writing.

Where is Raven Sutton Now?

As the first-ever deaf participant in the Netflix franchise, Raven Sutton created history on the show. Even though she was not the winner of this particular iteration of the series, her number of admirers has only grown by leaps and bounds. Having grown up in a primarily deaf family, her first language is actually American Sign Language (ASL), and though she can speak, she prefers to communicate using ASL.

In order to make music and dance more accessible, Raven is known for covering popular songs in ASL. Her version of Cardi B’s “WAP” certainly gained the attention of the internet in 2021. Presently, she serves as a Senior Survivor Resource Specialist for Deaf DAWN (Deaf Abused Women’s Network), which is based in Washington, DC. The reality TV star is also a self-employed Disability Consultant, Interpreter, and Performer. Raven has kept the details of her romantic life private, and while she does not seem to be dating anyone, her Facebook indicates otherwise.

Where is Tasia Lesley Now?

Based in Las Vegas, Nevada, Tasia Lesley is a content creator who used her social media skills to further herself within the show, helping her become one of the finalists. The influencer often uses her impressive internet presence to support movements like Black Lives Matter and often encourages her fellow members of the LGBTQIA+ community. As for her relationship status, Tasia is in a happy relationship with her girlfriend Tamira, a makeup artist whom she impersonated in the Netflix reality show.

Where is Xanthi Perdikomatis Now?

Even though Xanthi Perdikomatis did not succeed as herself in the Netflix show, she certainly gained the attention of the cast members and the viewers with her second run as “Jennifer.” Proud of her Greek heritage, the reality TV star is a gorgeous model who has partaken in photoshoots for several beauty and clothing brands. Additionally, she uses her impressive social media following to promote different companies and their products. Moreover, the reality TV star seems to love football and is a huge fan of the New England Patriots, which is fitting given that she grew up in Massachusetts. Presently, Xanthi is single and enjoys spending time with her friends and family.

Where is Brett Robinson Now?

For ‘Big Brother’ star Brett Robinson, the Netflix show may not have started on a high note, but he did end up becoming a finalist. Based in Dallas, Texas, he works as Corporate Account Executive for CrowdStrike, a position he has held since November 2020. Having turned 30 on January 15, 2023, Brett is looking forward to what life brings him next. He is affiliated with hoo.be and is close friends with Masha, a gorgeous model whom Brett refers to as his “twin.” When not working hard or participating in a reality show, Brett enjoys hiking and spending quality time with his loved ones.

Where is Oliver Twixt Now?

Oliver Twixt is no stranger to television and certainly charmed everyone with his appearance on the Netflix show. He has also been a part of WE tv’s ‘The Ts Madison Experience’ and ‘Chasing: Atlanta.’ Additionally, he is part of the writing team of Fox Soul’s ‘Turnt Out with TS Madison.’ The reality TV star creates a variety of music, including originals, covers, and remixes. As of writing, Oliver is based in Atlanta, Georgia, and is immensely proud of everything he has achieved in life.

Where is Tom Houghton Now?

As one of the biggest sources of humor in season 5 of the show, Tom Houghton earned many more admirers thanks to his Netflix appearance. The comedian has an impressive social media following thanks to his comedic content and relatable jokes. Though formerly based in the Tower of London in the UK, the reality TV star has left behind the famous castle and is ready to welcome whatever life brings next. Starting on January 26, 2023, Tom is going to spend a major portion of the year on his Absolute Shambles Tour 2023. Traveling across the UK, the comedian aims to provide fresh and varied content to his fans, who certainly cannot wait to see what the comedian has in store.

Where is Marvin Achi Now?

Marvin Achi’s actions in ‘The Circle’ certainly created waves and left him with many fans. Prior to his Netflix appearance, Marvin also appeared in ‘America’s Got Talent’ season 17, stating that his ability to clap his abs was his talent. He was also announced as one of the cast members of ‘Big Brother’ season 24, though that changed within 24 hours of the announcement. Presently, he serves as a Chemical Processing Engineer for Zindu Nutrition, a company he created himself. Moreover, he has a YouTube channel where he often posts fitness-related content.

Where is Shubham Goel Now?

Given his status as the runner-up of ‘The Circle’ season 1, Shubham Goel had to enter as a catfish in the show’s fifth iteration, though he did not find much success. Presently, the Indian-origin reality TV star is a part-time student at the University of Oxford and pursuing his Masters in Software Engineering. Since June 2022, he has been serving as the Product Manager for eBay and has not left his technical roots behind him. He is also the youngest person to stand up for the post of Governor of California, having done so in 2018 at the age of 22. The reality TV star maintains good friendships with fellow cast members like Joey Sasso, the winner of the show’s first installment.

Where is Billie-Jean Blackett Now?

The gorgeous Billie-Jean Blackett may have donned the persona of Bruno during her time in the reality series, but it did not stop her from forming some genuine connections with people like Chaz. As for her current standing, the 27-year-old is presently based in Welwyn Garden City, Hertfordshire, UK, where she is affiliated with Forte Model Management and often participates in advertisement campaigns. Additionally, she has her own radio show on Flex FM every Friday from 10 AM to noon, throughout which she plays old-school R&B and Hip-hop music. We should also mention that Billie-Jean is a travel enthusiast and is always happy to take even the most minor trips whenever possible.

Where is Brian Clark Now?

Even though he was the first person to be eliminated in the fifth installment of the Netflix series, Brian Clark seemingly enjoyed his reality TV appearance. While he does work as a fraud investigator, he is also a social media influencer, touting himself as a “dadfluencer.” His content often revolves around his travels to places like Spain and Costa Rica and often features his partner Amber.

Brian and Amber got engaged in August 2022, and they often attend soccer matches at Providence Park. In fact, the Netflix star is a huge supporter of Portland Thorns and Portland Timbers, the women’s and men’s soccer teams of his home city. Additionally, he is close to his real-life daughter Brittney (whose persona he’d donned for ‘The Circle’) and granddaughter Riley.

Read More: Where Is The Circle Filmed?