Where Was Black Adam Filmed? All Filming Locations 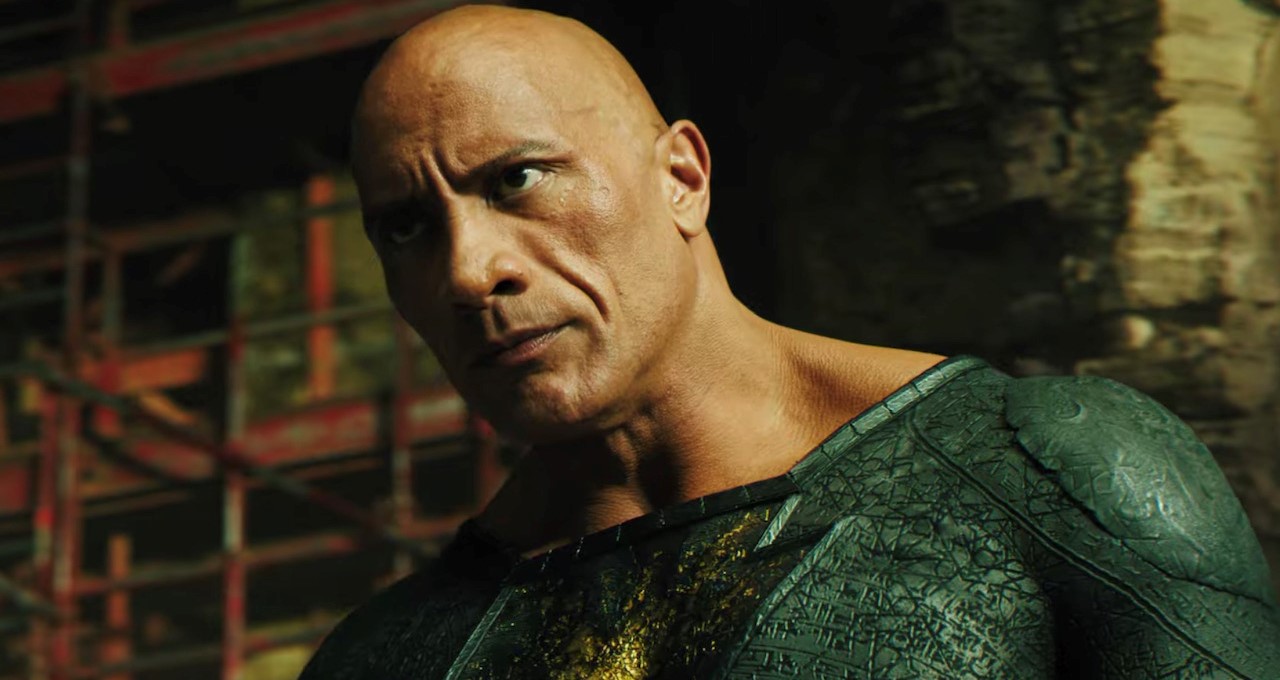 Based on the eponymous DC Comics character and a spin-off of the 2019 movie ‘Shazam!,’ ‘Black Adam’ is a superhero action movie directed by Jaume Collet-Serra (known for directing ‘Orphan,’ ‘Unknown,’ and ‘The Commuter‘), making it the eleventh installment in the DC Extended Universe (DCEU). The narrative centers upon the titular antihero from the ancient city of Kahndaq, who finds himself in the modern world 5000 years after getting imprisoned and having the supernatural powers of the Egyptian gods.

Adam’s unconventional and villain-like notion of justice attracts the attention of the Justice Society of America, comprising Hawkman, Dr. Fate, Atom Smasher, and Cyclone, who do their best to try and change his brute tactics and turn him into a hero from the villain that he appears to be. When a force even more dangerous than Adam himself looms over the world, the Justice Society of America and Adam must join forces and put an end to it.

Featuring some of the biggest names in Hollywood, including Dwayne “The Rock” Johnson, Aldis Hodge, Noah Centineo, Sarah Shahi, and Marwan Kenzari, the viewers are hooked on the film from the beginning to the end. Moreover, the impressive CGI and use of different sites in the backdrop add to the overall quality of the narrative. So, it is natural for you to want to know all about the actual filming locations of ‘Black Adam.’ Here are all the details regarding the same!

‘Black Adam’ was filmed in Georgia and California, specifically in Atlanta, Fayetteville, and Los Angeles. The original plan of the filming unit was to start shooting the DC movie in July 2020, but it got delayed due to the COVID-19 pandemic. Finally, after several months of delay, the principal photography for the film commenced in April 2021 and wrapped up in August of the same year. Moreover, a few reshoots were shot just a month before the movie’s premiere, in September 2022, including the scene with Henry Cavill’s cameo as Superman. Now, let’s not waste any time and head to all the specific sites where Black Adam leaves his mark!

A majority of the movie’s pivotal sequences were lensed across Atlanta, the capital and most populous city of Georgia. In particular, the production team of ‘Black Adam’ reportedly utilized the premise of the Centennial Olympic Park at 265 Park Avenue West Northwest in Atlanta to tape several key scenes for the film. It is a 22-acre public park that is a perfect venue for enjoyable family activities, events, concerts, light shows, and so on.

Moreover, Martin Luther King, Jr. National Historical Park at 450 Auburn Avenue Northeast served as another pivotal filming site for the superhero movie. As the name suggests, it is a historic park dedicated to the life of Dr. Martin Luther King Jr., who changed the course of history by raising his voice against societal injustice. As per reports, the cast and crew members also set up camp in and around Tiny Doors ATL at 1380 Atlantic Drive Northwest Suite 14100 to record additional portions of ‘Black Adam.’

Situated among the foothills of the Appalachian Mountains, Atlanta has hosted the production of different kinds of movies and TV shows over the years. Apart from ‘Black Adam,’ the Gate City has featured in ‘Do Revenge,’ ‘Till,’ ‘Day Shift,’ ‘Doctor Sleep,’ and ‘Ozark.’

Many key portions for ‘Black Adam’ were also taped in Fayetteville, a city in and the county seat of Fayette County. For shooting a majority of the film’s scenes, the filming unit utilized the facilities of the Trilith Studios at 461 Sandy Creek Road. The film studio is home to 24 different stages that vary in size as well as function, allowing the filmmakers to choose the most suitable one for their productions.

Furthermore, it provides a backlot space of over 400 acres with a wide range of landscapes, including city streets, fields, and two poured concrete visual effects pads, which explains why ‘Black Adam’ and many other superhero filming projects, such as ‘Spider-Man: No Way Home,’ ‘The Suicide Squad,’ and ‘WandaVision,’ have been filmed in the iconic studio.

The iconic and historic Fayette County Courthouse in Fayetteville also served as a prominent production location for the Dwayne Johnson-starrer. Constructed in 1825, it is known to be one of the popular tourist destinations in the city. In addition, several important scenes were lensed in and around the Ridge Nature Area. Located at 390 Burch Road in Fayetteville, it is spread across 308 acres and gives visitors a glimpse of the contrasting ecosystems and grants them environmental exploration opportunities.

After wrapping up all the portions involving Dwayne Johnson, the production team of ‘Black Adam’ moved to Los Angeles, the largest city in California and the second most populous city in the country, for a few weeks in July 2021 to finish off the shooting entirely. As per reports, the cast and crew members were spotted lensing several important sequences in and around the iconic Hollywood Sign. It is a landmark and cultural icon sitting atop Mount Lee, overlooking the Hollywood neighborhood in Los Angeles.

Additionally, the production team reportedly visited Venice Beach to shoot a minor portion of the film. The iconic tourist attraction is considered one of the busiest facilities operated by the Department of Recreation and Parks. Moreover, the Hollywood Walk of Fame on Hollywood Boulevard on Vine Street also features in a few scenes of ‘Black Adam.’ It is a historic landmark, spanning 18 city blocks in total with more than 2,700 five-pointed terrazzo and brass stars, that has little monuments with famous celebrities’ names.

Since Los Angeles is so closely linked with the Hollywood industry, it should not come off as a surprise that the City of Angels has hosted the production of a number of filming projects. Some of the notable movies and TV shows that have utilized the locales of LA are ‘Amsterdam,’ ‘Bullet Train,’ Blonde,’ ‘Grey’s Anatomy,’ and ‘The Winchesters.‘