Did You Know That These Actors Smoke? 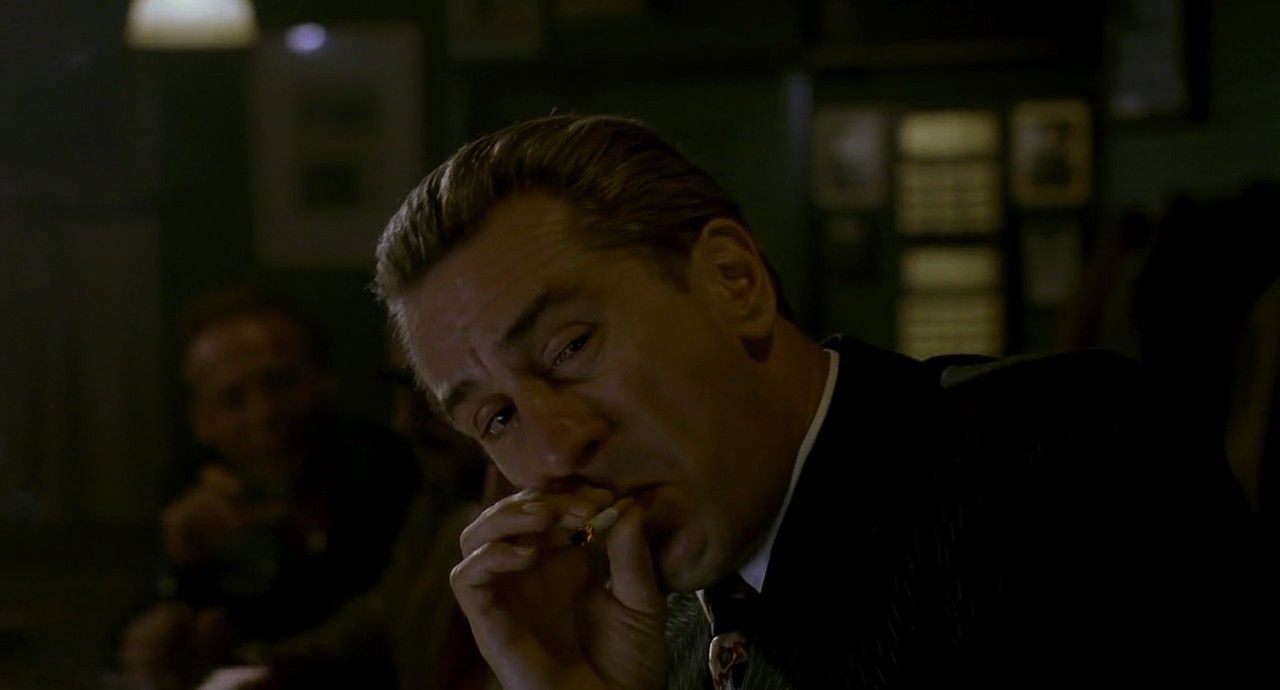 Knowing them from their brilliance on-screen, we unknowingly start looking up to several actors. With this, we learn to celebrate their achievements, empathize with their pain, and somehow assume that we know all about them. All the well-known actors that we know today have surely come a long way from what they used to be and undoubtedly, they’re all living examples of where willpower, resilience, and determination can get you. However, their lives aren’t as perfect as we usually think they are and just like us, they, too, succumb to unnecessary bad habits and addictions at some point in their lives. So here’s a list of some of the most renowned actors who smoke currently or used to smoke in the past.

Keira Knightley, who is mostly known for her role in ‘The Dutchess’, ‘Atonement‘, and the ‘Pirates of the Caribbean‘ franchise’, has been seen with a smoldering cigarette quite a lot of times on screen, especially in ‘Collete’. However, even off-screen, the actress has been caught casually puffing off on one while strolling the streets. According to one of her interviews for the Female First, the actress would often smoke with her mother while growing up and while they were at it, they often talk about sex.

Academy Award winner Kate Winslet apparently rolls her own cigarettes and picked up the vice when she was only 19. According to reports, she first started smoking on the sets of ‘Sense and Sensibility’. In one of her interviews with Vanity Fair, she even claimed that although she does smoke a lot, she avoids smoking at home when she’s around her kids. She further added to this by saying: “Like that makes it any better that I smoke at all because obviously it doesn’t. But I don’t smoke in the house. I mean, I had a cigarette this morning, which is because I hadn’t been. Coffee and a cigarette: bingo!”

Next year can I borrow 12 dogs so I can be Daniel Radcliffe smoking and walking 12 dogs for Halloween. pic.twitter.com/DykiiISRkh

Daniel Radcliffe is one of those few actors who openly talk about their smoking addiction. Back in 2012, The Los Angeles Times reported that the ‘Harry Potter‘ star even shipped his rolling tobacco to England once because “you can’t get good rolling tobacco there.” In another interview, he jokingly claimed that quite a lot of times, he surprises unsuspecting strangers by asking them for lighters until they realize that they’re “giving Harry Potter cancer.”

There were reports that the actor smoked about 20 cigarettes a day and was even going to quit it by attending rehab but there were no confirmations on this later on. Apparently, before this, he even tried to kick the habit by using hypnotherapy and e-cigarettes, but none of it worked.

I didn't know Kit Harrington smoking would be so damned sexy. pic.twitter.com/CLrNu6IkSY

Kit Harrington‘s smoking habit gave fans one major spoiler back when his ‘Game of Thrones‘ character, Jon Snow, was recently-murdered in the series. After being spotted sharing a smoke with another cast member, he unknowingly raised several rumors and speculations around the return of his character, out of which, many came true.

Unlike many other stars of Hollywood, Johnny Depp shows no shame being open about his smoking habit. He is, in fact, seen with a pack of cigarettes on many occasions. The actor had given up smoking for about two and a half years and even smoked fake fags on the set of ‘The Rum Diary‘, but he later gave in to his addiction again while he was on a private plane with director Bruce Robinson. One of the interviewers from Rolling Stone had even visited his mansion to question him about his marriage with Amber Heard. On his blog post, the interviewer mentions “Depp sits at the head of the table and motions toward some rolling papers and two equal piles of tobacco and hash, and asks if I mind.”

Tom Hardy has always been very open about his previous drug addiction and on several occasions, he has also been spotted with e-cigarettes, indicating that he’s still battling his old bad habits. According to reliable news sources, even on the set of his TV series ‘Taboo‘, the actor was seen puffing away on a vape while he interacted with other cast members of the show.

— Mark Zuckerberg’s Gap Hoodie in The Social Network (@ankIebracelet) May 28, 2019

Gwyneth Paltrow is known for being one of the fittest celebrities in Hollywood and even in her late 40s, she almost looks like she’s half her actual age. However, the ‘Iron Man‘ star has admitted a couple of times that she still smokes socially. Before she founded Goop, the actress would smoke two packs a day, but she later ditched the habit after getting pregnant with her first daughter.

Charlie Hunnam is again another one of those actors who preach about having a healthy lifestyle. The actor was even featured on the cover of Men’s Fitness but he, too, had a small stint of smoking addiction when he was preparing for his role as  Jax Teller in ‘Sons of Anarchy.’ After he finished shooting ‘SOA’, the British actor was reportedly struggling to give up on his newly acquired addiction.

Over the years, several paparazzi pictures of the critically acclaimed star, Leonardo DeCaprio, have revealed that he has been a long time smoker. The Academy Award winner has had a very promising career with films like ‘Titanic‘, ‘Inception‘,  ‘The Aviator‘ and ‘The Revenant.’ In one of his interviews, he addressed his addiction and even stated that he tried using a nicotine patch to get rid of it. But apparently, it gave him the most terrifying nightmares so he pretty much dropped the idea of quitting.

In the year 2002, when she was still married to Brad Pitt, Jennifer Aniston pledged that she would eventually give up on her smoking addiction. About a decade after this, she did keep her word and completely gave it up in 2011. Although she claimed that it made her gain some weight, the actress never relapsed. After almost two decades of lighting up, from what we know about her, she has been clean for the past nine years now. The actress also attributed her yoga practices as a replacement for her cigarette cravings.

After completely disappearing from the silver screen because of his brief stint of several addictions and mental breakdowns, Shia LaBeouf is now finally getting the attention he deserves through his recent critically acclaimed films like ‘Peanut Butter Falcon‘ and ‘Honey Boy‘. But not everything was sunshine and rainbows for him back in the day when he was struggling to deal with his own demons. In 2011, he was caught smoking right outside a restaurant and was fined $500. On several other occasions, Shia has been spotted casually smoking a cigarette while going about with his day.

An image of the ‘Batman‘ star Ben Affleck, smoking with a very distressed look on his face, had surfaced the internet a couple of years ago. And as expected, this was soon turned into a “sad Ben Affleck” meme which, for obvious reasons, went viral in no time. This later led to the rise of several other pictures of him where he sports a cigarette between his lips and seems to be having some sort of an out-of-body experience with each puff. The internet surely hasn’t been kind to him.

Joaquin Pheonix is easily one of the greatest screen actors of our generation and his brilliance with ‘Joker’ has further cemented his hold as an incredible actor. However, among many other talented actors, he, too, is known for taking “smoke breaks” during his shoots. He recently claimed that he has been trying to quit it through hypnosis and we can’t help but wonder how far he has gotten with it.

tired: renee falconetti in the passion of joan of arc is the best face acting in cinema

wired: robert de niro smoking while formulating a plan to kill morrie in goodfellas is the best face acting in cinema pic.twitter.com/sv6uH14fJ7

From his mannerism to his body language, Robert De Niro brings new life to all of his characters and everything about his acting feels perfectly calculated. His scene from ‘Goodfellas‘, where he flicks a cigarette and then drags it like a badass, is still considered to be one of his most iconic shots on screen. But does he smoke in real life? From what we know about him, there was a time when he would smoke cigars from time to time. But according to his recent interview with Cigar Aficionado, he has apparently given it up.