8 Movies You Must Watch if You Love Mowgli: Legend of the Jungle

With 2016’s ‘The Jungle Book’ still fresh in the mind of cinema-goers, 2018 was the best time for Netflix to step into the field of creating original content based on popular children’s stories. However, ‘Mowgli: Legend of The Jungle’ had nothing to do with Netflix when it was first conceived and started rolling. After dragging the project through a long visual effects stage, Warner Bros. sold the project to Netflix who then released the movie on the streaming platform after a brief theatrical run.

The plot centers on an unexplored darker side of the original source material by Rudyard Kipling. But narrative loses its charm while giving the impression that it is trying too hard to be different from the rest of the films which belong to the same genre. Hollywood biggies like  Christian Bale, Cate Blanchett, Benedict Cumberbatch, and Naomie Harris lent their voices to the iconic characters in the film. So, without further ado, here is the list of best movies similar to ‘Mowgli: Legend of The Jungle’ that are our recommendations. You can watch several of these movies like ‘Mowgli: Legend of The Jungle’ on Netflix, Hulu or Amazon Prime. 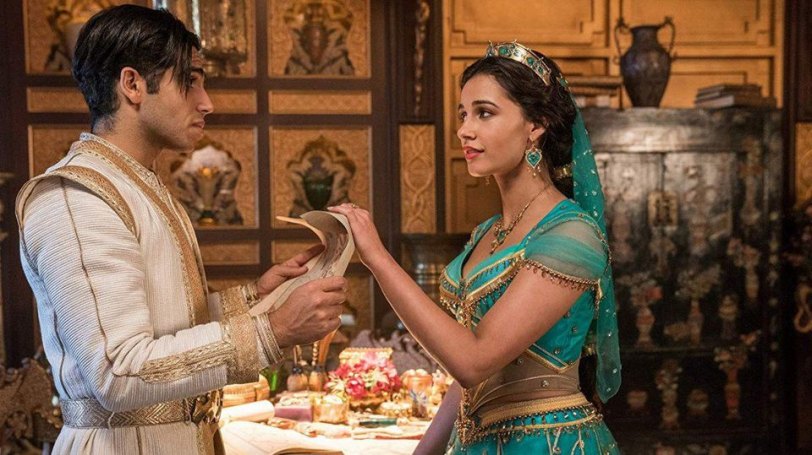 Another live-action adaptation of a classic Disney film, ‘Aladdin‘ made heads turn as soon as it was revealed that Hollywood icon Will Smith will be seen playing the role of the legendary genie in the project. Besides Smith, Mena Massoud plays the titular character while Naomi Scott plays Aladdin’s love interest Jasmine. When the first Aladdin film released way back in 1992, it became the highest-grossing animated film of all time until ‘The Lion King’ (1994) surpassed it.

The 2019 live-action remake has also become one of the highest-grossing films of the year, but it does not even come close to the cultural impact its predecessor had back in the day. What keeps us revisiting such movies is the nostalgic magical world in which we can get lost for some time before reality knocks at our doors once again. After all, the mythical stories were the skies where our childhood dreams took form and spread wings. 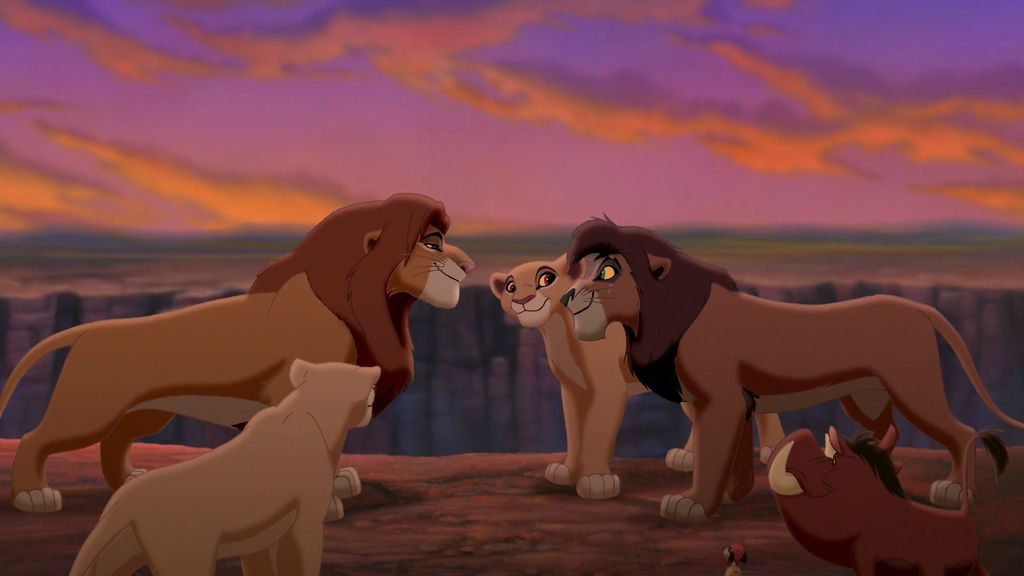 Even though, the sequel to 1994’s ‘The Lion King,’ ‘The Lion King II: Simba’s Pride’ never made it to the theaters, it manages to get a mention because of the way the story of Simba has been carried forward. In the preceding movie, we saw Simba’s relationship with his father Mufasa with all its grandeur. In the sequel, it completes a circle when Simba shows the same affection to his daughter Kiara.

Just like ‘The Lion King’ borrows its plot structure from Shakespeare’s ‘Hamlet,’ the story of ‘Simba’s Pride’ is inspired by the legendary playwright’s ‘Romeo And Juliet’. Despite not being as popular as its predecessor, ‘The Lion King II: Simba’s Pride’ garnered critical acclaim from certain quarters as a perfect sequel to the iconic film. Other critics not that enthusiastic, calling it a not-so-worthwhile watch for adults. 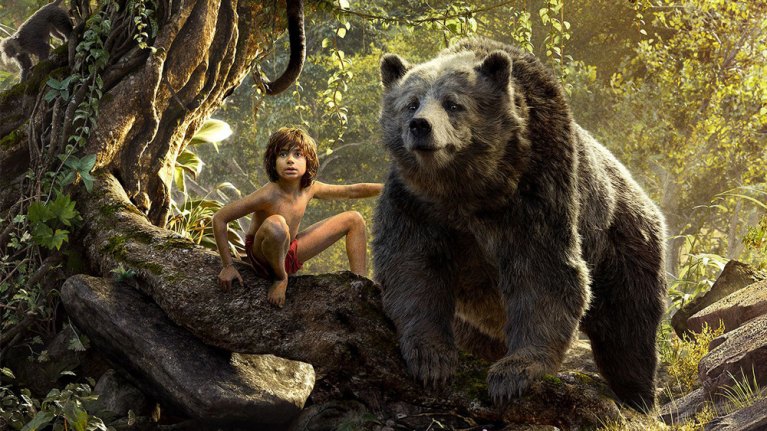 Rudyard Kipling’s epic tale of a young boy growing up in the heart of an Indian jungle among a pack of wolves has ignited the imagination of several generations since it first saw the light of the day. The book was first made into a movie by Disney in 1967 before being retold in 2016 using extensive CGI techniques. The story of ‘The Jungle Book‘ revolves around a small human child called Mowgli who is found and rescued by a pack of wolves. He grows up along with them and the other wild animals while protecting himself from the wrath of the blood thirsty Bengal tiger Shere Khan who has vowed to kill Mowgli at any cost.

The movie features an ensemble voice cast that includes Scarlett Johansson, Bill Murray, Ben Kingsley, and Idris Elba. Never before has this marvelous work of children’s fiction been better depicted onscreen. Besides being a tale of friendship and adventure, ‘The Jungle Book’ also raises important questions regarding race and identity. 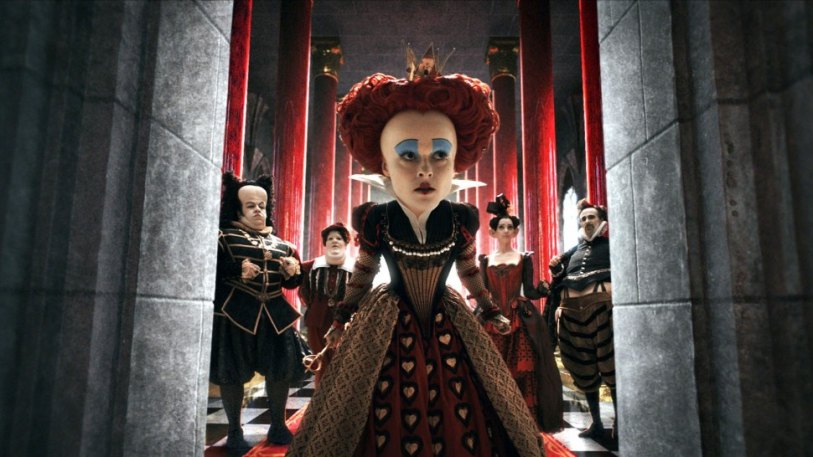 Whenever Tim Burton takes up a topic, he usually delivers something more than the source material. The world Burton conjures up to place his characters in becomes as important an aspect of the film as the narrative itself. This notion also holds true for his 2010 adaptation of Lewis Carrol’s era-defining children’s novella ‘Alice In Wonderland’. The film starts off as any usual period piece, but as soon as Alice steps down the rabbit hole, we enter the surreal landscape created Tim Burton.

He juxtaposes seemingly contradicting elements so seamlessly that it creates a sense of fantasy and aura which we hardly witness in any other filmmaker’s work in recent times. The story of this film does not exactly follow Carrol’s book but draws inspiration from from its sequel ‘Through A Looking Glass’ as well. Besides the visuals, the performances by Helena Bonham Carter as the Red Queen and Johnny Depp as the Mad Hatter are simply the stuff of legends. 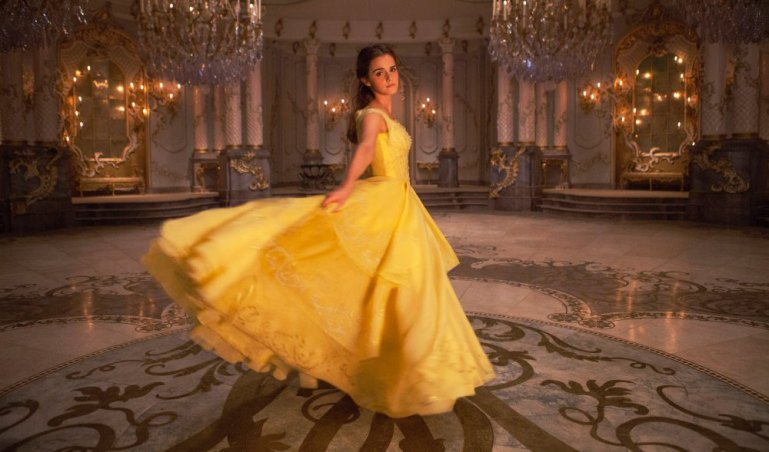 When 2017’s ‘Beauty and the Beast‘ hit the screens, I was sort of dragged to the theater rather unwillingly to watch the mega Disney musical fantasy starring Emma Watson. But as the film progressed I realized this was one of the finest adaptations of any fairy tale to screen. With the latest technological advancements in CGI, it seems as if the story has been translated directly from the book to the screen, without the change of medium affecting the author’s vision in any way.

Watson’s character is called Belle, and as we all are aware, she falls for Beast when she sneaks into his castle and tries to bring out the humanity buried deep inside the monstrous creature. With exceptional set designs, elaborate musical numbers, and strong performances by Watson and Dan Stevens in the leading role, ‘Beauty And The Beast’ weaves a spell of magic on the silver screen and enamors us with its charm throughout the length of the film. 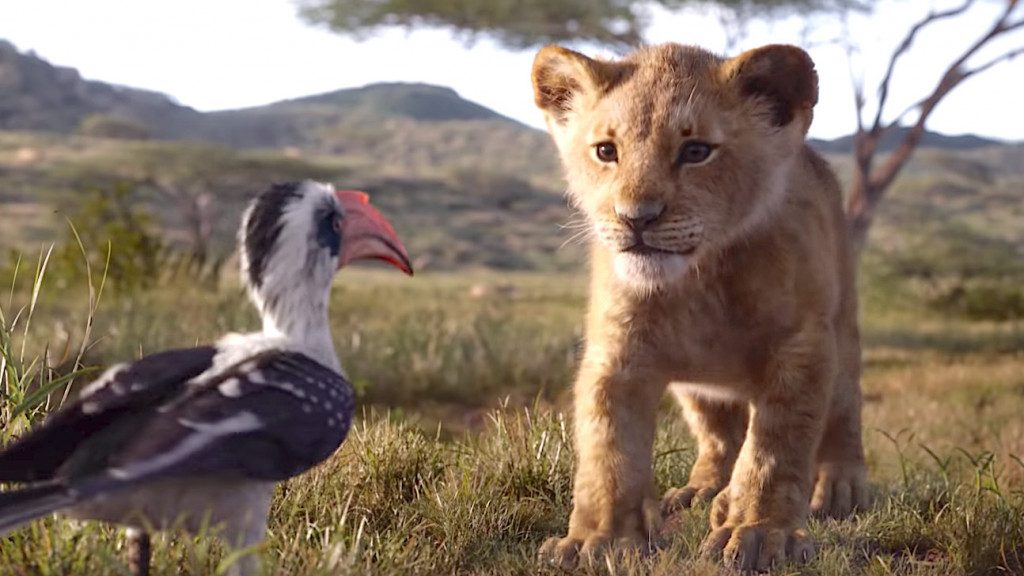 If I ask you to conjure up a story for children using the Bible and Shakespeare as your main sources of inspiration, you would think I have completely lost my mind. Children‘s stories are supposed to be fairy tales with good and bad characters devoid of any moral ambiguity, right? Well, if you are of this opinion, you have not even noticed when exactly the aforementioned sources were used to make one of the most famous children’s films of all time, 1994’s ‘The Lion King‘. Shakespeare’s famous play ‘Hamlet,’ and the lives of Joseph and Moses as depicted in the Bible are the inspirations behind the story of this tremendously popular animated feature.

As the CGI technology develops, we are witnessing a surge of remakes of old animated classics, with ‘The Lion King’ being another entrant jumped on to the live-action band wagon. This is a brilliant new innovation which brings animation as close as possible to reality. Though it offers a new viewing experience, questions remain as to how important it is to achieve a realistic look for a film which has already been declared a classic?  Be that as it may, 2019’s ‘The Lion King’ garnered huge interests from fans even before the movie hit theaters. 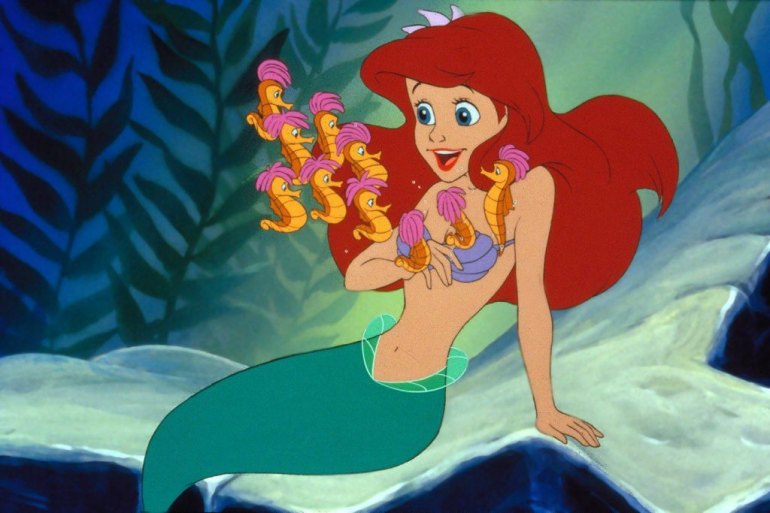 One of Disney’s most popular releases in the later part of the 20th century, ‘The Little Mermaid‘ depicts the story of a teen mermaid named Ariel and her adventures in the underwater kingdom called Atlantica. It is the evil sea-witch named Ursula who causes her all sorts of trouble on her quest to meet the love of her life, Prince Eric. ‘The Little Mermaid’ is a very important film in Disney’s history because it marked the onset of a period called ‘The Disney Revival’ in the history of the Studio.

The huge success of the animated flick brought back the past glory of Disney’s animated films. ‘The Little Mermaid’ is a  metaphor in which a girl tries to be different and is eager to shed away her natural self to be with someone else. This desire to lose one’s identity can be identified as a politically charged theme, but the way it is incorporated into the tropes of a fairy tale, the film works well for kids too. 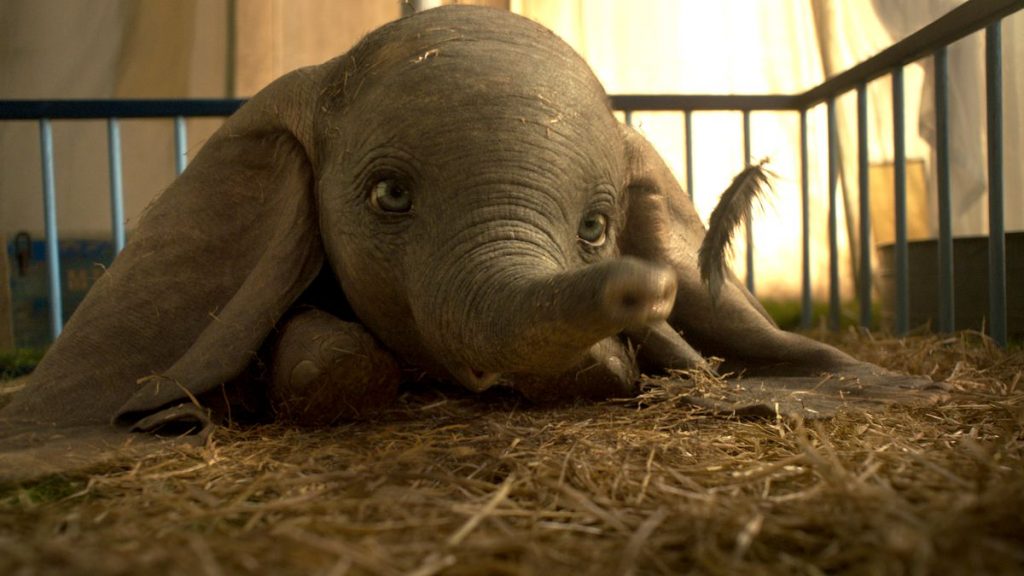 The 2019 version of ‘Dumbo‘ is the first film adaptation attempt on the iconic story since 1941. Thus, it cannot be said that there was a sense of nostalgia anticipation regarding this movie as there was for ‘The Jungle Book’ and ‘Beauty And The Beast.’

The story of ‘Dumbo’ centers around a young elephant who suddenly becomes the center of attention of a circus when it is discovered that it can fly. The film did not manage to do well either with the audiences or the critics, with most calling it an overindulgence of visual flair by Burton. However, it does boast of certain strong performances by Michael Keaton and Danny DeVito, actors who earlier worked with Burton in ‘Batman Returns‘ (1992).