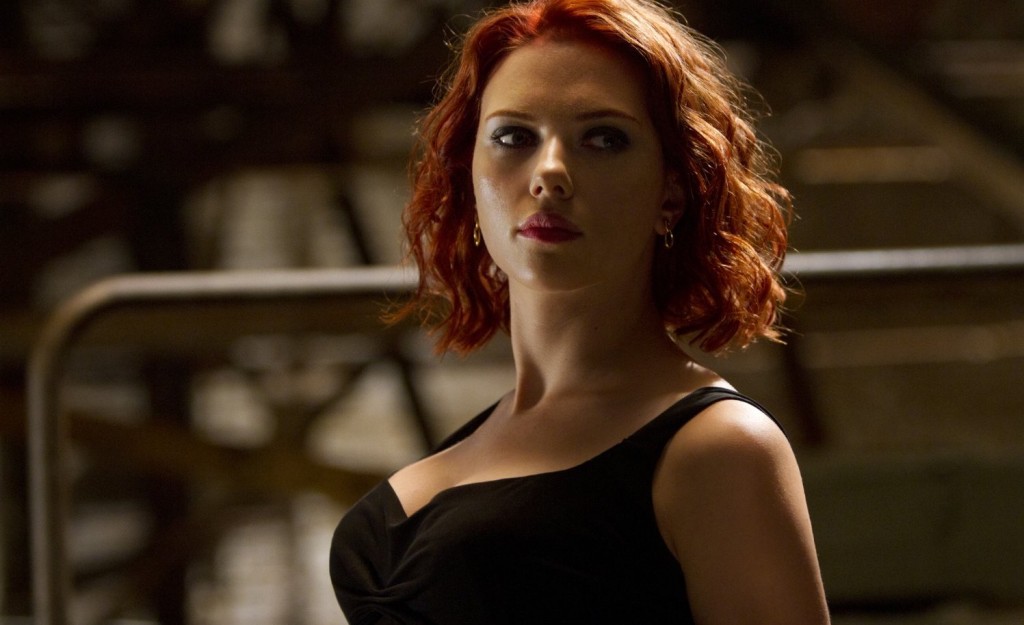 Beauty comes in all shapes and sizes. It doesn’t matter if you’d don’t possess the “ideal” supermodel height (unless you want to be a model; for that, they do have some strict height requirements.) However, what truly matters is believing in yourself, your talent, having a strong passion for what you love and being content with what you’ve got. These actresses have won the hardships of being short to going on to become great actresses. How else do you think these actresses made it so big? Short people are known to age gracefully and look very beautiful. It gives us great pride to mention that each one of them are unique in their acting style, choice of projects taken and their beauty.

Anyways, some famous actresses who are on this list look even more teeny tiny when standing next to their tall husbands and boyfriends. It is hard to believe that they are really short in height. Again, here we are considering only those actresses who are known for their acting prowess, style and choice of movie projects taken and not only just how beautiful they look. Here is the list of top short actresses. They might be small in height but not in their stature. These short female celebrities have big talent.

Well this doesn’t come as a big surprise for any Game of Thrones fan considering the fact her GOT co-star Jason Momoa‘s character Kal Drogo makes Clarke‘s character Daenerys Targayen look like an ant! Still, her performance in GOT has captured all the fans’ hearts worldwide. At only 5’2″, Emilia Clarke (and our one true Khaleesi) proves that you don’t need to be tall to be fierce. Daenerys Targayen is one shortie we definitely want on our side in any fight, with or without the dragons!

If you’ve seen the Pitch Perfect movies, you know that Anna Kendrick has some serious pipes and is also capable of a serious attitude. But you may not know that she is only like five feet tall, a fact that makes her already skyrocketing adorability factor kind of unbearable. But Kendrick isn’t just known for the Pitch Perfect movies for she’s also given some terrific performances in movies like ‘Up in the Air’ (2009), ‘The Twilight Saga‘ (2008-2012), and ’50/50’ (2011).

Kristen Bell is pretty well known as one of Hollywood’s smaller actresses at 5’1″. It helps that her husband Dax Shepard is 6’2″. Some of the best roles include being in the very critically acclaimed teen noir mystery drama series Veronica Mars (2004-2007) as the titular character. Given the success of ‘Frozen‘ (2015) voicing the role of Princess Anna, she’s definitely one of the most recognizable actresses working in Hollywood today.

Yes she may be short but that didn’t stop her from going to become one of the best actresses working in Hollywood, did it? She made her mark into the industry by getting an Oscar nomination for playing a teenage prostitute in Martin Scorsese‘s ‘Taxi Driver‘ (1977) at the age of just 14. Her transition to adult roles turned out to be really good as she went on to become one of Hollywood’s leading ladies in movies like ‘The Accused’ (1989), ‘Panic Room’ (2002), ‘Flightplan’ (2005), ‘Inside Man’ (2006) and ‘The Brave One’ (2007). But her best role till date has to be in one of the best psychological thrillers of all time – ‘The Silence of the Lambs’ (1991) where she played an FBI agent Clarice Sterling.

Ellen Page made major headlines a few years ago for coming out thus going from an indie star to becoming a lesbian icon. At just 5’1″, she commands a lot of attention and is a major presence in her films. Her most notable roles include playing Kitty Pryde, a mutant in the X-Men film series and in Christopher Nolan‘s ‘Inception‘ (2010). But anyone who’s watched her movies will agree that her best role has always been in ‘Juno‘ (2007) where she did a terrific job playing a pregnant teen for which she was nominated for SAG, BAFTA, Golden Globe and an Oscar too.

Amy Poehler is undoubtedly one of the funniest actresses working in the industry today. She has a commanding presence on television with her best role as Leslie Knope in the NBC sitcom ‘Parks and Recreation‘ (2009-2015) for which she won a Golden Globe. She’s also known for her terrific work on SNL throughout the years for which she won an Emmy. So what if she’s short? Just watch for her improvisational comedy in any of the films she’s worked in and as a host for the Golden Globes three years running.

Reese Witherspoon is like the female Tom Cruise. Not only is she very beautiful but also is a terrific actress with an Emmy, BAFTA, Golden Globe and an Oscar award to her name. Her memorable film roles rarely acknowledge how short she is at just 5’2″. Bonus points for the camera work, guys! It’s quite strange that her height was never even mentioned in ‘Legally Blonde‘ (2001). But still, she’s given some terrific performances in movies like ‘Sweet Home Alabama’ (2002), ‘Walk the Line’ (2005), ‘Monsters Vs Aliens’ (2009), ‘Water for Elephants’ (2011) and ‘Wild’ (2014).

Being the daughter of two famous people working in the Indian film industry, Kajol has gone on to become one of the best known and well-respected Bollywood actresses of all time. What makes Kajol such a great actress is her choice of acting in a vast variety of films. Some of her best works include playing a villain in ‘Gupt: The Hidden Truth’ (1997) and the psychological thriller ‘Dushman’ (1998). Some of her other well-known roles involve playing a conservative NRI in ‘Dilwale Dulhania Le Jayenge’ (1995), a tomboy in ‘Kuch Kuch Hota Hein’ (1998), a loquacious woman in the melodrama ‘Kabhi Khushi Kabhi Gham’ (2001), a blind Kashmiri woman in the romantic thriller ‘Fanaa’ (2006) and a single mother in ‘My Name is Khan’ (2010). Anyways it doesn’t come as a surprise that she’s just 5’3″. But how does that even matter? She has six Filmfare awards and a Padman Shri, the fourth highest civilian honour in India to her name. That’s what matters. Simply putting it, Kajol will always capture the hearts of all the Bollywood fans with her quickness, innocence and for being a fine actress, no matter what her role might be.

Easily being one of the best Mexican Actresses working in the Hollywood industry today, Salma Hayek made us take notice of her roles in ‘From Dusk till Dawn’ (1996) and as Carolina in the Mexico trilogy – ‘Desperado’ (1995) and ‘Once Upon A Time in Mexico’ (2003). Hayek has since gone on to act in films like ‘After the Sunset’ (2004), the Grown Ups movies, and just recently ‘The Hitman’s Bodyguard’ (2017). She was even nominated for an Oscar for playing world famous artist Frida Kahlo in ‘Frida’ (2002). So naturally, it doesn’t come as a surprise that she’s so short but damn, she’s hot! She’s undoubtedly one of the sexiest actresses in Hollywood and on this list too!

Carrie Fisher‘s iconic role as Princess Leia in the Star Wars movies has captured the hearts of all the Star Wars worldwide and also for being every teen and guy’s fantasy in the 80s and 90s! So it doesn’t really come as surprise to us regarding her height when she’s seen hanging with her Star wars co-stars – Mark Hamill and Harrison Ford in the star wars movies who are far more taller than her. Also, if you’ve seen her in interviews then you know she’s very sarcastic and has a wonderful sense of humour which makes us love her even more! Anyways, it’s too bad she passed away a couple of years ago. We would have loved to see her for one final time in the upcoming ‘Star Wars: Episode IX’ (2019). Rest in peace, Carrie Fisher!

What do you get when you combine beauty, brains and action? The answer: Scarlett Johansson. Scarlett has truly give us some memorable performances in a large amount of diverse roles in films like Sofia Coppola’s ‘Lost in Translation‘ (2003), Woody Allen‘s  ‘Vicky Cristina Barcelona’ (2008), the critically acclaimed ‘Don John’ (2013), voicing an intelligent computer operating system in Spike Jonze’s ‘Her‘ (2013) and playing an alien in the very underrated sci-fi ‘Under the Skin’ (2013). Her short height may surprise some but still, she’s considered a sex symbol by everyone. Scarlett also vowed all the comic-book fans with her amazing fight scenes and stunts (which she performed herself) as Black Widow in the MCU.

Natalie Portman made the world take notice of her for making a smashing debut in the now cult-classic ‘Leon: The Professional‘ (1994) where she plays a young protegee of a hitman she was just a young teen. Since then, she’s been in all sorts of genres of films like playing Padme Amidala in George Lucas’s Star Wars prequel trilogy (1999-2005), playing Thor’s love interest in first two Thor films, the romantic comedy ‘No Strings Attached’ (2011) and for playing a mysterious stripper in the romantic drama ‘Closer’ (2004). But some of her best works include playing Evey Hammond in ‘V for Vendetta‘ (2006), the psychological sci-fi horror ‘Annihilation (2018),  portraying the wife of President John F. Kennedy in ‘Jackie’ (2016) and playing an ambitious ballerina dancer in Darren Aronofsky‘s psychological horror ‘Black Swan’ (2010) for which she got an Oscar. At just 5’2″, Natalie Portman is simply the best actresses working in the Hollywood industry today.